Intermittent fasting in the dark: metabolic adaptation and resilience in cavefish

This conversation was lead by Nicolas Rohner, Associate Professor at the Stowers Institute for Medical Research. There are many cases in nature where animals had to adapt to periods of food overabundance and periods where food is either entirely absent or very scarce. A common strategy is to store excess energy as fat in times of plenty and to reduce metabolic rate in times of dearth. The genetic underpinnings of such physiological adaptations, however, are not well understood. The cavefish system Astyanax mexicanus is a promising research organism to study starvation resistance and adaptation to extreme metabolic states on a molecular level. We have previously uncovered genetic mutations underlying different strategies to cope with the nutrientdeprived cave environments such as hyperphagia, elevated fat storage, and insulin resistance. Remarkably, none of these phenotypes are leading to measurable health disadvantages in these fish, even when fed ad libitum in the laboratory environment. As such, we propose cavefish as a novel system which offers the possibility of identifying genetic pathways that can be protective under extreme nutritional situations. 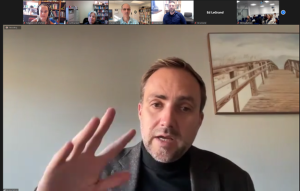