Why is human childbirth so difficult? Obstetrics and the evolution of labor

This conversation was led by Philipp Mitteroecker and Barbara Fischer, both in the Department of Evolutionary Biology’s Unit for Theoretical Biology at the University of Vienna, Austria. The incidence of obstructed labor in humans is strikingly high, in the range of 3-6% worldwide, mostly resulting from the disproportion of the mother’s pelvic dimensions and the newborn’s head. Mortality and morbidity due to this disproportion imposes a strong – and partly persisting – selection pressure. Why has natural selection not led to a wider female birth canal and reduced obstructed labor?

They presented a model that explains the high rate of obstructed labor by the specific properties of the selection scenario involved in human childbirth. Drawing from epidemiology and evolutionary quantitative genetics, the model allows for an estimation of the strength of selection on neonatal and maternal dimensions. They showed how moderate directional selection suffices to account for the high rates of cephalopelvic disproportion and discussed why selection is unable to reduce these rates. Furthermore, the model predicts a considerable evolutionary response of pelvic and/or neonatal dimensions resulting from the regular use of Caesarean sections, and it also explains the intergenerational “inheritance” of Caesarean delivery. They also showed how environmental, economic, and demographic transitions contribute to the global rates of Caesarean section. This illustrates the importance of evolutionary theory to understand biosocial and epidemiological change in modern societies. 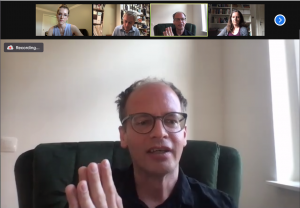 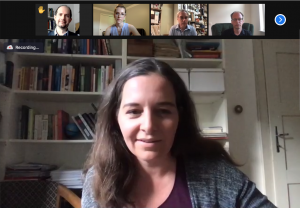