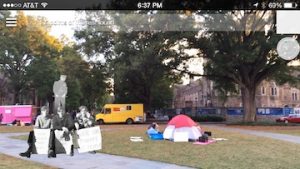 Prof. Morton is author of Hybrid Modernities: Architecture and Representation at the 1931 International Colonial Exposition in Paris (MIT Press; Japanese edition, Brücke). She has lectured and published widely on architectural history and race, gender and identity, including a forthcoming essay, “Decolonizing the ACHAC Collection,” in a Getty publication edited by Dominic Thomas, Steven Nelson, and Rebecca Peabody.

Her current project, Paying for the Public Life, analyzes written and built work by architect Charles W. Moore and others to trace changes in the public realm in 1960s America. A forthcoming essay in Amerikastudien/American Studies (Journal of the German Association for American Studies), “Territoriality and Surveillance: Defensible Space and Low-Rise Public Housing Design, 1966-1976,” examines the ways low-rise public housing was influenced by theories of “defensible space,” architectural design in service of crime prevention.

Morton has been editor of the Journal of the Society of Architectural Historians and currently serves as Second Vice President of the Society of Architectural Historians. She is a member of the L.A. Tenants Union; she and members of the Union are writing a collaborative text entitled, “Affordable Housing is a Scam” that exposes the ways many affordable housing programs further displacement and gentrification.

Her only previous experience with digital media was participation in a Web-based, feminist project, WomEnhouse, that launched in 1996.

That said, Morton in her many leadership and editorial roles is in a unique position to give us an overview of the field of important questions in spatial analysis of interest to art and architectural historians. We have invited her tonight to share her insights on the state of the field in order to establish key terms of debate for our panels which follow tomorrow.

David Fredrick
Associate Professor of Classics, and Director of the Tesseract Center for Immersive Environments and Game Design, University of Arkansas

Prof. Fredrick received his Ph.D in Classics from the University of Southern California in 1992. He works at the intersection of higher education and video games, with research interests that include Roman art, architectural history, spatial cognition, and the use of machine learning and neural networks in art history. As director of the Tesseract Center, he manages the production of video games, interactive visualizations, and VR content for teaching and research. In addition to Virtual Pompeii, Tesseract projects include a mobile-based game to teach neuroscience, a game-based module on the Civil Rights movement, a VR application for the Chiesa Nuova/Oratorio dei Filippini complex in Rome, and a VR prototype for Francis Guy’s Winter Scene in Brooklyn. A virtual gallery application (Gallery 5) for the Crystal Bridges Museum of American Art received a Golden Muse Award from the American Alliance of Museums in 2015, and the video game Mythos Unbound, created to teach classical mythology, received best in category for desktop applications at the European Conference for Game Based Learning in 2015.

Fredrick has presented at numerous conferences, including the UNITE Unity3d conference in 2013, Museums and the Web in 2015, the Archaeological Institute of America Annual Meeting in 2015, the Cotsen Memorial Lecture at UCLA in 2018, and Computer Assisted Archaeology in 2018. In 2013, he received the Excellence in Teaching award from the Honors College of the University of Arkansas; in 2004 he received the national Excellence in Teaching award from the American Philological Association.

Mauro Mussolin is a historian of architecture and art with a Ph.D. from the Università IUAV di Venezia (2001). He has published on Italian urban history and the Renaissance. Mauro is now Gastwissenschaftler at the Kusthistorisches Institut in Florenz, and visiting professor at the ENAC-EPFL (School of Architecture, École polytechnique fédérale de Lausanne). Leonardo Pili is a graphic designer working in Florence. Since 2009, Mauro and Leonardo has been working on team projects related to the theory and practice of architecture and material culture from the Late Medieval to Modern times and in particular on Michelangelo.

Between 2015 and 2018 Mauro received fellowships from the Center for the Advanced Studies on the Visual Arts (CASVA) at the National Gallery of Art in Washington DC, the Metropolitan Museum of Art, the Italian Academy at Columbia University in New York, and the Getty Research Institute in Los Angeles. At these institutions Mauro and Leonardo collaborated on the project Michelangelo and Paper as Palimpsest, examining the artist’s idiosyncratic use of paper in drawing and writing with the help of forensic analysis, enhanced imaging, and augmented reality. Their research will appear early in 2020, to be released by the Kunsthistorisches Institut in Florenz in two different but complementary publications, a traditional book and a more dynamic and interactive e-book. The presentation today will offer a preview of the contents of the electronic book.

Burcak Ozludil is an architectural historian whose research focuses on the intersection of human sciences, urban/architectural space, and uses of digital tools that facilitate scholarship in these fields. She holds a Ph.D. in Urban Systems (Rutgers University and NJIT). Her research interests are evident in her dissertation, entitled “Madness and Empire: The Ottoman Asylum, 1830-1930,” which was shortlisted for the BRAIS-De Gruyter 2019 Prize in Islamic Studies. She received fellowships from Social Science Research Council, Turkish Cultural Foundation, and Getty Foundation (the last one for development of an agent-based modelling framework for historical research through the Advanced Topics in Digital Art History: 3D and (Geo)spatial Networks Summer Institute, 2018-2019). She also received multiple seed grants for interdisciplinary projects, the latest of which supports the virtual and diffusion analysis of street shrines in Rome using VR.

She is the co-founder of SpatioScholar, a scholarly digital platform for temporospatial analysis. The project “Life of an Insane Asylum: A Temporospatial Simulation” created using SpatioScholar won a New York City Digital Humanities Graduate Student Digital Project Award (Honorable Mention) in 2016. She has published and presented on temporospatial analysis of psychiatric spaces, digital art/architectural history, Ottoman insane asylums and imperial hospitals, and Islamic architecture. She taught courses at NJIT and Istanbul Okan University on architectural history and digital humanities. She worked as the managing editor of Arredamento Mimarlik, the Istanbul-based architecture/design monthly. Burcak is currently the Associate Dean of the Albert Dorman Honors College at NJIT.

Colin Rose is an historian of early modern Italy, and his research interests focus on how communities constituted and managed themselves in unstable worlds of poverty, precarious work and potential violence. He teaches at Brock University in St. Catharines, Ontario, where Rose is Assistant Professor of European and Digital History. As the Lead RA and now Co-Principal Investigator for DECIMA, Rose has been responsible for overseeing project design and execution, and for GIS cartography. HGIS allows him to better understand the role of physical space, and movement through it, in shaping the daily lives of early modern city dwellers. Whether looking at the residential patterns of particular professions or the prosecution of violent crime, location mattered in early modern Europe, and Rose is always interested in flexible and dynamic ways to explore the relationships between space, social action and spatial representations of behaviour. His first book, A Renaissance of Violence: Homicide in Early Modern Italy, has just been published by Cambridge University Press.

Lisa M. Snyder is the director of Campus Research Initiatives and acting director of the Research Technology Group for UCLA’s Office of Information Technology and Institute for Digital Research and Education. She has a Master of Architectural History from the University of Virginia and a Ph.D. in Architecture from UCLA. Her primary research is on pedagogical applications for interactive computer models of historic urban environments. With funding from the NEH, Lisa led the team developing VSim, a software interface that provides users with the ability to craft narratives in three-dimensional space as well as the ability to embed annotations and links to primary and secondary resources and web content from within the modelled environments (HD-50958-10 and HK-50164-14).

In 2017, Lisa and Elaine Sullivan (UCSC) published “Digital Karnak: An Experiment in Publication and Peer Review of Interactive, Three-Dimensional Content” in the Journal of the Society of Architectural Historians, detailing the use of a 3-D reconstruction of the ancient Egyptian temple complex as the basis for a publication prototype within VSim that included embedded academic argument and annotations within the 3-D reconstruction. Snyder’s presentation at Duke will feature her reconstruction model of the 1893 World’s Columbian Exposition.

Augustus Wendell is an educator, technologist and designer. Augustus has an MFA in Computer Art from The School of Visual Arts and an undergraduate degree from Northeastern University. He researches the intersection of the built environment and digital inquiry and has published on digital humanities and heritage, digital design research and design education. Prior to his appointment at Duke he taught at the New Jersey Institute of Technology where he directed the Digital Design degree and was the director of the Motion Analysis Lab and the Virtual Reality Lab. Augustus has also held appointments at Parsons the New School for Design, The New York School of Interior Design and Virginia Tech. As owner and creative director at kim.wendell design llc, Augustus has directed visual imagery campaigns for numerous national and international clients.

Stephen Whiteman is Senior Lecturer at the Courtauld Institute of Art, where he is Director of Research Degree Programmes and convenor of the Digital Art History Research Group. His research and teaching focuses on the visual and spatial cultures of early modern China in their global contexts. Current projects include a connected history of landscape and space in early modern Eurasia, histories of mapping and maritime cultures in China, and modelling subjective experience of early modern Chinese landscapes through immersive 3-D environments. He is also project director for Site and Space in Southeast Asia, a collaborative research program exploring the intersections of art, architecture, and urban space supported by the Getty Foundation’s Connecting Art Histories initiative.

Stephen is co-author of Thirty-Six Views: The Kangxi Emperor’s Mountain Estate in Poetry and Prints (Dumbarton Oaks, 2016), which received the John Brinkerhoff Jackson Book Prize in 2017, and Floating Time: Chinese Prints, 1954–2002 (Power, 2016). His new book, Where Dragon Veins Meet: The Kangxi Emperor and His Estate at Rehe, will appear with University of Washington Press in early 2020. Prior to the Courtauld, he taught at the University of Sydney and Middlebury College. 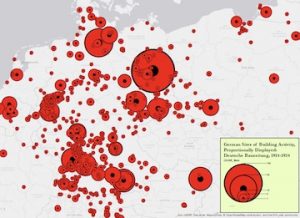