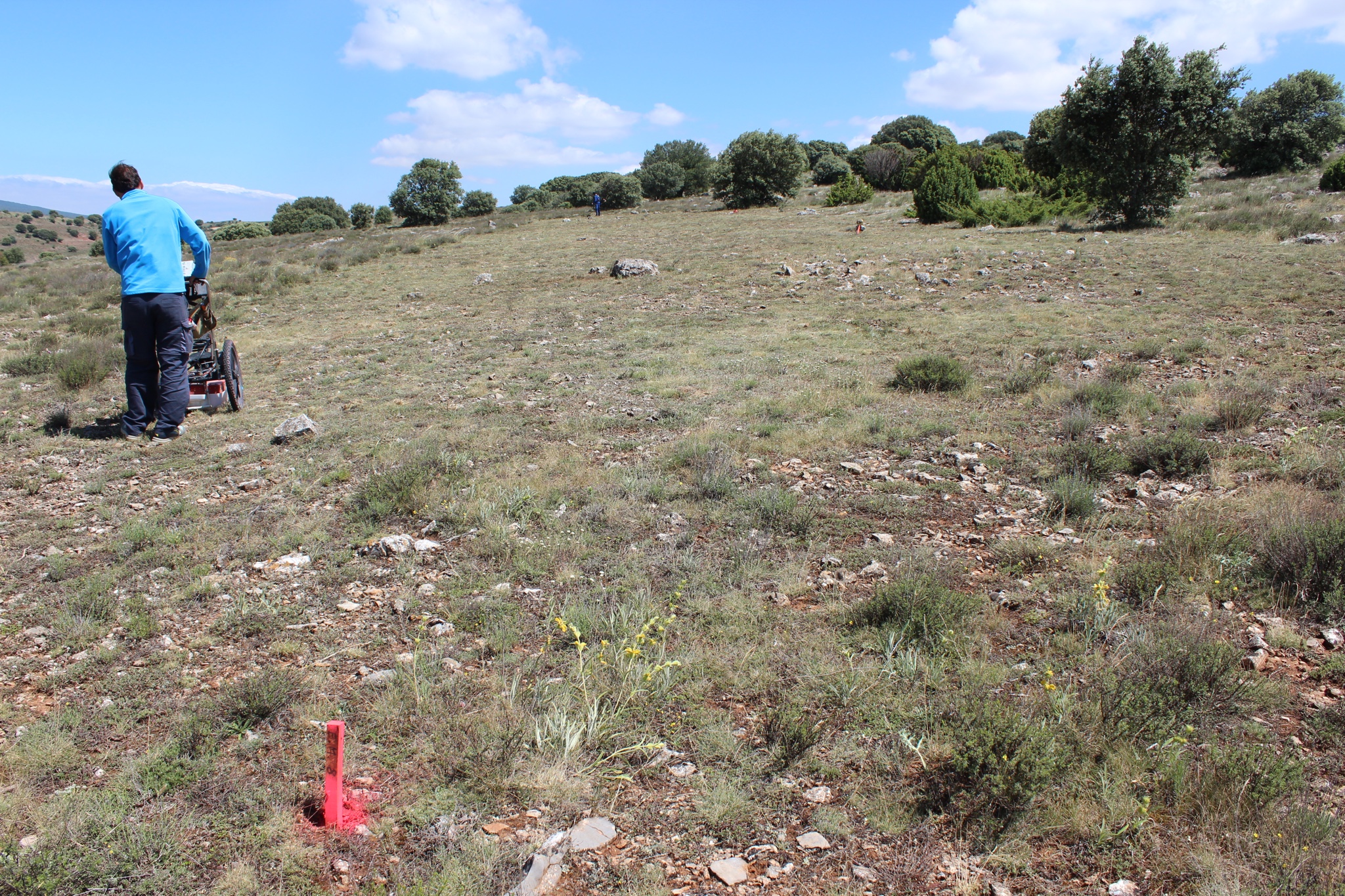 Geophysical survey at the Roman camps at Renieblas (Spain)

The international team led by Duke University (York University, the University of Munich and Geozone) is conducting a geophysical survey at one of the earliest and best preserved Roman republican camps in the Mediterranean. The data gathered during the Electromagnetic (EM) and Ground-Penetrating Radar (GPR) survey at Renieblas (Spain), generously supported by The Arts and Sciences Council (Duke University), will provide crucial information for the project. Duke is preparing to begin its excavations at the site this summer.

A map of one of the five Roman camps found at Renieblas often illustrates discussions about the basic structure of the Republican army described by Polybius in the book 6 of his Histories. The site is also important to elucidate the vexed questions of the supply to the army in the Early Roman provinces, the pay of the republican army, and the beginning of local coinage in a large area of Hispania Citerior.