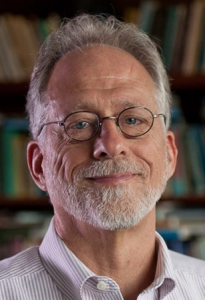 Mike obtained a B.A. in Psychology in 1972 from Duke University and then a Ph.D. in Psychology in 1980 from University of Georgia. He was a Professor of Psychology at Emory University and an affiliate scientist at Yerkes Primate Center from 1980 to 1998. Since 1998, he has served as the Co-Director of the Max Planck Institute for Evolutionary Anthropology in Leipzig, Germany. Currently, he is also a Professor of Psychology and Neuroscience at Duke. His research interests focus on the processes of social cognition, social learning, and communication/language in human children and great apes. His recent books include Origins of Human Communication (MIT Press, 2008), Why We Cooperate (MIT Press, 2009), A Natural History of Human Thinking (Harvard University Press, 2014), and A Natural History of Human Morality (Harvard University Press, 2016). 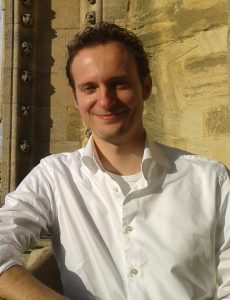 Wouter is a fourth year graduate student in the Tomasello Lab. He received a BSc in Criminology and a BSc in Psychology at Leiden University in the Netherlands, after which he graduated Cum Laude (with honors) from the Research Master’s (MSc) program in social psychology at the Vrije Universiteit in Amsterdam. He then conducted research for a year at the Social and Evolutionary Neuroscience Research Group, supervised by Professor Robin Dunbar at the University of Oxford, and subsequently returned to the Vrije Universiteit in Amsterdam to conduct fMRI research and teach undergraduate content and methods/statistics classes. Wouter’s current research is aimed at exploring what it is in human psychology that makes us so different from other animals (specifically apes). Specifically, he is interested in how the interplay between cognition (i.e., joint attention and shared intentionality) and motivation causes humans to engage in complex cooperation and large scale social cohesion, and, ultimately, social learning and cultural transmission. His projects are funded by Duke University and by an international Fulbright scholarship awarded in the Netherlands. 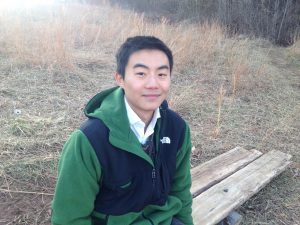 Leon is a third year graduate student in the Tomasello Lab. He received a BS cum laude in psychology from the University of Maryland, where he investigated the mental representation of polysemy with Dr. L. Robert Slevc and the development of moral reasoning and theory of mind with Dr. Melanie Killen. After graduation, he conducted fMRI research on mindfulness meditation and language processing at the Center for Advanced Study of Language (CASL) and then worked as a neuroscience lab manager for Dr. Susan Courtney at Johns Hopkins University. Leon’s current research interests are centered on normativity, the human capacity to establish values, norms, and expectations about the way things “ought” to be. Particularly, he is interested in how normativity scaffolds other important aspects of human cognition, such as culture, intentionality or language. 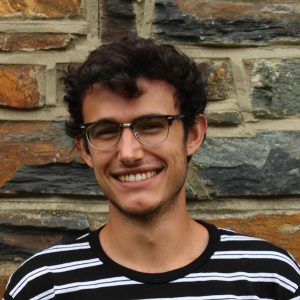 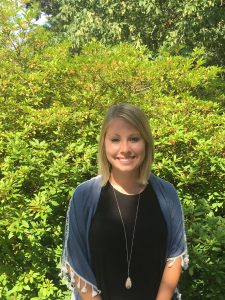 Amanda is originally from Granger, Indiana and graduated from Indiana University – Bloomington in 2018 with a bachelor’s degree in cognitive science and minors in psychology and business. During her time at Indiana University, she worked with Dr. Emily Fyfe in the Learning, Education, and Development Lab exploring how 6 and 7 year olds use concrete objects as learning tools in mathematics.  Her current research interests involve how people think and their learning process. She is particularly interested in the types of questions people ask and why they are asking them. 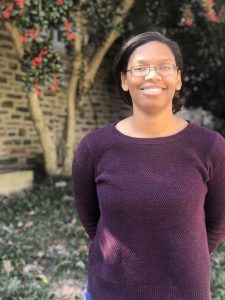 Kayla is a senior from Morrisville, North Carolina. She is majoring in Psychology, with a minor in Chemistry and a certificate in Human Development. With a plan to go to medical school after university, she hopes to go into pediatrics. She enjoys reading, volunteering in her community, and visiting her family in Jamaica during the summer. 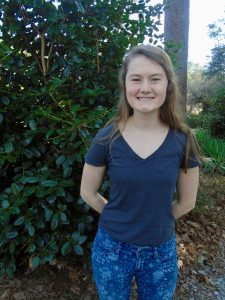 Julia is a senior from Orlando, Florida. She is majoring in Psychology and minoring in Spanish and Biology. After graduation, she hopes to pursue a career in medicine. Her research interests include studying how children develop language and form relationships. In her free time, she enjoys playing soccer, reading, and baking. 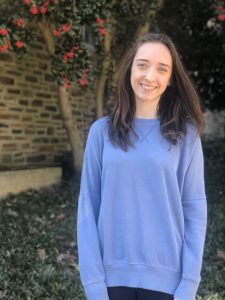 Kayley is a junior from Birmingham, AL. She intends to major in Psychology with a minor in French. She loves working with kids and is interested in personality development as well as social aspects of development. 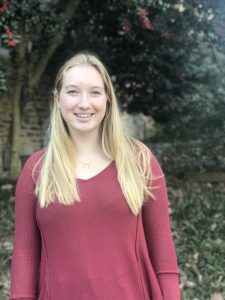 Camryn is a sophomore from Denver, CO. She intends to major in Psychology with a minor in Global Health. She plans to go to medical school after graduating from Duke. She enjoys skiing, working with kids, and volunteering. 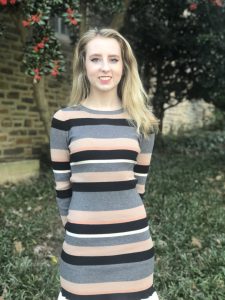 Sydny is a junior from Fort Mill, South Carolina. She is pursuing a major in Psychology with a minor in Biology and plans to eventually attend medical school in order to become a pediatric oncologist. While all of psychology fascinates her, she is especially interested in developmental and child psychology, particularly how trauma interacts with child development. In her free time, Sydny enjoys writing for The Chronicle, volunteering, and drawing. 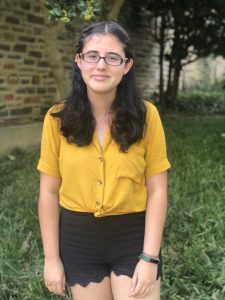 Paula is a senior from Bogota, Colombia who grew up in Jupiter, Florida. She is pursuing a major in Psychology and a minor in German. Her research interests include developmental psychology, clinical psychology, and cross-cultural differences. She intends to attend graduate school for clinical psychology. Paula enjoys reading and going to dance classes in her free time. 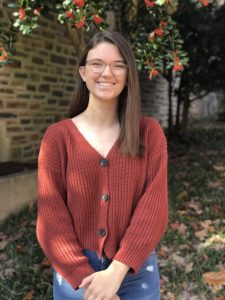 Kelly is a sophomore from Spartanburg, South Carolina. She is planning on majoring in Psychology with a minor in Neuroscience. She is interested in how early childhood experiences impact mental health, and plans on becoming a pediatric psychiatrist. 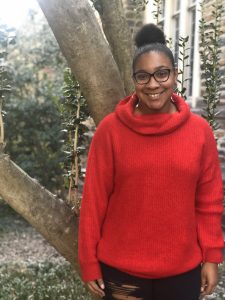 Jocelynn is a sophomore from Creedmoor, NC. She is planning on majoring in Psychology on a premed track. She loves working with kids and plans to go to medical school upon graduating Duke where she will either focus on Psychiatry or Pediatrics. 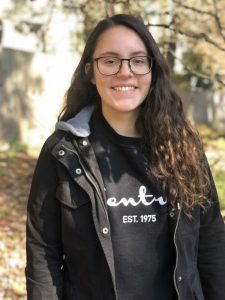 Sarah is a junior from São Paulo, Brazil, pursuing a major in Psychology and minor in Neuroscience. She is interested in social development, bilingualism, and the developmental impacts of cultural background. She loves working with children and currently tutors students of all ages in afterschool programs. Her hobbies include digital photography, crafting, and baking. 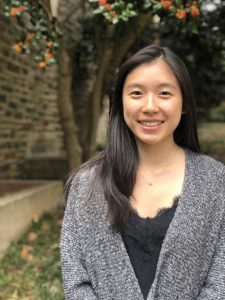 Melinda is a freshman from Seattle, Washington. She intends to major in Psychology and Neuroscience, and plans to attend medical school after graduation. She is fascinated by decision-making and the factors that affect peoples’ choices. Melinda enjoys working with children, playing badminton, traveling, and exploring. 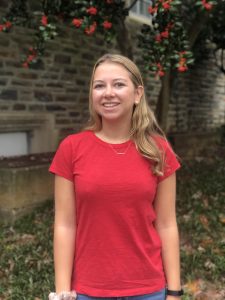 Lucy is a junior from Manhattan, NY. She is planning on majoring in Psychology while on the pre-med track. She is very interested in the social aspects of child development and loves working with kids! 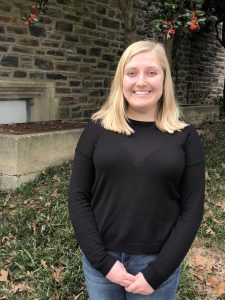 Anna is a junior from Concord, North Carolina who is pursuing a major in Psychology and minors in French Studies and Cultural Anthropology. She is particularly interested in developmental disabilities and advocacy for those who are affected by them. Anna loves working with kids and enjoys dancing and teaching dance in her free time! 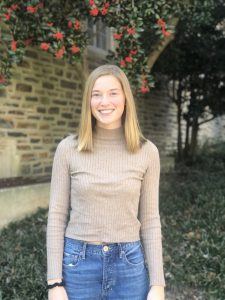 Dayna is a junior from Iowa. She is majoring in Psychology with a minor in Neuroscience. She plans on pursuing a PhD in Clinical Psychology and will hopefully be able to work with children in the future in the areas of moral and emotional development. In her free time, she loves hiking and baking. 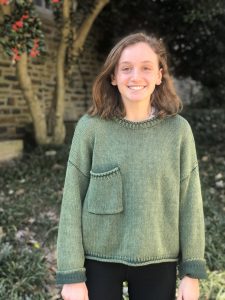 Bella is a first-year at Duke from Chapel Hill. She has not yet declared a major, but she is interested in psychology and especially fascinated by empathy and how the field of psychology can be used in restorative justice. She plays trumpet in the Duke Wind Symphony and is also a tour guide. Bella enjoys hiking, has two dogs named after food (Cheese and Waffles), has a younger brother, and thinks that kids are awesome. 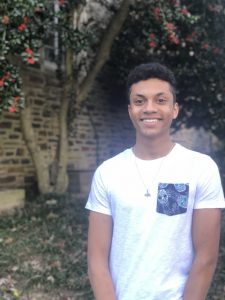 Aren is a sophomore from New York City pursuing majors in Philosophy and Psychology. He is very interested in how youth trauma impacts development and mental health, and intends to become a clinical psychologist.