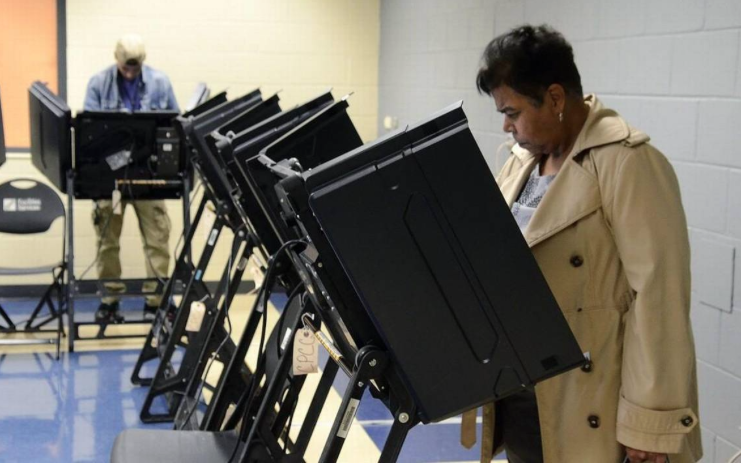 Sweeping legislation across the United States is changing the way Americans vote. Since 2010, state legislatures have tightened rules about who can vote and when. New rules have restricted early voting, curtailed same-day registration, and required voters to bring photo identification to the polls.

North Carolina has become a key battleground in the contest over the vote.

In 2013, following a United States Supreme Court decision that eliminated part of the 1965 Voting Rights Act, the North Carolina General Assembly passed H.B. 589, one of the strictest voting laws in the nation. The law provoked protests by opponents who said it targeted minority and poor voters. The North Carolina NAACP and the Department of Justice sued in federal court to challenge the law.

On April 25, 2016, a federal judge upheld the voting changes. Opponents challenged the ruling in the United States Court of Appeals.

To explore these questions in depth, undergraduate students at Duke University’s Sanford School of Public Policy conducted long-form interviews with central figures in the debate over voting rights in North Carolina. They recorded the testimony of civil rights leaders with more than half a century in the fight, who see those gains eroding, of a young activist getting his first taste of protest, to an activist on the other side of the issues engaged in a single-minded pursuit to prove that the state’s elections are tainted by fraud.

Voting resonates in the living experience of generations of North Carolinians. African Americans won the right to vote after the Civil War, only to see it stolen away at the turn of the twentieth century, and painstakingly won back decades later. Opponents of North Carolina’s voting law see it as a continuation of racist work to stifle the black vote. Proponents say that the dark days of Jim Crow are a distant memory, and the threat of improper voting necessitates common sense measures like photo identification.

On the cusp of the 2016 elections, the meaning of a vote could not seem more contested — or important.