Here are some lecture courses and seminars I have taught in recent years and plan to continue to teach in coming years. Click on the course title for the most recent syllabus.

Interest in corruption worldwide has exploded in recent years. Governments, multinational corporations, and international lending agencies mostly accede to a post-Cold War view that corruption is a widespread practical problem with a detrimental impact on outcomes of policies, investments, and projects. Ordinary citizens at the grassroots, who are the main victims of corruption, have stepped up anticorruption activism: for example, in more and more countries, they have created nongovernmental watchdog organizations to pressure governments toward greater transparency and accountability. This class has two major substantive goals. First, you will encounter a variety of perspectives and materials to learn about corruption, defined briefly here as the abuse of public power or the public trust for private gain. The class focuses on developing countries as well as advanced industrialized liberal democracies, including the United States. Second, you will learn about prospects for success in anticorruption reform and prescriptions for hurrying good governance along.

In an era of reform that began in the late 1970s, China has followed a unique path of development to achieve extraordinary economic growth, while consolidating its authoritarian rule politically. Evidence of the economic transformation is striking. Understanding the politics of contemporary China and gauging its change and continuity in recent decades is less straightforward. It is the broad goal of this undergraduate seminar.

Over the past decade and increasingly in recent years, scholarship on contemporary Chinese politics has undergone a transformation. A few indicators reflect this change: research questions generated more by the political science literature than by events in China; systematic collection of new sorts of evidence with a broader range of methods, including field experiments and survey experiments; analysis employing sophisticated quantitative methods, especially statistical methods but also formal theory. More of the new scholarship is published in disciplinary journals, not area study journals. Much of it is as yet represented only in working papers. This seminar takes graduate students through a careful and systematic reading of exemplars from the state-of-the-art scholarship on Chinese politics, placing the new research in the context of significant earlier works so as to better gauge its contributions.

Institutions are enduring systems of social constraint on behavior, which promote realization of order in society. This graduate seminar investigates emergence, maintenance, and change in informal political institutions—those not reflected in formal authoritative rules of governance, but which nonetheless organize political action. Its focus is both theoretical and on different sorts of institutions in a variety of empirical settings. It is a point of departure for developing research on this topic, applicable to any particular empirical political science field.

This seminar introduces the scholarly literature on corruption and anticorruption interventions. The focus is on empirical work, especially quantitative analytical work. If you have a particular interest in formal methodological approaches, you are welcome to focus on a selection of it in a literature review. 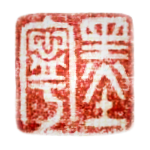