The World We Made does a reasonably good job of covering most topics necessary for a world view. However, I do not think Jonathon Porritt spent enough effort explaining the effects of AI and automation on society. The authors of “The Second Machine Age” compare the present to the industrial revolution where “a whole set of new machines come along that could automate muscle power, physical work.” They argue that “we are seeing a wave of technologies that can augment, automate all sorts of cognitive tasks, and we think, ultimately, those will have as big, or an even bigger effect on humanity as the first industrial revolution.” For such an essential part of humanity – such a projected widespread change should have been addressed in much greater detail.

It has been recognized in the last decade that a combination of automation and outsourcing, has reduced the demand for jobs that are repetitive – often blue-collar jobs. Training a machine to take over (completely or partially) from a human is often more cost efficient and certainly more accurate. However, a basic google search of “AI replace jobs” yields a fervent discussion about which professions are susceptible to being replaced by AI, robots or another form of automation – and it seems no profession is safe – including lawyers, accountants and politicians. It is important to note that automation will likely not replace professions entirely, simply increase efficiency to the point where large job cuts are likely. It is for this reason that headlines such as “Over the last 60 years, automation has totally eliminated just one US occupation”[1] are misleading (if you are curious, elevator operators have been totally replaced).

A highly cited Oxford study “The Future of Employment”[2] sheds some insight into the “bottlenecks to computerization” and used the factors to calculate the automobility of jobs. Bottlenecks include finger dexterity, awkward positions, originality, fine arts, social perceptiveness, negotiation, persuasion and caring for others. It is a highly intriguing list demonstrates potential changes to the status quo of work as we move into the future. (see list below)

NOTE: We should be cautious about projecting the future – one of Porritt’s predictions, a reduced work week (20 hours) was predicted in the past; in the 1930’s John Maynard Keyes predicted that his grandkids would be working a 15 hour work week. 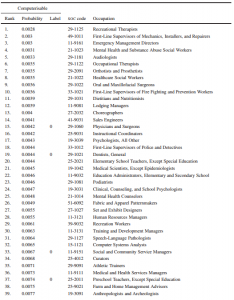 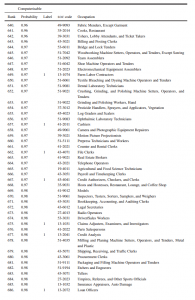 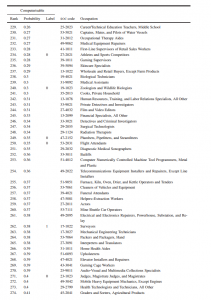 Figure 3: Jobs that have a good chance of being replaced my machines