If I could design a policy initiative, it would have to relate to food production and food waste. On a global scale, I think it would be a good idea to enforce certain limits to the amount of food wasted—for example, only a certain percentage of a country’s total food production is allowed to be wasted in any given year. Also, there need to be rules on food distributors and vendors to reduce the amount of food that never even makes it to consumers. Right now, over forty percent of food losses happen because the food doesn’t meet retailers’ appearance standards (and this number approaches sixty percent in the U.S). On more local and manageable scales, states and cities should pass policy to minimize their food waste by distributing excess food to those in need, even those outside of their immediate community.

We live in a wasteful society—every year, almost one third (or 1.3 billion tonnes) of the food produced worldwide gets lost or wasted, all while millions of people go hungry every day. This system can’t be allowed to continue, especially in a country like the U.S.A that prides itself on the “American Dream”. It’s no one’s dream to go hungry every night. Denmark was able to reduce their food waste by twenty-five percent in a five-year span, which shows that cutting the food waste in the U.S and even in other countries around the world is not too unrealistic of a goal. 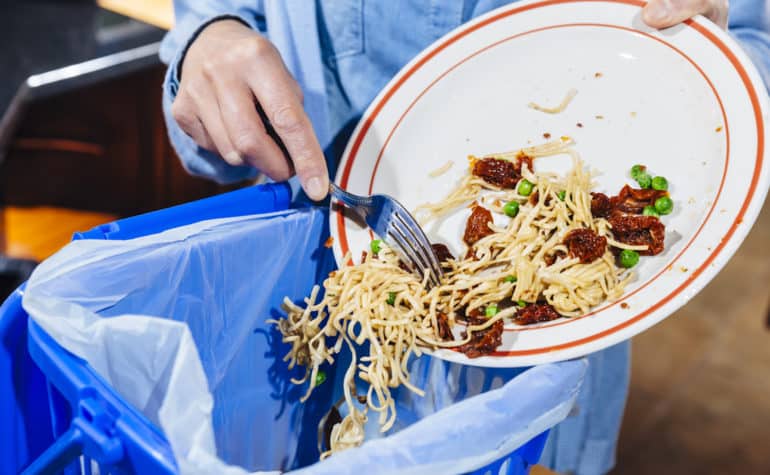