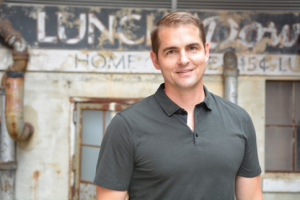 Dr. Tommy Sowers is a multi-sector leader who has led in the political, military, governmental, academic, corporate, entrepreneurial, non-profit and philanthropic worlds.

He is currently the Pentagon’s Southeast Regional Director for DOD innovation efforts, connecting academic and venture communities to help solve national security problems. As part of his role, he will return to Duke to teach courses at the intersection of national security, technology, and academia.

A 1998 graduate of Duke, Sowers earned his MSc and Ph.D. from the London School of Economics. Sowers began his 11-year military career in 1998 when he was commissioned into the Corps of Engineers. He led a combat engineering platoon in support of Peacekeeping Operations in Kosovo.

He was co-founder and CEO of GoldenKey, served as visiting faculty at the Sanford School of Public Policy and Assistant Director of the Hart Leadership Program at Duke University, was nominated and confirmed as Assistant Secretary of Public and Intergovernmental Affairs at the U.S. Department of Veterans Affairs and was a management consultant with McKinsey & Co. where his work focused on advising private equity clients on strategy, valuation, and due diligence. Previously he served as senior advisor to Iraq and Afghanistan Veterans of America. In 2010, he was the Democratic nominee for the U.S. Representative in Missouri’s 8th congressional district. 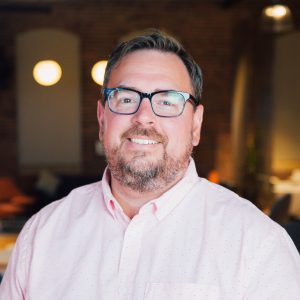 Steven McClelland is passionate about products and technology. He loves building teams and inspiring creativity. He co-founded a Boston-based, internet consulting company in 1995 that designed and built solutions for clients ranging from content management to cache routing systems. In 2004, he moved to San Francisco and joined a second startup, Citizen Sports. There he served in many roles, including: head of engineering, chief architect, and VP user experience. Citizen Sports made mobile and social sports applications for iOS, Android, and Facebook. Citizen Sports was acquired by Yahoo! in 2010 where he ultimately served as VP of product management focused on content and personalization. Steve joined Twitter in 2016 as a Dir. of Product Management, managing product management teams in on-boarding, native and web clients, and publishing platforms.

Steve returned to Duke in 2017 to work on undergraduate entrepreneurship where he received a bachelor’s degree in electrical engineering and biomedical engineering in 1995.