Our laboratory’s work focuses on precision cancer therapies, drugs that target the oncoproteins and underlying pathophysiological and immunological processes that drive malignant progression. These exciting agents have the potential to selectively eradicate tumor cells while sparing healthy tissues, a notion supported by evidence of remarkable activity in a subset of cancer patients. However, critical challenges have prevented us from utilizing precision therapies to their fullest potential. These agents often fail, either in the upfront setting or over time, because of the phenomenon of resistance, which is only partially understood and, to date, extremely difficult to reverse. Further, for many deadly cancer types, including those driven by “undruggable” oncogenes and those that are immunologically “cold”, no effective precision therapies currently exist.

These two major challenges – understanding how to overcome therapeutic resistance and selectively target difficult-to-treat cancers – are the central focus of our research program. Another key feature of nearly all of our studies is their use of unbiased genetic, chemical, and computational methods, many of which we develop or adapt ourselves, which provide a data-driven entry point into questions of interest. From there, we use the classic tools of molecular biology, cell biology, genetics, immunology, and biochemistry to perform mechanistic studies, then marry these with pharmacological methods and animal models to evaluate the translational potential of our findings.

Our approach to this problem is based on the hypothesis that by mapping the pathways of resistance on a systems-wide level, we may illuminate new conceptual approaches to overcome it. To pursue this hypothesis, we have engineered new technologies that enable researchers to rapidly and systematically map the pathways of resistance on previously difficult-to-achieve scales. For example, we recently created pathway activation screening, which involves first activating discrete signaling pathways using custom, barcoded, pathway-activating cDNA constructs, then reading out those pathways capable of driving resistance en masse through pooled screening1,2. We and others have extensively validated the ability of this approach, combined with complementary CRISPR-based methods, primary cellular models, and computational analytic pipelines developed in our lab, to map the landscape of key resistance pathways in diverse cancer contexts1-8,15.

From these studies, two key concepts have emerged. First, we have discovered that disparate pathways of resistance often converge onto one or more “common effectors”: downstream signaling targets that are required for the development and maintenance of resistance6-9. Second, the convergent nature of resistance implies that resistant cells are likely to share common functional features and dependencies, even when the upstream resistance mechanisms in these cells differ. We have recently identified examples of these “collateral sensitivities” shared by tumors with diverse resistance mechanisms and have demonstrated that by targeting them, it is possible to build combination therapies that select against resistance evolution9,14.

Beyond our work in resistance, we also have an interest in identifying new therapeutic vulnerabilities in tumors, particularly those lacking clearly targetable features. One attractive approach to this problem is to directly target the process of apoptosis, or programmed cell death. The mitochondrial (intrinsic) pathway of apoptosis is a tightly regulated process that is controlled by the balance of pro- versus anti-apoptotic BCL-2 family proteins in the mitochondria. In recent years, we and others have become particularly interested in targeting this network because of two key advances: (1) the observation that some cancer cells may be particularly “primed” to undergo apoptosis relative to most normal cells in the adult, and (2) the development of small molecule inhibitors of the BCL-2 family proteins (e.g., BCL-XL, BCL-2, and MCL-1), known as “BH3 mimetic” drugs. Specifically, our work in this area has focused on addressing the following key questions:  (1) How dependent are diverse tumors on BCL-2 family proteins?; (2) What tumor features control sensitivity to apoptosis induction by BCL-2 family proteins?; and (3) How can therapies targeting the apoptotic pathway be delivered in order to reduce toxicity and increase efficacy?

To address the first question, we have used combinatorial screening of all possible combinations of selective BCL-2, BCL-XL, and MCL-1 inhibitors to define the BCL-2 inhibitor dependency landscape in large numbers of cancer cell lines and primary cultures, work which revealed that most tumors are sensitive to at least one combination of BH3 mimetics, including subsets of solid tumors that harbor exquisite sensitivities to single agent therapy10. Further, this work revealed key determinants of sensitivity to BH3 mimetic combinations. Regarding the second question above, we have used combinatorial genetic and pharmacological screening to identify oncogenic mutations, aberrant organelle functions, and metabolic states that influence cellular commitment to apoptosis and enable tumor specific targeting of cell death11,12,13. Finally, to address the problem of delivery, we have teamed up with engineers, using molecular engineering principles to design and deliver combination therapies that drive cancer cell death. Moving forward, our work is now increasingly aimed at identifying and manipulating not only the process of tumor cell autonomous survival, but also the surveillance of tumor cells by our immune systems.

Together, our studies are making fundamental contributions to our understanding of the structures of signaling networks in tumors, how these networks evolve during therapy, and how their altered properties create new therapeutic opportunities. These studies have laid the groundwork for our ongoing and future studies while also yielding widely disseminated genomic and cellular tools and informing the ongoing design of multiple human clinical trials. Specifically, ongoing areas of research focus in the lab include the systematic discovery, mechanistic characterization, and translational evaluation of collateral sensitivities in drug resistant cancers and the use of new genomic tools to define unique, targetable cell autonomous or immunological vulnerabilities in difficult-to-treat cancers. 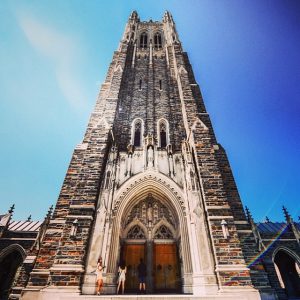