In every World Cup, regardless of which teams make it out of the group stage, which players perform better or worse than expected, and which team is eventually crowned victor, journalists hold the power to determine how players, coaches, teams, and fans are represented to viewers around the world. If a player comes of the bench, battles for the last thirty minutes of a match and is instrumental to a team’s victory, but his performance is not covered by the press, did it even happen at all?

In the following post, I will outline journalists who have been covering women’s soccer in the months leading up to the 2015 Women’s World Cup. 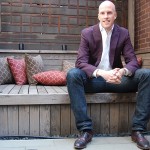 Wahl began his journalism career in 1996 at Sports Illustrated [1], quickly becoming one of the world’s foremost soccer journalist with articles about FC Barcelona and Bayern Munich [2, 3], as well as Jose Mourinho and Luis Suarez [4, 5]. More pertinent to the upcoming Women’s World Cup, Wahl has written an impressively thorough article about Alex Morgan in which he chronicles her relationship with Mia Hamm and her experiences playing with the national team and fledgling women’s professional teams [6]. Additionally, Wahl joined the Fox Soccer team a year ago, so expect to see future contributions from him during World Cup coverage this summer [7]. Follow Wahl @GrantWahl. 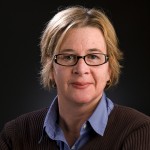 Laura Vecsey is the FOX Sports Women’s World Cup Soccer Correspondent. Prior to working as a sports journalist, Vecsey worked as a political correspondent for The Patriot News and also wrote for The Guardian. In her time as the FOX Sports Soccer Correspondent so far, Vecsey has written articles in anticipation of the Algarve Cup,  speculating whether the USWNT can win it all at the World Cup, and catching up with Pia Sundhage [8, 9, 10]. However, Vecsey’s writing has been met with some contention, as SB Nation writer Stephanie Yang criticized Vecsey for supporting Abby Wambach’s position on the USWNT roster based on legacy alone [11, 12]. Follow Vecsey @lauravecsey. 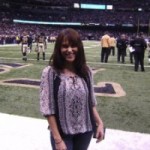 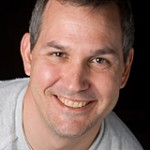 Jeff Carlisle is a soccer journalist for ESPN who formerly covered the San Jose Earthquakes and San Jose CyberRays before picking up MLS and USNT coverage for ESPN. He has recently written a detailed match report of the USWNT’s 4-0 victory against New Zealand and an excellent interview with Christen Press[17, 18]. Follow Carlisle @JeffreyCarlisle.

[5] Wahl, Grant. “Luis Suarez is the Hottest Player on the Planet, But Can He Keep His Cool?” Sports Illustrated. June 3, 2014. http://www.si.com/soccer/planet-futbol/2014/06/03/luis-suarez-hottest-player-planet-can-he-keep-his-cool

One thought on “Journalists To Watch”