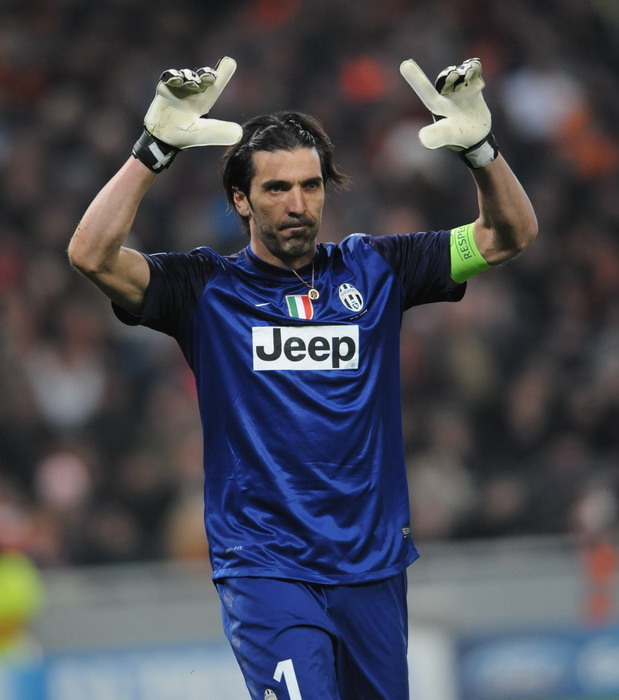 Ten years ago, people compared Petr Cech to him; five years ago, Casillas; and now, De Gea. He has been named the best goalkeeper of the 21st century by FIFA for being consistently world-class for nearly a quarter of a century, a solid and reliable last stop who gives his teammates the confidence to move forward. He is Gianluigi Buffon, the definition of a perfect modern goalkeeper.

Shot-stopping: They call him “Gigi” (Superman) because of his capability of making unbelievable saves on a regular basis. With agile responsiveness, he can simultaneously fly, jump, and dive to make insane saves by any part of his body, and he also does his moves with class and elegance, making them seem effortless and entertaining to watch at the same time.

Positioning and defense organizing: After many years of experience playing at world class level, Buffon’s positioning and game-reading ability has become extremely excellent. He is praised by defenders for his ability to position and organize the defense line accurately. Under his command, Juventus and Italy’s defense has always been a solid wall that can discourage any world-class striker. In addition, his ideal height gives him a bonus advantage to have total control of the air in the penalty box. This season, he has made a record time of 836 minutes without conceding a goal in Serie A.

Penalty save: Being a penalty specialist, Buffon will be crucial when Italy advances into the knockout rounds where shootout will be played if two teams tie after 120 minutes play. In fact, Italy beat England last Euro by this way and Buffon was the hero as he saved Ashley Cole’s last penalty kick.

Buffon’s Italy has never showcased their full potential at recent Euro tournaments. In 2004 and 2008, they both got sent home early in groups with teams that are not at their level. In 2012, even though the team reached the final match, their heavy loss 4-0 to Spain was an undeserved ending, causing Buffon and his teammates sob in pain. At the age of 38, this Euro could be the last time for Buffon to complete his major trophies collection at International stage.

For the past decade, Italian never has to worry about their goalkeeper position. Many great Italian players have played and retired but Buffon is still there. With an amazing longevity and consistency full of achievements and trophies, he is the most experienced and successful player of Italy’s current squad, respected by all of his teammates. Thus, this summer in France, with the captain band on his arm, Buffon is expected to lead and guide his teammates one more time to become the champion of Europe.

Sweden may not be a team at Italy’s level but the lesson from Euro 2004 is still there. When Sweden have a spectacular striker like Ibrahimovic, anything is possible. Having been Ibrahimovic’s teammate at Juventus, Buffon with his class and experience will know how to handle this deadly striker. As long as he can command the defense to contain and isolate their best player, Ibrahimovic, Italy should be able to conquer this obstacle.

In addition, the match against Belgium will be a real test to Buffon and Italy’s defense. Facing the world No. 1 team with multiple attacking super stars like De Bryne, Hazard, Lukaku, Italy’s success will depend greatly on Buffon’s performance and leadership.
References:

By Kuber Madhok and Trung Can