In 1987, the Copa América introduced various milestone reforms that modernized the oldest continental competition in the world, leading to the competition format that we know today. There was one groundbreaking change in particular that towered above all the rest in importance–the creation of official tournament mascots. As a designated historian of the Copa América (if you speak spanish and are interested in some of that history, click here), it is my duty to rank these mascots from worst to indisputable best. Remember that I am a historian, and so while my rankings may SEEM arbitrary and shallow, I’m definitely right. Without further ado, here are…

THE MASCOTS OF THE COPA AMÉRICA, RANKED FROM WORST TO FIRST

I have to admit that, as a Colombian-American, I take this one pretty personally. Amériko is the mascot of not only the only Copa América that Colombia has hosted, but also the only one where Colombia has won. As what did we choose to represent us? This…weird-looking doll. He was apparently modeled after Pokémon, but I don’t see the relation to that or to Colombia.

At the very least, he is the colors of the Colombian flag….just in the wrong order. Jesus, is there anything Amériko can do right? Maybe we can still retroactively make El Pibe the mascot of the 2001 Copa América…he has the hair for it. 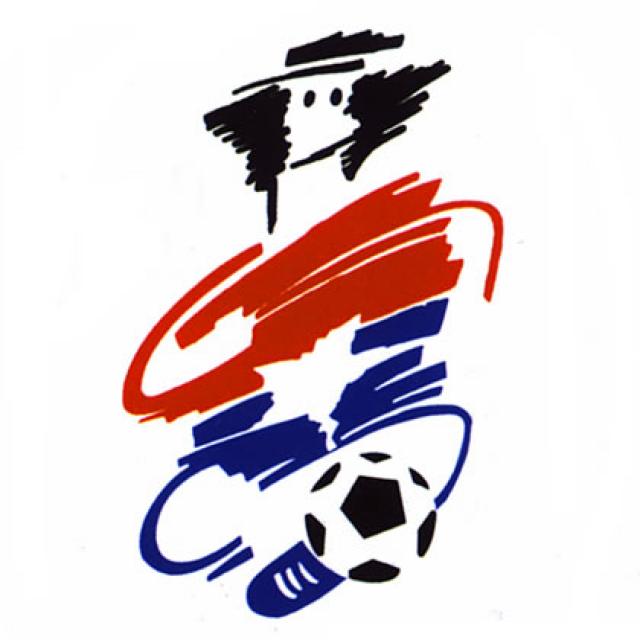 I’m gonna be frank here–Guaso is a scribble.

Guaso looks like the guy who was assigned to design the mascot for Chile 1991 forgot to do it until the morning it was due, so he panicked and grabbed the three colored pencils closest to him (I know the feeling).

There’s only one reason Guaso is not dead last on my list, and that is that he implements the colors of the Chilean flag much better than that fool Amériko.

Taguá is not the best drawn mascot, but you can’t deny that he’s VERY paraguayan. He’s wearing the colors  of the flag (*ahem* in the right order), he’s a type of boar in danger of extinction that lives almost exclusively in Paraguay, and he’s drinking Tereré, the official drink of Paraguay.

But therein lies the problem. Why is he chilling and drinking Tereré at a time like this? Football is serious business, Taguá, who are you trying to impress with your happy-go-lucky attitude? While you’re sipping from your drink, your team is out there fighting and trying to claw their way to victory! I bet that ball is just for show, too!

Plus, his feet are waaaaay too big relative to his body. It just doesn’t make sense.

Tico is probably the best drawn mascot so far on the list, but there are two fundamental problems that I have with him.

The first is that there’s nothing particularly Brazilian about him. Sure, he’s a pale-breasted thrush, which is a type of bird found in Brazil…but it can also be found in many other countries in South America. His uniform reminds me more of Uruguayan or Argentinian colors than Brazil (he is wearing Brazil’s away kit rather than their iconic yellow home kit).

More importantly, Tico is just kinda disconcerting. That slightly unhinged look in his eyes makes me think he’s only playing football to afford his next fix, and I can’t support that in good will.

Chasqui has a pretty interesting background. He is based on Incan messengers trained to deliver messages and gifts throughout the empire. These messengers had to be knowledgable about the roads they followed and physically prepared for their missions. Their routes stretched into what we know today as Colombia, Bolivia, Argentina, and Chile. Not just anyone could be a chasqui, it was a pretty well-respected position.

While I do appreciate the incorporation of Peruvian history and culture in creating a mascot, the drawing itself is not of very high quality. Chasqui captures a peruvian spirit in theory, but in practice, he lacks something, something I can’t put my finger on…

It doesn’t help his case that there are way cooler depictions of chasquis out there. 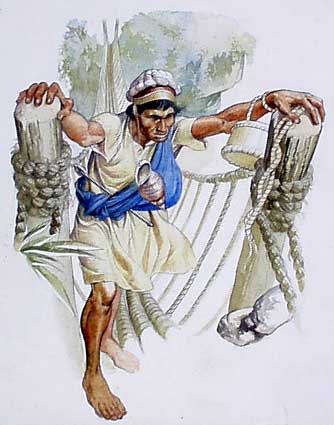 Gardelito was the first ever official Copa América mascot. Argentina apparently chose to set the bar at a moderate, reachable height.

Gardelito’s design is based on famous Argentinian tango singer, Carlos Gardel. He is also a big fan of Argentina, judging by his Argentina scarf and jersey, which is a good choice for national morale.  However, that’s also just about all he is. His design is crisp, but he’s just pretty boring. There’s nothing bad about him, but nothing extraordinary either.

On the bright side, he does sorta look like Carlos Gardel!

If Gardelito’s problem is that he doesn’t have much going on, Zincha’s issue is that he’s got way too much happening at once. In general, I do like Zincha’s design and I prefer a mascot with a ton of color and interesting shapes over a plain mascot. I applaud that fact that he is experimental, without being ugly or unidentifiable.

However, I also recognize that he is way too much stimulus at once, some of it making little sense. Why is his left arm blue, or right leg red? What is this, a game of Twister? He looks 3D, and his body parts are all different shapes–he might just be too artsy for a football tournament. That said, I respect the effort and risk-taking put forth.

Tatú is adorable. He’s an armadillo, and he’s wearing the Bolivian uniform below his shell. That’s dedication to his team! He has a nice-guy face and absolutely looks like the type of anthropomorphic armadillo that spouts sappy, cliche catchphrases about persistence and playing like a team.

Shame that attitude didn’t help Bolivia against Brazil in the final. 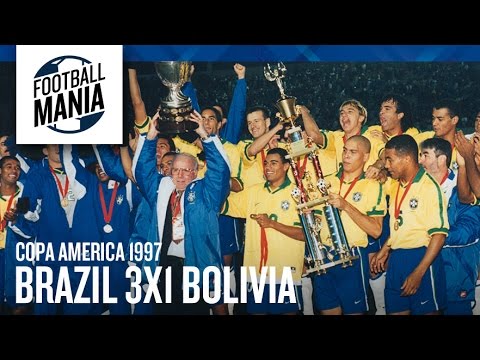 Although they had Tatú on their side, Bolivia couldn’t handle Brazil at home. Poor Tatú.

Torito is just flat-out cool. Yes, his head is bigger than the rest of his body, but that doesn’t matter. He’s the most popular jock in school, the strongest and fastest kid in P.E. Look at his face–pure, unfiltered confidence. This bull is ready to carry his the country of Uruguay to glory.

And unlike that nerd Tatú, Torito did see his team come out victorious.

Tangolero is a Rhea, but he looks like a goose. Once again we see the influences of Tango in argentine culture, this time through the mascot’s name. Tangolero looks lanky and awkward, its true, but I’m once again willing to give points for experimentation and the uniqueness of his design. I’m a fan of the goose-like Rhea, partly because he looks so charmingly awkward. He’s like the Michael Cera of birds playing football. He’s relatable!

Choclito demonstrates that, sometimes, simple is the answer. The integration of Ecuador’s flag colors is done incredibly well, and Choclito’s wide smile is contagious. There’s not much else to say, he’s just a well-designed corn, with a link to an industry important to the host country. Amériko should have taken note (yes, I’m still bitter).

Seriously though, why are the colors in that order?

Guaky has it all–great integration of the Venezuelan flag, an interesting and well-done design, and an appropriate variety of colors. Even his name is cute, Guaky the Macaw. Macaws, in case you didn’t know, is a bird highly associated both with Venezuela and with saying “Guak!”

Guaky was named the “smile of the Copa America 2007” by El Universal (a Venezuelan newspaper). That’s precious.

Guaky went on tour during 2007 throughout all of Venezuela to promote the tournament and to bring joy to all corners of the country. He is definitely the #1 mascot in the history of the Copa América

Guaky and his legion of fans