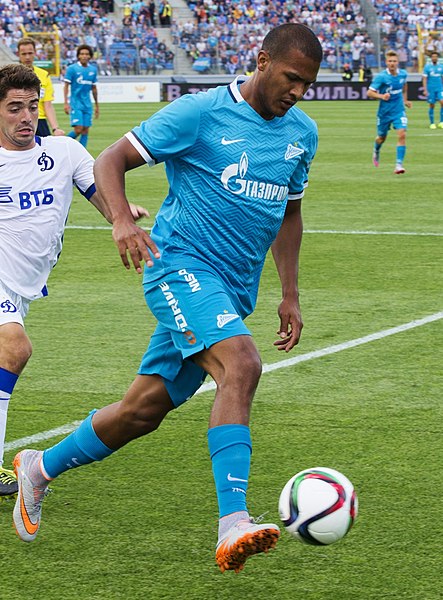 26 year old forward Salomon Rondon, who currently plays for the English club West Bromwich, will play a key role in determining Venezuela’s success at this year’s Copa America. A quality striker who brings physicality and quickness to the attack, he has made 46 appearances for the national squad, scoring 14 goals [5]. He made his first appearance in 2008 and has been a consistent presence on the Venezuelan national football team [5]. Rondon will lead a Venezuelan squad which has historically had very little international success. Venezuela has never qualified for the FIFA World Cup and its best finish at an international tournament was fifth in the 1967 Copa America [3]. The limited growth of the sport, which has directly affected the talent pool available for the national football team, has been primarily attributed to the popularity of baseball in Venezuela [7]. According to sportswriter Jamie Rainbow, “Venezuela’s somewhat unorthodox penchant for baseball stems from a heavy American presence in the oil-rich country during the early 20th century” [7]. While other CONMEBOL members such as Argentina and Brazil developed strong national teams that became dominant forces in international football, Venezuela was fixated on baseball with football as a mere afterthought.

The 2007 Copa America, which Venezuela hosted, may have been a turning point for Venezuelan football [7]. High attendance by Venezuelans and advancement to the quarterfinals before being defeated by Uruguay has led to increased interest in football as well as more focus on strengthening the national team [7].

Early in his international career, Rondon played a critical role in helping Venezuela to reach the round of 16 at the 2009 U-20 World Cup that was held in Egypt [7]. At the 2015 Copa America, he led Venezuela to a 1-0 victory against Colombia in the group stage, scoring the only goal in the match [6]. This marked the first occasion in which Venezuela defeated Colombia in a Copa America match.

“We played a complete game. When we got the opportunities to get forward and attack we took them” [6].

On the club level, Rondon played for Las Palmas of Spain’s Segunda Division from 2008-2010 before moving to the Spanish club Malaga of the Primera Division [2]. After two seasons with the club, he spent the next five years playing in Russia for Rubin Kazan and Zenit [2]. This season, he played for the English club West Bromwich, making 37 appearances and leading the team with 8 goals as of April 26, 2016 [1].

The Venezuelan national football team has recently been in turmoil as fifteen players on the national team, including Rondon, threatened to quit “unless the country’s top soccer officials resign[ed]” in December 2015 [4]. In an open letter, the players cited corruption within Venezuela’s soccer federation leadership and mistreatment of players as their reasoning for demanding the removal of top officials [4]. There has been no official, direct response by the Venezuelan soccer federation to the allegations.

If Venezuela is to make some noise at this year’s Copa America Centenario, expect Rondon to be a key player.