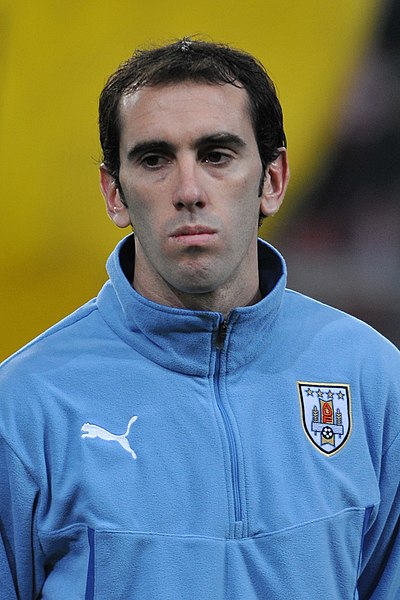 Uruguay, ranked ninth according to the FIFA World Ranking, is set to make a deep run in the Copa America Centenario 2016. With stars Luis Suarez and Edinson Cavani leading the attack, Uruguay will have little difficulty challenging its opponents; its defense will play a critical role in determining how far the squad will advance in the tournament. 30 year old Diego Godin will serve as the anchor for the Uruguay defense and will be a player to watch. Godin is a world-class defender whom ESPN sportswriter Joseph Walker described as a “colossus” and “a stalwart in Oscar Tabarez’s national side” [5]. Godin is also known for scoring timely goals and delivering a powerful header. Sportswriter Joseph Walker calls him “a nuisance of the highest order from attacking set pieces” [4]. He scored a goal in the first half of the 2014 Champions League Final against Real Madrid.

After playing for two squads in Uruguay as a youth, Godin signed with the Spanish club Villarreal in July 2007 and played with the club until August 2010 [1]. He established a good reputation at the club and eventually signed with the Spanish club Atletico Madrid in August 2010 [1]. Godin has played a key role in the rise of Atletico Madrid in the Spanish La Liga over the past few years. ESPN sportswriter Joseph Walker, in another piece about Diego Godin and Atletico’s rise, stated that “Godin’s contribution to Los Rojiblancos since joining from Villarreal in 2010 cannot be underestimated” [4]. He helped Atletico secure the La Liga title for the 2013-2014 season and remains a key player on the squad.

Godin made his first appearance for the senior national team in a 2005 friendly and has reached 85 caps so far for Los Rojiblancos [2]. He has participated in the past 3 Copa America tournaments and was a part of the Uruguay national team that won the 2011 Copa America. Look for him to make an impact at this year’s tournament.