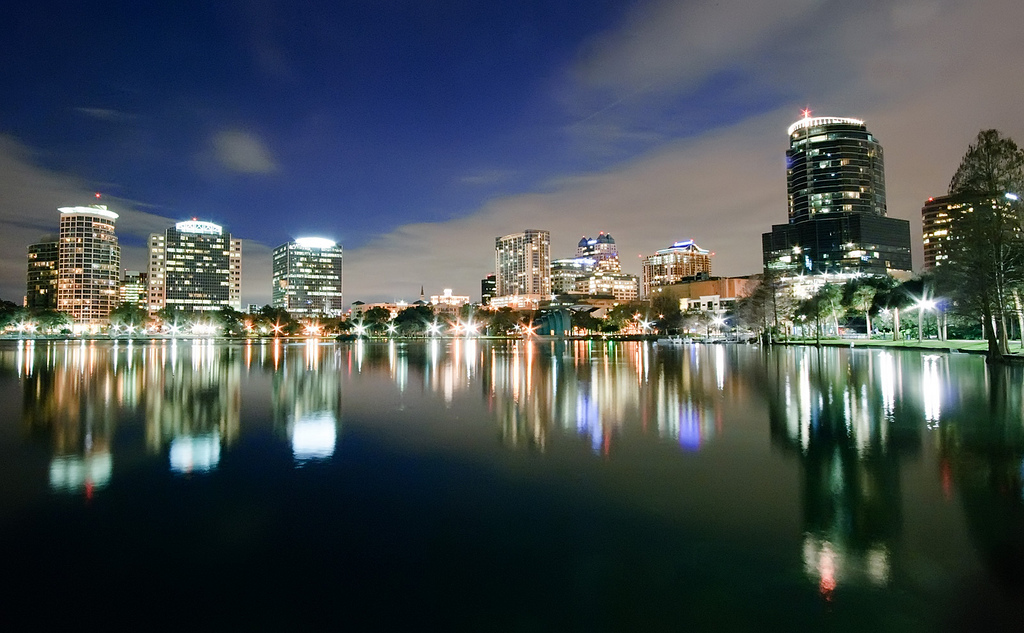 The skyline of Orlando. Image retrieved from Wikimedia.

Why not? This city boasts a warm climate, an easily accessible stadium, and most importantly a set of fans that have demonstrated their love for soccer for decades. Learn a little more about this city and it’s relationship with soccer below.

History of Amateur Soccer in Orlando

It was 1985 and Steve Nash from Lake Howell High School and Mark Dillon, the head coach at Rollins College, hatched a new amateur soccer club. This club would be known as the Orlando Lions and the premise was to pull local college players and eventually create a U.S. professional team.Their first match was in February 1986 against the Tampa Bay Rowdies, a former North American Soccer League (NASL) team, which the Lions lost 1-0. It was the “World Series” of exhibition games that solidified the club’s standing in 1986. Matches were played against teams from Germany, Scotland, Ireland, Canada, and a All Star team from the NASL. All of these matches resulted in a loss except one which ended in a draw. In 1988 the Lions would join the American Soccer League (ASL), the third ASL in existence. This ASL was a compilation of East Coast soccer teams acting in concert with the Western Soccer Alliance (WSA). Teams in the ASL were from Albany, Baltimore, Boston, Fort Lauderdale, New Jersey, Miami, Tampa Bay and two from Washington DC. 1988 and 1989 brought two consecutive fourth place finishes in the Southern Division for the Lions. The ASL and WSA merged in 1990 to form the American Professional Soccer League although the formats of each league were maintained and clubs continued to play in their respective leagues. During the 1989 season ticket sales dropped for the Lions from about 2,000 fans to barely 1,100. The drop in support combined with lack of local sponsors lead to the merger of the Orlando Lions with the Fort Lauderdale Strikers before the 1990 American Professional Soccer League season (Mercer 2015 A).

The merger meant the loss of a soccer team from the city of Orlando. Mark Dillon, the first Lions coach, along with three former players fought for the return of the Lions name in 1992. The club began playing in the United States Inter-regional Soccer League also known as the United States International Soccer League, United Systems Independent Soccer League, or USISL (Mercer 2015 B). Compared to the less than stellar beginning the original Lions had, these Lions seemed to have their feet under them. The team won the Southeast division in 1992 and 1993, making it all the way to the finals against the Greensboro Dynamo in 1993 where they sadly lost. Two of their players would make the All-Star team that year and Mark Dillon would be named Coach of the Year. The team would make the finals again in 1996 however school and work commitments would make it impossible to field a team to play. Also in 1996 the USISL and American Professional League merged to form the USL under the Major Soccer League (MSL). Dillon would apply for franchise expansion in this league, pushing Orlando closer towards having their own professional team (Mercer 2015 B).

In 1997 the Sundogs would replace the Lions. Like the Lions this team was plagued with financial difficulty and poor attendance. Attendance averaged around 1,500 fans although that number dipped as low as 500. These numbers were not enough to pay the expenses of the team including: player wages, insurance or rent on the Citrus Bowl. The team finished the season 12 and 12. In 1997 when the owner of the team was unable to present the documentation that the Sundogs were able to financially survive another year, the USISL terminated the rights of the franchise (Mercer 2014).

The Orlando City Soccer Club formed in 2010 after Phil Rawlins purchased the USL PRO rights to central Florida and moved the Austin Aztex organization. Rawlins made it his goal to bring a MLS franchise to the city in 3-5 years (Orlando City Soccer Club 2016).  The new Lions would win USL PRO regular season title in 2011 and 2012 and win the post-season title in 2013 (MLS Soccer 2013). These titles would be enough to draw attention but the crowds tipped the Lions over the edge. For its first three seasons at the Citrus Bowl the Lions lead the USL PRO in attendance figures and for their final post-season tournament in 2013 over 20,000 people showed up (Orlando City Soccer Club 2016). Compared to the previous Lions, this reincarnation were pulling in up to 10x the number of fans and were on their way to becoming a MLS franchise. However the MLS commissioner set three guidelines Orlando had to meet before they would be considered for a franchise:

With the number of fans the first two guidelines were easily met. The third guideline was officially reached when ground was broken on October 16th of 2014 with the ground-breaking of the privately-funded downtown stadium (Orlando City Soccer Club 2016).

Even though they did not yet have a solely soccer stadium in November of 2013 Orlando City SC was named as the MLS’s 21st franchise and were set to make their debut in 2015 (MLS Soccer 2013).

On March 8, 2015 62,510 fans filled into the Citrus Bowl to watch the Lions in their first MLS game against New York City FC. This was the largest ever soccer crowd in the Citrus Bowl and the second largest opener in the MLS. 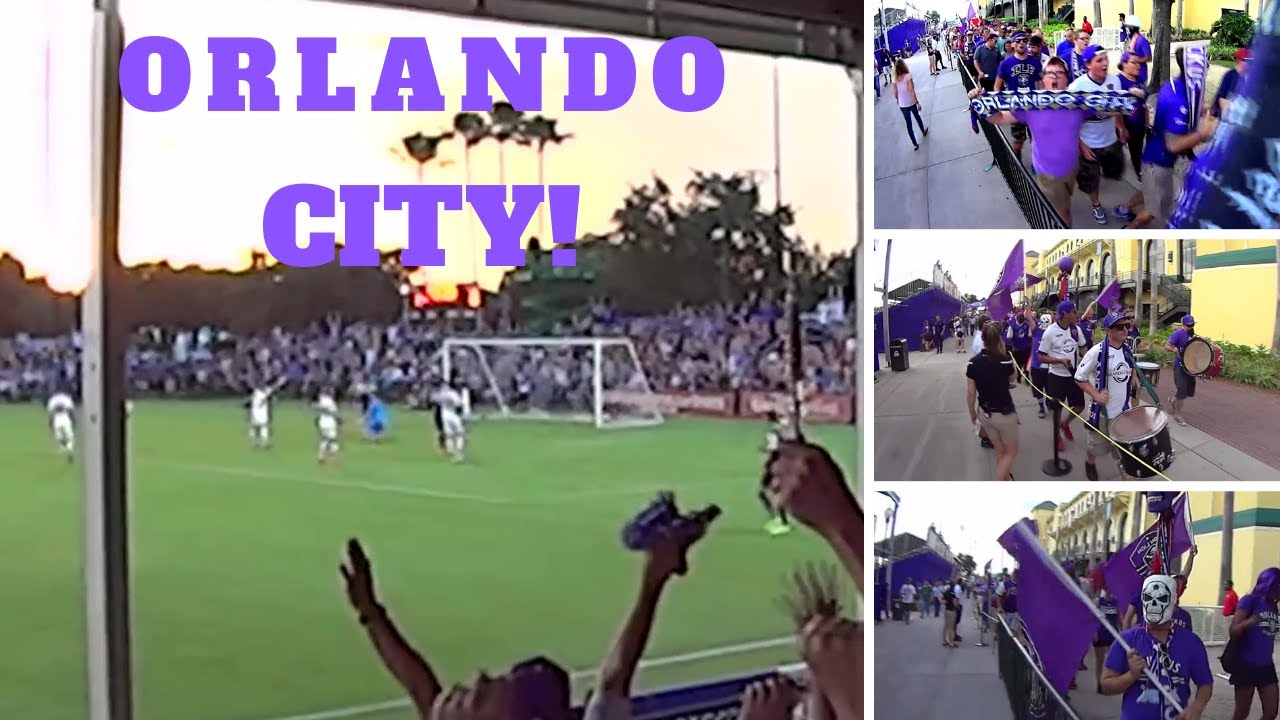 In 2015 Wallet Hub named Orlando as the most accessible stadium in the MLS and the most friendly and engaged fan base in the MLS (Bernardo). Even on a night filled with a Magic game, a college football game and the season premiere of SNL over 35,400 fans filled the Citrus Bowl (Whitley 2015). These are not just fair weather fans who take pleasure in the novelty of a singular game. For next year’s opening of the solely soccer stadium 18,000 season tickets have been sold and there are hundreds of people on the waiting list. The Lions are also the fastest MLS expansion team to reach 500,000 fans attending their games (Whitley 2015). This trend has not ceased, with the entire Citrus Bowl selling out for the 2016 season opener. This was the second time the stadium had sold-out completely for a soccer game (Associated Press 2016).

The Orlando Citrus Bowl has gone through many names and many renovations during its time. It was built as part of the Works Progress Administration in 1936 under the name Orlando Stadium. The 10,000 seat stadium was renamed the Tangerine Bowl and held its first college football game in 1947. 1952 brought a 2,000 seat expansion of the stadium and 1968 brought the seating capacity up to 17,000 and the Bowl received its first press box. Renovations were far from over, the seating capacity increased to 50,000 in 1976. The stadium gained the Florida Department of Citrus as a title sponsor and changed its name to the Florida Citrus Bowl in 1983. 6 short years later a $30 million renovation project was under way bringing new upper decks to the sidelines along with private suites. In 2014 the name of the 65,000 seat stadium changed to the Orlando Citrus Bowl (Orlando Citrus Bowl 2016). 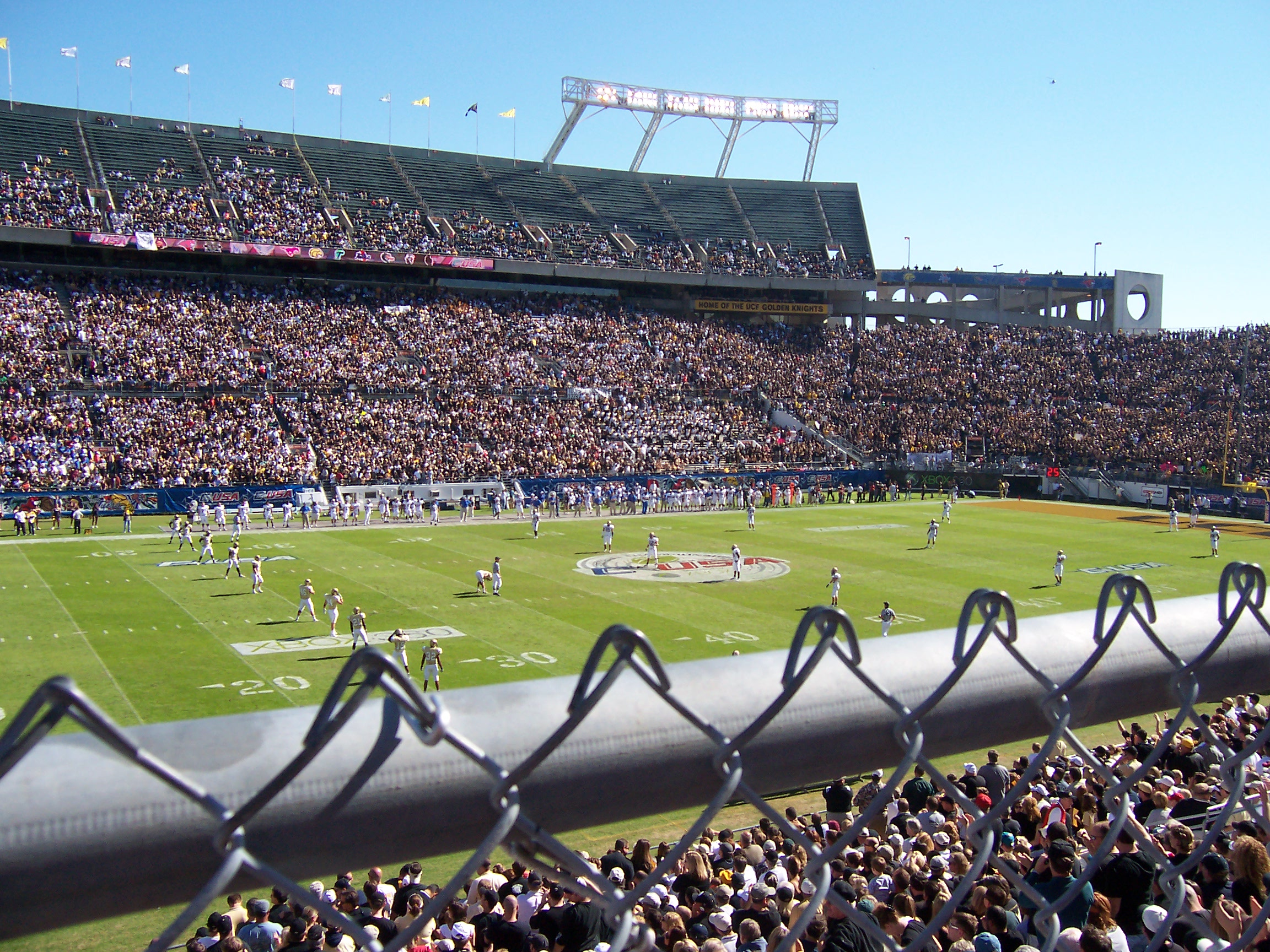 A football game at the Orlando Citrus Bowl. Image retrieved from Wikimedia.

The stadium has also hosted other events including international soccer prior to the Copa America. In 1994 the then Florida Citrus Bowl hosted part of the FIFA world cup (Associated Press 2014). This was followed by the men’s soccer Group B and D along with women’s soccer Group E for the 1996 Olympic Games in Atlanta (FIFA A, FIFA B).