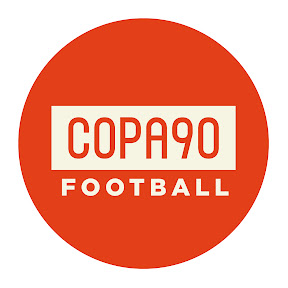 Last week, I was walking back from class with two friends when one of them asks, “Did you hear about the Giroud transfer?” The other one, an avid Arsenal fan responds, “Of course. What a steal. We could have sold him for at least 30 million.”

“No way. Giroud is a sub-striker. He is worth at most 20 million”

“A sub-striker with a very strong goal-scoring record who regularly starts for France, Giroud has to be one of the best benchwarmers in the world.”

“You’re mad. Think of a comparable sub-striker and tell me he’s worth 30 million. You won’t.”

The conversation goes on for the next twenty minutes with neither side backing down.

This sort of fanatical fan experience is unquestionably intrinsic to the beauty of the world’s most popular sport and is precisely the type of content cherished by Copa90, a blog developed by fans for a fan audience to capture football fan culture through stories, articles, documentaries, and chats with some of the world’s biggest stars.

Copa90 prides itself on its invite-only community of authors: creative filmmakers, artists, and writers who are not only creators but also avid fans from around the world passionate about capturing the essence of the beautiful game’s fan culture.

One of the most unique features of Copa90 is the form of its content. Whereas the typical football blog tells news and stories through writing, Copa90’s relies heavily on visual storytelling through social media, art, photography, and most notably filmmaking.

Upon your initial encounter with Copa90, you will come across a feed of their latest content, which primarily consists of Facebook posts, Instagram posts, and videos from their YouTube channel, with more than 1.5 million subscribers, which serves as their most popular content outlet. Most recently, Real Madrid star Toni Kroos sat down with Poet and Timbsy, fervent football fans and active contributors of Copa90, to discuss his Champions League experience and answer a series of “would you rather” questions, where we learn that if provided the choice, he would rather be a perfect passer than a perfect shooter, given his playing style.

The channel has also featured Dele Alli, Eden Hazard, and Marcelo in recent weeks as Copa90 allows its followers to learn more about their favorite players off the pitch, and these only represent a few of countless series by Copa90 including Derby Days, a documentary series depicting fans of the world’s fiercest rivalries; FIFA and Chill, where Copa90 sits down with fans and players to play FIFA; and Real International Break, in which contributor Eli Mangem explores national fandoms around the world. Whether it be the unreasonably argumentative fan, the pitifully nostalgic fan, the rowdily passionate fan, or the archetypal lifelong supporter, Copa90 captures all the diverse fan experiences through its videos.

The episode begins with a history of AC and Inter Milan, where we learn that Inter Milan is called Internazionale because the club is founded on the notion of being “brothers in the world”, where you do not have to be from Milan to play for Inter Milan. We also see a series of interviews where journalists, editors, and other supporters of the two clubs describe the background behind the two clubs and their rivalry. Outside the stadium, we see Inter Milan fans jumping widely and chanting. Once inside, a beautiful pan of the camera depicts the stadium’s electric atmosphere of raucous supporters. Copa90 does not portray the game being played but instead showcases the reactions of supporters to major events in the game to illustrate their intense passion in the rivalry.

Unlike the average football news site, Copa90 does not focus its efforts on relaying results or speculating transfers. On the contrary, it desires to communicate untold facts and stories that allow football fans to engage with the sport as more than just a weekly TV spectator. Apart from the live feed and YouTube videos, the site also houses a section called The Collective, where Copa90 shares content from its community of publishers, artists, and organizations. Most recently, it has included an article about a kind referee in a U9s game in Spain, the story behind Makélélé’s assistant coach, a picture of a magazine cover with Gianluigi Buffon, and a tale describing the origins of Boca Juniors’ colors. The diversity of Copa90’s content in both form and content is precisely what sets it apart as a storyteller of football.

As an avid football player and fan, I always ask myself not only what I need to know in order to enhance my understanding of the modern game but also what types of content with which I should engage that will best stimulate my passion for football. I could simply watch every Liverpool game and stay updated with world football news on Sky Sports, but I also enjoy reading comments on Reddit, watching player interviews off the pitch, and hearing stories or opinions around the game, whether it be reading a player’s biography or watching fans talk about their favorite teams. When I watch a Liverpool game, half of my excitement comes from hearing the fans sing, “You’ll Never Walk Alone” or watching The Kop celebrate wildly after a goal.

For any fan like me who sees the immense and inherent value of fandom to football and loves to engage with the game outside of score lines and transfer news, Copa90 is a high-quality content creator that will undoubtedly pique your interest.