The Spanish Constitution recognizes three historic nationalities: Basque, Catalan, and Galician[1]. The Basque region is an autonomous community located in the north of Spain and the south of France. They have been a community pushing for complete anonymity since the 1930s[2]. The Basques are a proud people with a culture, a language, and a football team all their own. Today we will focus on the Basques of northern Spain and their football team, Athletic de Bilbao.

Like the rest of Spain, the Basque region was deeply affected by the dictatorship of Fransisco Franco. In fact, during the Spanish Civil War the Basque Nationalist Party sided with the Republicans against Franco. The end of the war in 1939 would mark not only the instatement of Franco in a place of power but also the suppression of Basque nationalism. The statute of anonymity for the Basque region was abolished and many of the Nationalist Party Leaders were forced to flea[1] . The use of Euskara, the Basque language, and flying the flag were also banned[3]. But during the 1960s and 70s at the end of Franco’s reign the nationalists began to use football as a way to promote their political agenda[1] .

The Athletic de Bilbao was the team chosen to represent this struggle for anonymity. A year after Franco’s death the Basque flag was proudly placed on the field by José Ángel Iribar, it was the first public display of the flag for almost 40 years[3]. Athletic de Bilbao was officially founded in 1901 and is known across the world for only accepting Basque players. Over the year different criteria for determining Basque-ness include: blood purity, birthplace during the Franco regime, civic citizenship[1]  and location of training[3]. Athletic is the only Spanish team that plays with only regional players. Many of the presidents of the club have also shared something in common, they have been members of the PNV (Basque Nationalist Party)[1] . Athletic was also one of the last clubs to have a sponsor’s logo on their kits, finally giving in in 2008. However they continued their support of nationalist pride during the 2004-2005 Copa del Rey and UEFA Cup. The club had the word “Euskadi” emblazoned across their red, green, and white kits (red, green and white are the colors of the Basque flag)[3]. 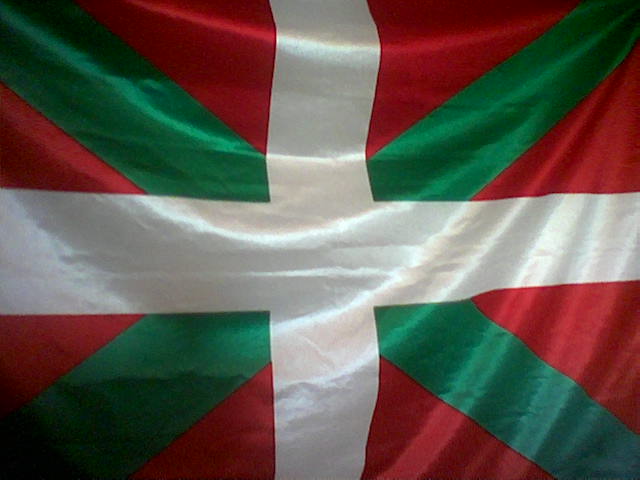 The nationalist bug is not just present in the team and the management but also in the fan base. In a 2007 study, more than 2/3 of the registered PNV and EA (another nationalist party) voters supported the club. This study demonstrates that the club still remains a strong hold for nationalists today[1] .

Athletic de Bilbao acts as point of nationalist pride for the people of the Basque region hoping for more anonymity. The team does more than play football it also represents a culture who had to fight the oppression of Franco’s dictatorship to survive.

[1] Tuñón, Jorge and Elisa Brey. 2012. “Sports and Politics in Spain – Football and Nationalist Attitudes within the Basque Country and Catalonia.” European Journal for Sport and Society 9: 7-32. Accessed April 2, 2016. Retrieved from http://proxy.lib.duke.edu/login?url=http://search.proquest.com/docview/1024287631?accountid=10598.

One thought on “Identity through Sport: The Story of Athletic de Bilbao”