Continuing a pattern of regression since their 5th place finish in the 2013-14 season, Everton is again disappointing in the Premier League. Everton’s fall from England’s elite has brought shadows of doubt and speculation regarding the team’s future.

However, bucking the trend, Everton was anything but disappointing on February 20th. On this day the lights were shining ever so brightly as Everton defeat Bournemouth in the FA Cup fifth round. Everton’s victory cemented itself as one of the few bright spots among the countless shadows cast by the lights over the years. Everton’s victory is not so much an accomplishment because of the caliber of their competition, but rather because of the play of their young stars. Ross Barkley and Romelu Lukaku, two of Everton’s most promising players, managed to score, leading the Toffees to victory.

Barkley and Lukaku, along with John Stones and Muhamed Besic, compose the core of Everton’s future. Despite their poor team performance, Everton’s quartet has remained one of the few bright spots over the year. Earlier in the year, Romelu Lukaku joined the likes of Cristiano Ronaldo, Wayne Rooney, Robbie Fowler, and Michael Owen, as the only players to score 50 Premier League goals before the age of 23 (Strange).

The success of Everton’s quartet will come at a price. Historically, Everton has been unable to compete against Europe’s exorbitantly wealthy teams. Given the demand for young talent, Everton’s core will be in high demand, leading many to believe multiple players will be on the way out of Goodison Park come July.

When all hope for Everton seemed to be quickly fading away, Farhad Moshiri has swooped in and renewed optimism towards the future. Purchasing 49.9% of all shares for a staggering 87.5 million Euros, Moshiri will become the new majority shareholder of Everton pending the Premier League’s approval (Verschueren). Born in Iran and raised in England, Moshiri has a deep understanding of the Premier League and its’ future trajectory (Hunter). His relationship with Alisher Usmnaov and Arsenal will provide valuable in his transition as the leader of the club. Not only will his experience right the ship, but also Moshiri’s deep pockets will entice Everton’s talented quartet and high profile players to join up.

What looks like the making of a plan similar to Mansour bin Zayed Al Nahyan of Manchester City, Moshiri has been very vocal about spending big to improve the team and its’ facilities. Moshiri has already told manager Roberto Martínez, Everton’s summer budget will be in the ballpark of 100 million Euros (Keel). Moshiri has already shone his commitment to keeping Everton’s young core together. Everton and Muhamed Besic reached a new deal extending his stay at Goodison Park through 2021 (“Everton Midfielder Muhamed Besic Signs Contract Extension”). Also, Moshiri is already looking to move out of Goodison Park and into a new stadium in nearby Walton Hall Park. 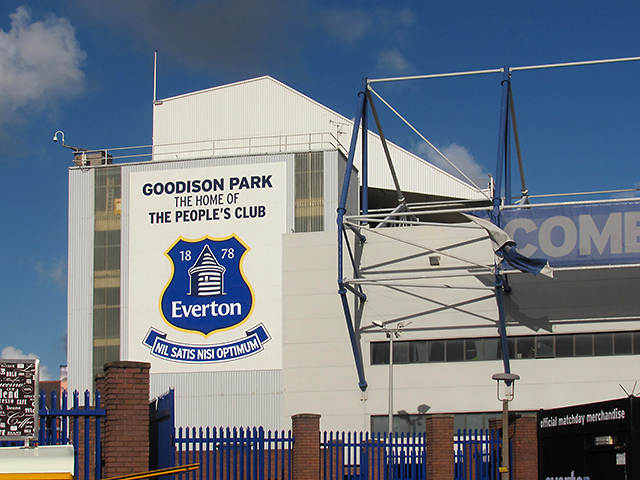 Everton’s new leadership could not come at a better time for the club. The Premier League’s new television deal accompanied with Moshiri’s commitment to investing in the club, will provide for Everton to be big players for this summer’s top transfer targets. Here Comes Everton.

Farhad Moshiri’s purchase of Everton is just one of a series of moves made by Middle Eastern’s looking to assert their position into European football. Currently, Middle Eastern companies are partnered with Real Madrid, FC Barcelona, Arsenal, Manchester City, and Paris Saint Germain. For a whopping 120 million Euros annually, these sponsorship deals compose 5 of the 10 largest in football history (Chaudhary). Like Moshiri, Mansour bin Zayed Al Nahyan, Deputy Prime Minister of Abu Dhabi, made a monumental splash when he became majority owner of Manchester City in 2011-12. Since taking over Nahyan has successfully invested millions into turning Manchester City into a European powerhouse. Middle Eastern individuals and companies have been able to become so involved in European football, due to their wealth. Both Moshiri and Nahyan are billionaires, with Nahyan being the richest owner in all of football (“Football’s Top 10 Wealthiest Owners: In Pictures”).

One thought on “Here Comes Everton”