Caochangdi Workstation is an independent space which found by filmmaker Wu Wenguang in Beijing 2005. In the summer of 2009, began a documentary film project to chronicle the events that took place between the “3 year famine” period of 1959 and 1961. “By the summer of 2010, we had 21 people participating, making this Caochangdi Workstation’s landmark ‘folk memory project.’ These 21 participants went back on their own accord to their respective villages to interview and take notes for this event. Among the participants were people aged above 60, people with experience in making documentaries, theatre and other arts-related individuals, as well as existing university students.” This project had a snowball effect, with an increasing number of participants joining in, creating a large volume of records and village interviews for the archives.

Currently, they have had more 200 participants going back to their villages for interviews, with more 1400 interviewees coming from 22 provinces and 190 villages. Interview topics ranged from the “3 year famine”, the “Great Leap Forward,” the “Land Reform” and the “Cultural Revolution,” across different historical periods. In summary, this project is a trial in creating folk memory archives. Concerning art work creation, have had 44 documentaries (made by 16 filmmakers) and 6 dance/theater performances.

Knocking on Memory’s Door with a Video Camera

A handful of people took video cameras and went back to their respective villages. They went in search of the old generation that was still living there in dim, stark houses. They went to uncover the memories hidden deep inside them. Each filmmaker had some prior relationship to the village. Some of them were born or grew up there, some still live there, some had never lived in the village but had parents or grandparents who had. For the old people in the village, this was the first time anyone had come with a camera to ask them to open their memory chests. Here was the younger generation, leaping over their parents’ generation– that generation wiped clean of memory- to ask the elders about the past. This meeting may be awkward and uncomfortable but it is also an exciting adventure. Their stories are now documentary films presented in this program.

Filmmaker’s words: This is the seventh film in my “47 KM” film series.

In the opening shot, we see a wall on which is written a political slogan. Because of rain and a courtyard door, this slogan has become a fill-in-the-blank question: “Only ____ism Can Save China.” The resident of the house fills in the blank while she tells us the story of her deceased son.

Meanwhile, in the same village, the 14-year-old girl Fang Hong paints her dreams on the wall of her house.

The slogan wall and the dream wall become the landscape of this village. Are they posing a question? Or are they offering an answer? It is like the great riddle of the Sphinx.

Filmmaker’s words: People in my hometown call those who are shy and untalkative “touxiuzi”. Within my family, the touxiuzi gene is embodied in the members of there generations.as a touxiuzi in our family,I try to uncover an open up the real heart beating under our our touxiuzi exterior, yet in the end I only open up myself. The touxiuzi in the family continue to circle in the air above the village and grow in the village’s soil.

Filmmaker’s words: This film made by a son to investing his father’s history that how to changed from a man of the “old society” to a man of the “new society” after 1949. This “son” is myself. So the film is about a story between me and my father as well. 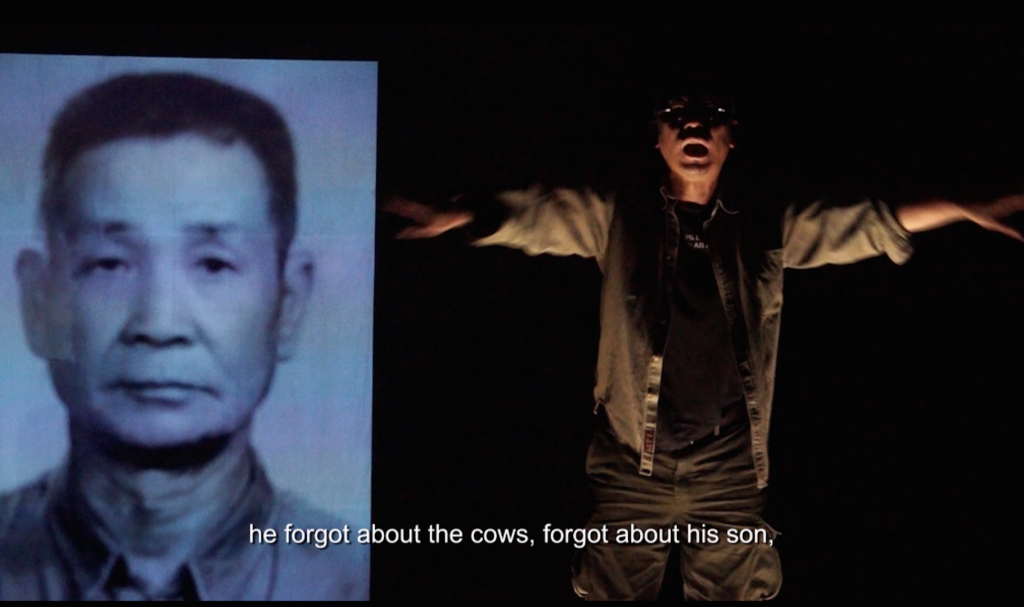 Wu Wenguang, was born in south-western China’s Yunnan province in 1956. After graduating from high school in 1974, Wu was send to the countryside, where he worked as farmer for four year. Between 1978 and 1982, he studied Chinese Literature in Yunnan University. After the University, Wu worked as a teach at a junior high school for three years, and later, he worked in the television as a journalist for four years. Wu left the television, moved to Beijing in 1988 to be an independent