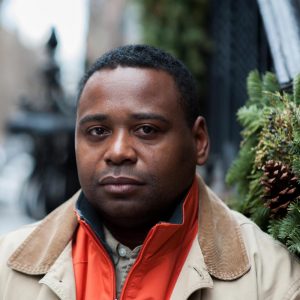 Maurice Emerson Decaul, a former Marine, is a poet, essayist, and playwright. His writing has been featured in the New York Times, The Daily Beast, Sierra Magazine, Epiphany, Callaloo, Narrative, The Common, and others. His poems have been translated into French and Arabic and his theater pieces have been produced at New York City’s Harlem Stage; Poetic License Festival in New York City; Washington DC’s Atlas INTERSECTIONS FESTIVAL in 2013 and 2014; l’Odéon-Théâtre de l’Europe in Paris; The Paris Banlieues Bleues Festival; The Middelhein Jazz Festival, Antwerp; The Avignon Theatre Festival, France; Détours de Babel; and the Grenoble Festival, Grenoble, France.