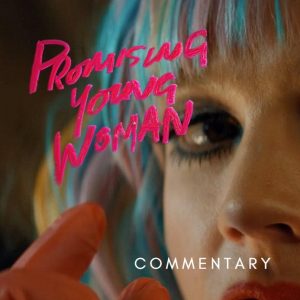 Promising Young Woman met all expectations of being a promising new film, winning an Oscar for Best Original Screenplay this past April. It boldly subverts the rape-revenge genre, diverging from the archetype in key ways. Cassie, the protagonist, is neither the wronged woman herself nor a male proxy avenger. She is not Nina’s hero; she is Nina’s childhood best friend who left medical school after failing to protect Nina from Al. Her existence is a Frankenstein of Nina’s ghost and her own guilt-fueled anger. Rather than having one rapist bear all the guilt for his crime, Cassie makes it a point to punish––and therefore indict––every individual who either actively or tacitly contributed to Al’s unpunished assault against Nina.

But who has the right to forgive? Their shared trauma makes it easy to forget that Cassie acts on Nina’s behalf, yet Nina has no say in the matter––she’s been dead for years. Nina only ever appears in relation to Cassie’s narrative through photographs and conversations. She has no screen time of her own. Mary Beth McAndrews, a film critic and survivor of sexual assault herself, points out the disempowerment of victims when someone else decides the fate of their rapists for them. Indeed, Cassie furthers every patriarchal harm done to Nina beyond the grave: she strips Nina of her agency and reconstructs her identity around her assailants, reducing her memory into an artifact of the assault. Nina’s mother begs Cassie to move on so that they both can heal, but Cassie refuses. In doing so, she continues to diminish Nina’s personhood into a mere reason for trauma, adding to Nina’s loss even after she is gone.

The contentious ending of Promising Young Woman offers a false sense of closure. Cassie shows up to Al’s bachelor party, unrecognized; and after luring Al into a bedroom alone, she attempts to carve Nina’s name into his arm. Cassie fails––in fact, she dies, smothered by a pillow held under Al’s desperate hand––but even if she had succeeded, her act of revenge rings hollow and selfish. After all, would Nina want the bondage of having her name branded on her rapist forever?

At his wedding, Al finally meets his reckoning when the police come and take him away. A text message shown in the final scene implies that Al’s arrest was Cassie’s plan all along.

Any ensuing sense of relief is deceptive, for this is not true victory. There should be nothing satisfying about the unnecessary death of another woman at the hands of an unapprehended rapist, especially when his later capacity to harm could have been neutralized by an earlier conviction. More than that, it is ironic to the point of cruelty that the police ultimately arrest Al for Cassie’s murder rather than Nina’s rape. When Cassie takes her place as Al’s victim, it only ensures that Nina would be erased for good. The resolution serves as a painfully realistic portrayal of the injustice lodged in our societal response to sexual assault.

Even then, many might feel at least a little bit triumphant that Al went to jail in the end. Perhaps this is a reflection of the way that we have been groomed to accept crumbs. In Cassie we find fruitful grounds to discuss the role of a loved one during the aftermaths of sexual assault. Promising Young Woman provides no answer, but it does spark plenty of conversation that moves us towards it.