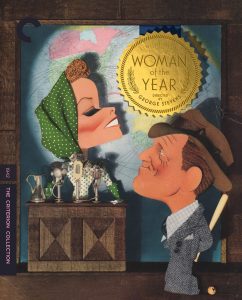 In what could have been a win for the women’s rights movement, George Stevens’ film, Woman of the Year, details the successful career of the fictional columnist Tess Harding. As a highly educated, wealthy, and attractive young woman, Harding seemingly has everything. Then she meets sportswriter Sam Craig. Harding falls in love, gets married, and adopts a refugee boy. Stemming from her time-consuming career, the marriage deteriorates, and the child returns to the orphanage. After a change of heart, Harding repents of her ambitious ways, transforms into the perfect housewife, and reconciles with her husband.

This romantic comedy conveys a troubling message – that women cannot balance their desire for a fulfilling career and a family. Since it was released in 1942, one would hope that this message is no longer applicable today.

Sadly, this is not the case. Today, women around the world are still forced to make decisions that prioritize their career or their family.

In 2019, seventy percent of women reported earning less than their husband. It often “just makes sense” for these women to reduce their hours or leave the workplace to provide childcare.

For many years, women in corporate America experienced higher rates of representation. However, the COVID-19 pandemic deeply affected women’s employment. While the pandemic has impacted all women, Black women, working mothers, and women in senior management positions were disproportionately challenged.

Since the pandemic began, women have been increasingly pressured to decide between caring for their families and working. For employees with children under the age of 10, women were ten percent more likely to consider leaving the workplace than men. Although fathers are negatively affected by the disruptions to childcare centers and schools, working mothers reported taking on more of the resulting childcare responsibilities, often by reducing their hours or leaving their jobs.

As a young woman and an aspiring lawyer, I find this information especially concerning. While I do not know what my future holds, I know that I do not want to have to make this decision – the decision made by Tess Harding and by women around the world. The world I aspire to help create supports women, regardless of their family status or chosen career.

Having a successful career and raising children should not be mutually exclusive. Nearly 80 years have passed since 1942. Stop making us choose between a family and a career.