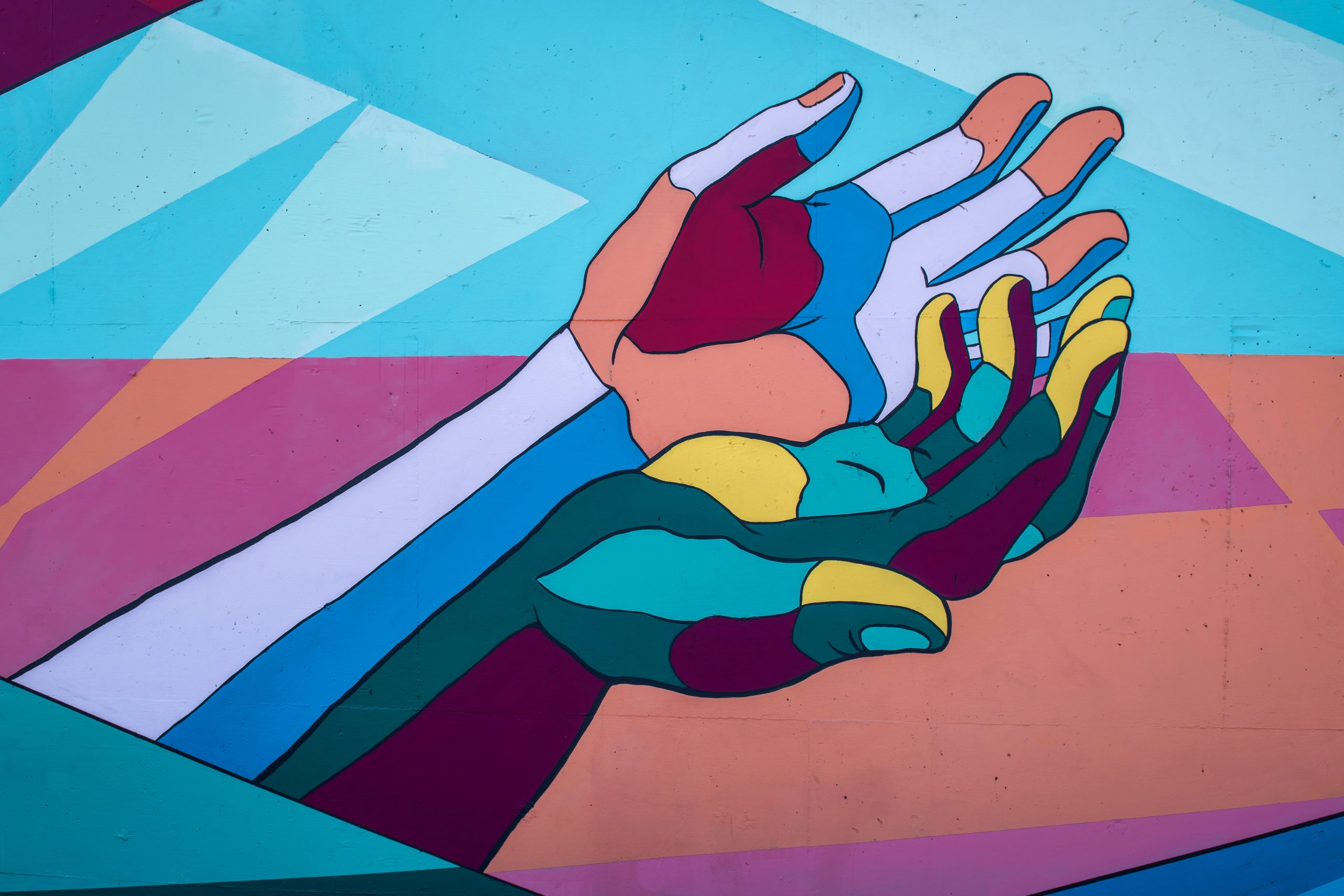 At the dining hall, captivating conversations coalesced into one: a close friend told me how demographic, cultural, and economic changes have affected the inner-workings of small-town Wisconsin politics. Another introduced me to her parents’ home country of Guyana, and how English colonialism influenced the migration pattern of Indian nationals to the small Caribbean country. Another friend, hailing from Nashville, never ceased to analyze her city’s music industry and its urban-rural political divide. Listening to the unique experiences and niche interests of my peers, I realized the many nuances of different cultures I have yet to discover.

Following these spontaneous discussions, I often wanted to explore a breadth of ideas without taking a course on it, without writing a term paper, or without joining a research lab. My friends and I shared insights on our hometown, our relationships, and ideologies with each other, yet these discussions fell short of sustained and stimulating intellectual discussion. We—Duke undergraduates—needed a forum where people could share their diverse interests outside of the restrictive classroom setting and beyond late night debates that never leave the common room. I wanted to gather a collection of informal essays—rather than scholarly academic publications—that could capture the subtleties of each topic. With these thoughts and conversations in mind, The Wellian Magazine was conceived to explore the ideas of culture, literature, and politics in a public setting, with the purpose of bringing these casual conversations between friends and faculty to light for a broader audience to enjoy.

With limited experience in publishing, I knew I was standing on the shoulders of giants. Magazines were one of the most unique mediums through which difficulties, paradoxes, surprises of society can be examined. Editors must prioritize design and content to create a work that authentically connects with their audience. Therefore, a magazine was nothing short of a piece of art, where collaboration and diversity are necessary to deliver a striking presentation. Constantly in awe of the dedication of journalists and public figures who have contributed to the periodical mainstream, I wondered: was there a way to appreciate those before me, while searching for the next frontier? I felt the need to ground my own work in the writings of the past. Ultimately, Ida B Wells, investigative journalist and civil-rights activist, became the inspiration for not only the name of the magazine but also the mission of this organization.

Wells’ uncompromising courage in the face of opposition guided her investigative journalism during the early 19th century. This helped her gain recognition in the South, where the periodical industry was dominated by people—white, male journalists who often intimidated vocal dissidents. She exemplified creative ingenuity, even as she was teaching full time, before eventually pursuing publishing full time. As a businesswoman, her adaptability allowed her to understand the target audience of younger, working-class Black Americans. Iola was her endearing pen name, an identity that grew out of that Southern Black experience Wells both embraced and criticized in her pieces.

What I admire most about Wells was her use of rhetoric to reveal paradoxes and double standards during her time. Unafraid of disagreement from respected Black leaders, Wells highlighted the hypocrisy of Booker T. Washington’s call to promote vocational schooling in Black communities when he himself went to a liberal arts institution. Countering the prevalent narrative that Black men were a threat to white women, Wells highlighted the double standard that white society typically deemed (the unequal) relationships between white men and Black women more acceptable than those between Black men and white women. Wells understood that consensual relationships between Black men with white women were taboo for both racial groups. Yet, she felt compelled to demonstrate that race and the desire to terrorize Black communities were the true reasons why mobs lynched Black Americans: rape was simply an excuse to lynch Black Americans.

Though Wells was a regular acquaintance with controversy, she never let the resulting threats prevent her fulfilling her duty as a journalist—seeking the truth. A white mob burned down Wells’ publication after she revealed how lynch mobs often falsely accused Black men of rape, with the intention of preventing the success of Black Americans. Even before women could vote in the late 1880s, Wells penned pieces calling for Black men to vote not based on traditional party affiliation but on the policies themselves. Only then, she argued, could voters truly influence legislation that would support Black communities. She dedicated her life to crafting stories, exposés and editorials to represent all Black Americans, especially those who were largely obscured from the focus of attention, such as sharecroppers, hurricane refugees, and, most-famously, Black lynching victims.

Named after this illustrious journalist, The Wellian Magazine aspires to celebrate the work of Wells: she embodies the intersection between the historical and contemporary trends of literature, politics, international affairs, and culture. Wells infused political commentary in her literary pieces. Wells intended her short story, Story of 1900, to be a strictly fictional piece, but her campaign for education reform in rural African American communities was interspersed throughout the text. Her literary work exemplifies how literature—including film, books, short stories—from both past and present can reflect our behaviors, our desires, and our hopes.

In addition to her literary contributions, Wells represents the convergence between social and cultural movements. How does her name continue to evolve within ever-changing social movements and attitudes? How will Wells’ political activism be remembered? For example, how will future generations revisit her (often overlooked) co-founding of the NAACP. From an international affairs perspective, Wells demonstrates the importance of sharing her ideas abroad. She once declared that “it was the duties of great nations to shame each other,” but what does that suggest in a modern context? Wells gave lectures to English abolitionists, who were more receptive to her anti-lynching campaign. Likewise, the recent Black Lives Matter protests, which started in the US, have transcended borders, sparking similar protests outside US embassies around the globe. By recognizing how social movements and attitudes can flow across borders, we can further appreciate the common thread of humanity that unites us all.

At The Wellian, we are writers who are passionate about the intersection of our cultural interests and the influence of the past on contemporary movements. Wells championed the pursuit of truth, even if the process and the truth itself were uncomfortable. This ideal remained evident in the plethora of topics Wells decided to explore – from exposing the horrors of lynching and to natural disasters that plagued the Black community. We aspire to emulate her commitment to truth that guided her life’s work through the lens of literary, historical, sociological and political analysis. We hope to foster political discourse, provide a forum for current affairs, and highlight the intersection of our cultural past and present. Only then we are able to contribute more to the ever-evolving conversation of what makes us human.

In describing his course philosophy, my English professor presented seminars akin to a Mediterranean dinner table. Our class was held in the Allen Building (in a room much too small for fifteen people). Yet, that was exactly what the professor had in mind: an intimate setting, familial and relaxed, where we could be sensitive yet informal, jocular and attentive. Like any good Mediterranean potluck, everyone should have something to offer (delicious food or compelling conversations—never arrive empty handed!) Though my seminar class never had the opportunity to share an actual meal together, here at The Wellian Magazine, we invite you to join us at our very own Mediterranean Dinner Table. After all, we believe that discussion, conversation, and debate are some of the best ways to encourage diversity of thought. Savor, breathe, listen, think. We hope to see you soon.

Rennica would like to thank Saralyn Carcy for helping to plan, write, and edit this piece; Akshaj Turebylu for editorial support; and Luke Vermeer for promoting the initial work of the magazine.