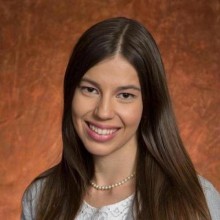 When we think about mathematical problems, we usually imagine equations and proofs; however, when we think about solving real-world problems, subjects such as biology, chemistry, or engineering more frequently come to mind. Mathematical modeling is the bridge that allows a mathematician to be a biologist, chemist, or an ecologist, depending on the problem that he/she is tackling. Applying mathematical tools, real-world problems, such as the spread of infectious diseases, can be translated to equations that mimic their behavior. When a solution to the mathematical problem is obtained, the results can be interpreted back into the language of biology, chemistry, or ecology to make predictions and find new solutions, such as new treatments. With such models, a mathematician can perform “experiments” in the mathematical representations of a real-world problem, instead of undertaking experiments in a lab, which is not always possible with these issues. In this course, we will learn how to navigate through this modeling process and become versed in the modeling of various biological problems using analytical and basic programming techniques. In particular, we will focus on population dynamics, chemical reactions, cancer, epidemics, and vaccination. No calculus or programming experience is required, just curiosity and open-mindedness! 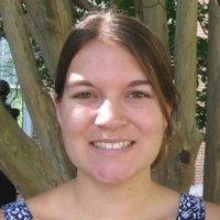 Matlab project materials (instructions are in the Powerpoint file)

You’ll need to pause the videos often to work through the problems on your own before we do them together. You should allow at least 50 or 60 minutes for each lecture.

Lecture video 1   The Bridges of Konigsberg

The group projects can be started after watching the second lecture video.

A dangerous virus has broken out in the world, threatening to create a world epidemic. Pandemic is a board game that explores the outbreak of four diseases. Each player takes a role to help prevent the epidemic: dispatcher, medic, scientist, researcher, operations expert, contingency planner, or quarantine specialist. In this project, we will develop a model to mimic the situation presented in this board game. With simplified rules, considering only one disease and two players, and we will investigate how each player’s role affects the spread of the disease. What combination of two players will prevent an epidemic in the world?

Love and relationships, so complicated and dynamic. In this project, we are going to use mathematical modeling to gain insight into love relationships. We will use the example of Romeo and Juliet’s young love and, following different assumptions about their relationship, we will create corresponding models and analyze the dynamics that emerge from each situation. In each case, what will be the long-term outcome of their love? What will be the deciding factor as to whether or not they will live happily ever after?

Let’s play a simple game of life. Starting when you’re 22, after graduating from college, you have to choose between going to graduate school or not. If you go to graduate school, your income will be greater, but you will be carrying debt. On the other hand, if you decide to get a job, you will not accrue debt and will start to have an income right away. However, your income will never be as high as someone with a Ph.D., MD, or similar degree. Imagine that you want to buy a house when you are 35 years old. Considering a simple economic model we will investigate how such a decision will affect the value of the house you will be able to afford.