Can You Tie Knots? 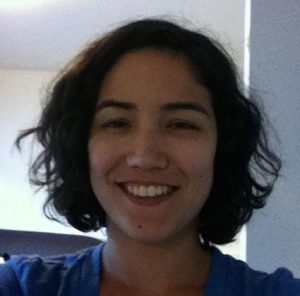 Think of a knot as a string which is tied up and then has the ends glued together. An interesting, and surprisingly hard, question is: How can we tell when two knots are the same? We do this by coming up with ways to assign numbers, polynomials, etc. to knots in such a way that if two knots are the same (no matter what they look like), then they are assigned the same value. This is what we call an invariant. A few examples of such invariants are the unknotting number, stick number, and tricolorability. By the end of the course, we will see that the idea of homology from the other course gives us an invariant of knots as well.

The only prerequisite for this course is an interest in learning something new. Throughout this course, students will work on projects which give hands on investigations of knot invariants and how they were developed.

What Can You Do with Shapes? 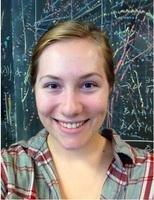 How can you describe qualitative properties of shapes with math? If you ignore the lengths, angles, or equations of a shape, what can you say about it? In this course we will investigate mostly qualitative properties of shapes, using the holes in a shape (homology) as our primary example. We’ll think about shapes in a way that makes it easier to do math with them, and then explore how to apply these ideas to problems in biology, medicine, and robotics.

There will be no calculus involved in this course and no prerequisites other than enthusiasm and openness to a different kind of math. As we explore this traditional mathematical discipline and its modern, applied math formulation, students will investigate projects ranging from pure math problems to applications to mixtures of both.

A knot invariant is an algorithm for assigning a number, polynomial, etc. to a knot which will be the same if two knots are the same. This project will have you work toward defining an invariant which involves looking at a diagram of a knot and seeing how many crossing you have to change to get the unknot (a circle). Further directions could include finding classes of knots that your invariant helps distinguish.

You have a space that you want to monitor and some sensors to do the monitoring. How do you know if your sensor set-up is monitoring the whole space? Are there any holes in your coverage? You’ll devise an algorithm to figure out how good your sensor coverage is and look at how the particular properties of your sensors (for example, the shape of each sensor?s coverage) affect your algorithm.

You have a space that you want to protect and mobile sensors to detect intruders. Can you guarantee that you detect all intruders? What if you don?t have control of the movement of the sensors?

A die is an example of a platonic solid: it has 6 square sides that fit together to make a closed, ?3d? shape. You can make other platonic solids with different numbers of sides and different shapes for sides. How many are there? Do you think it?s possible to find them all?

The crossing number is a fairly simple invariant which looks at the minimum number of crossings required in a diagram of a knot. The Jones polynomial is a very interesting (and complicated) invariant of knots which assigns a (Laurent) polynomial to a knot. However, it turns out that there is a nice relationship between the crossing number and the Jones polynomial for a class of knots called alternating knots. The goal of this project will be to determine what this relationship is.

In one of the courses we will learn about homology. In this project you will learn about a closely related concept: homotopy. How can you use homotopy for robot path planning? Why is homology less helpful in this context?