A number of treatments are currently used to combat malaria. Since the history and ethical issues surrounding these various agents will be covered later, what follows is simply a brief summary of the activity of each compound.

With the genomes of both the Anopheles mosquito30 and the Plasmodium parasite P. falciparum now completely sequenced31, scientists are now working to develop more sophisticated medicines that target specific molecules (i.e. molecular medicine).These include DNA vaccines for particular components of Plasmodia genome32. However, given the complex life cycle of the organism, finding the best target gene is tricky33. Whether such techniques will prove successful, remains to be seen, but in the meantime, conventional pharmacological treatments include the following drugs.

Quinolines (such as quinine and chloroquine) are thought to kill parasites by inhibiting the activity of heme polymerase, an enzyme responsible for degrading the heme ring of hemoglobin (which holds oxygen molecules) into harmless byproducts34. The parasites need this enzyme because, unlike human red blood cells, they are unable to bury the harmful heme ring within a hemoglobin molecule34. Left free within the Plasmodium cell, the iron-containing heme is toxic to the parasites, generating harmful oxygen species that damage the cell membrane and other sensitive structures29. Normally, the parasite will safely store the heme in a molecule called hemozoin34,35. Chloroquine, according to this hypothesis, damages the parasite by preventing the formation of this chain, leading to oxidative damage (see sidebar)34,35. 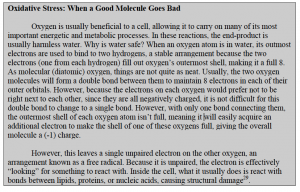 Among the quinoline compounds, chloroquine is particularly effective because it has been shown to concentrate itself within red blood cells to levels many times higher than it exists in the free plasma36. Unfortunately Plasmodia, like most pathogens, have become resistant to chloroquine treatment. Many times, the parasites evade the drug’s action by generating molecular pumps that quickly expel chloroquine37.

Artemisinin, another pharmaceutical agent, impairs parasite development by inhibiting the action of a calcium transporter in the membrane of the rough endoplasmic reticulum of the trypanosome38. Disrupting the transport of calcium ions disturbs the delicate balance of ions that create favorable chemical conditions inside the parasite cytoplasm and, in severe instances, trigger cell death38. The drug is also thought to inhibit digestive pathways in the parasite, and, like chloroquine, to cause the formation of freefloating heme and the resulting harmful oxygen species40. However, in the case of artemisinin, this is because the drug prevents the formation of hemoglobin molecules40.

As with other diseases covered in this course, vaccinations against malaria are also being researched. These treatments can target many different stages of the malaria parasite’s life cycle, and are being developed in a number of forms. On the crudest level, inactive parasites or blood components from a person with natural malarial immunity can be used as a vaccine41. Additionally, research has focused on more refined methods. One is the development of a recombinant vaccine that would target several stages of the parasite’s life cycle by training the body to recognize artificially generated Plasmodia proteins. This form has had promising results through trials conducted by The Walter Reed Army Institute of Research and SmithKline Beecham Biologicals42. Scientists have also explored generating Plasmodia proteins in the milk of genetically modified mice, an approach for which studies are still being conducted43. Yet another strategy is to vaccinate using just a circle of DNA containing the genes for Plasmodia proteins, which is then replicated by the human body to train the immune system to attack these molecules44. Finally, the ongoing sequencing of Plasmodia genomes has opened the possibility of testing large numbers of parasite proteins to see which one is most effective at generating an immune response from the human body45.

Though not a treatment, another molecular-level defense against malaria is worth mentioning: sickle cell anemia. It occupies a special place in medical history as it was the first disease attributed to an abnormal protein, a fact determined in 194846. A single mutation in the gene sequence for the hemoglobin molecule causes red blood cells to assume a distorted three-dimensional conformation. The mutated residue creates a “sticky” surface that causes affected hemoglobins to aggregate, resulting in “sickled” cells. When the mutation is homozygous (i.e., there are two copies of the defective gene, as described in the genetics sidebar), it causes the painful accumulation of red blood cells in small blood vessels, blocking blood flow47. The warped blood cells also have a shorter lifespan than normal, decreasing the number of cells that can carry oxygen to all the places it is needed in the body. However, those who possess only one copy of the sickle cell mutation (or heterozygotes) benefit from increased resistance to malaria47. In fact, for this reason, sickle cell anemia is common among people of African or Mediterranean descent, both regions where malaria has been prevalent.

For example a study of P. falciparum infection in children on the Kenyan coast revealed that heterozygotes enjoyed 50-90% fewer cases of malaria, depending upon the severity of infection (i.e., the most severe infections experienced the greatest percentile reduction)48. Interestingly, a second study found that the benefit was mainly conferred during ages 2-16 months, where earlier infection is combated my fetal immune factors, and later infections are repelled by acquired immunity or the fact that the more “susceptible” individuals in a population have already died49.

Why this single mutant allele is beneficial in terms of malaria is still not completely understood though there are a number of possible reasons. One is offered by the observation that malarial parasites cannot survive in red blood cells that have sickled due to oxygen deprivation50. Another theory is that the generation of oxygen radicals within sickled red blood cells harms the parasite51. A final theory is that sickled cells may generate high amounts of sickled hemoglobin polymer, a molecule that can also damage malarial parasites52.

Comprehension Questions:
1. What molecules generated by quinines and artemesinin cause structural damage to a cell?
2. Why is making a vaccine against a trypanosome difficult?
3. What is the molecular difference between normal and sickle-celled hemoglobin? How does this change the protein?