Cleon Cathedral is a counterfactual model (a building that could have been built, but due to a range of historical factors, was not) of a Gothic Cathedral with several periods of construction. The choir, crossing and transepts in the east end were built in an early Gothic style in the 12th century – drawing their influence from the cathedrals of Noyon, Laon, Sens and Lyon. The second major phase of construction – of the Nave, Narthex and West Facade – began in 1225 in what is known as a “High Gothic” style. The West Facade drew inspiration from Notre Dame in Paris, and the Cathedrals of Reims and Laon. Given the huge importance of stained glass to the Gothic Style in France (and elsewhere) a lot of attention was spent on the design of the clerestory and rose windows. Cleon is a real town that is situated in a bend in the Seine river in north-east France. It’s proximity to the Cathedral and town of Rouen inspired the patrons for this project to create a counterfactual history in which Rouen Cathedral was never fully rebuilt after being struck by lightning and burning in 1110 – leaving an opportunity for the nearby town of Cleon to take over the Diocese and build a new cathedral. The project team developed a city plan, a foundation story and iconographic and sculptural program, and modeled the full cathedral in Fusion 360 software. 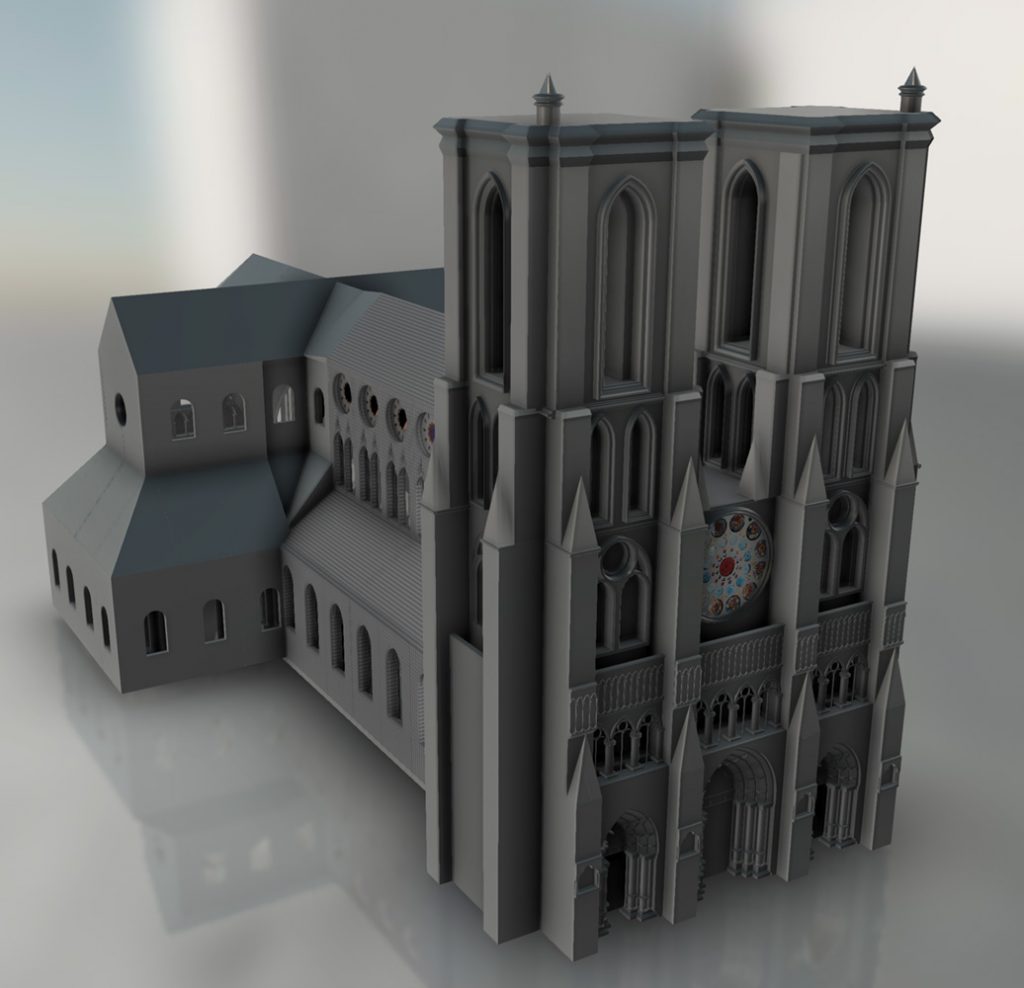 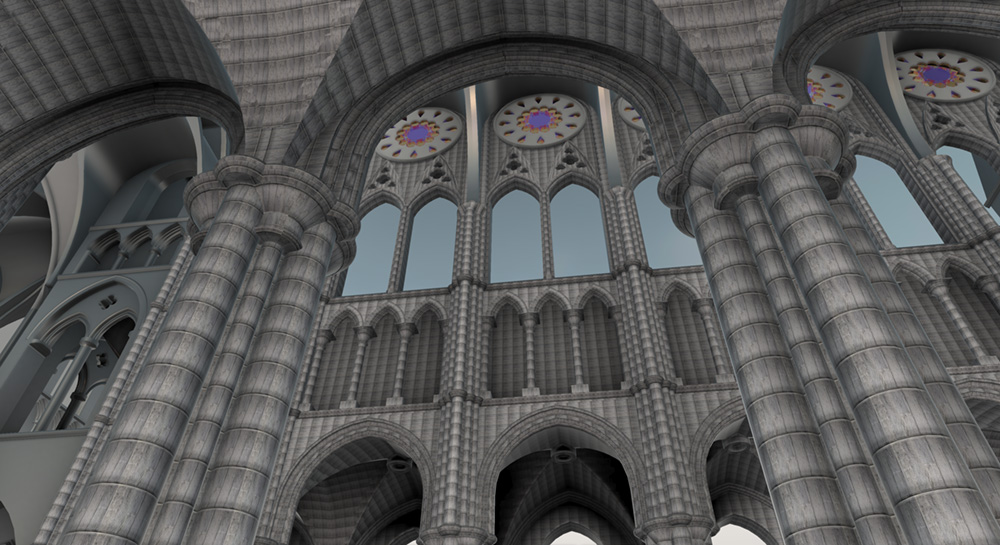 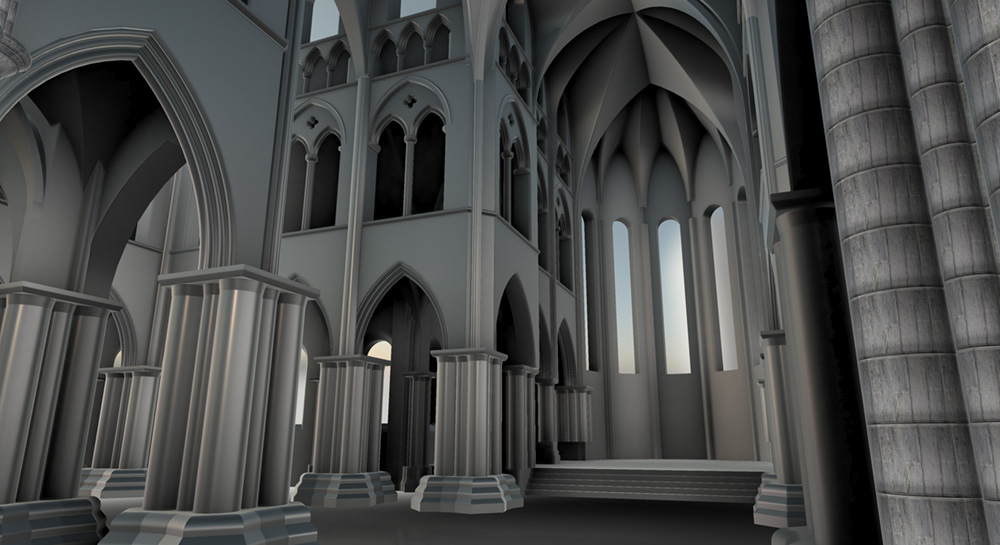 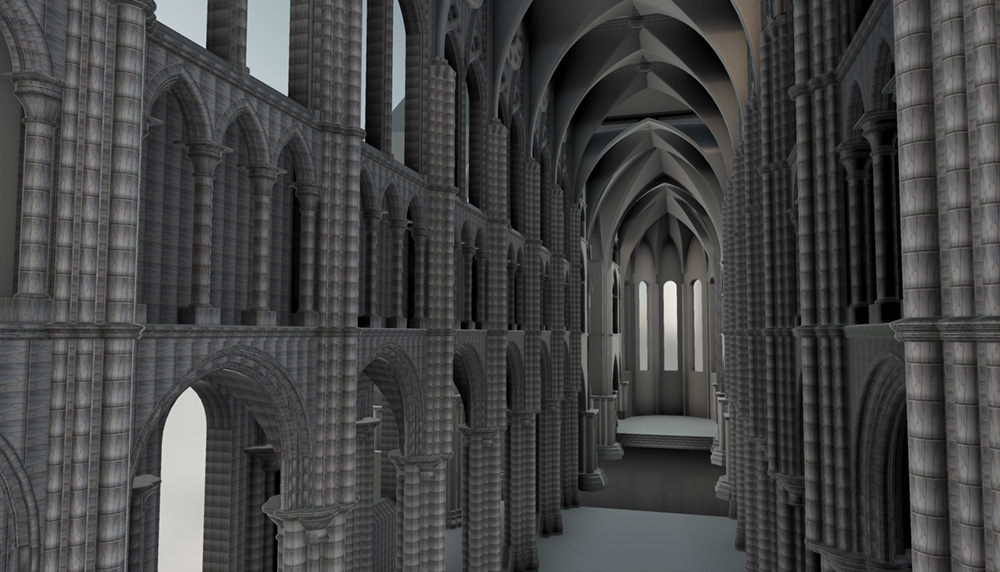 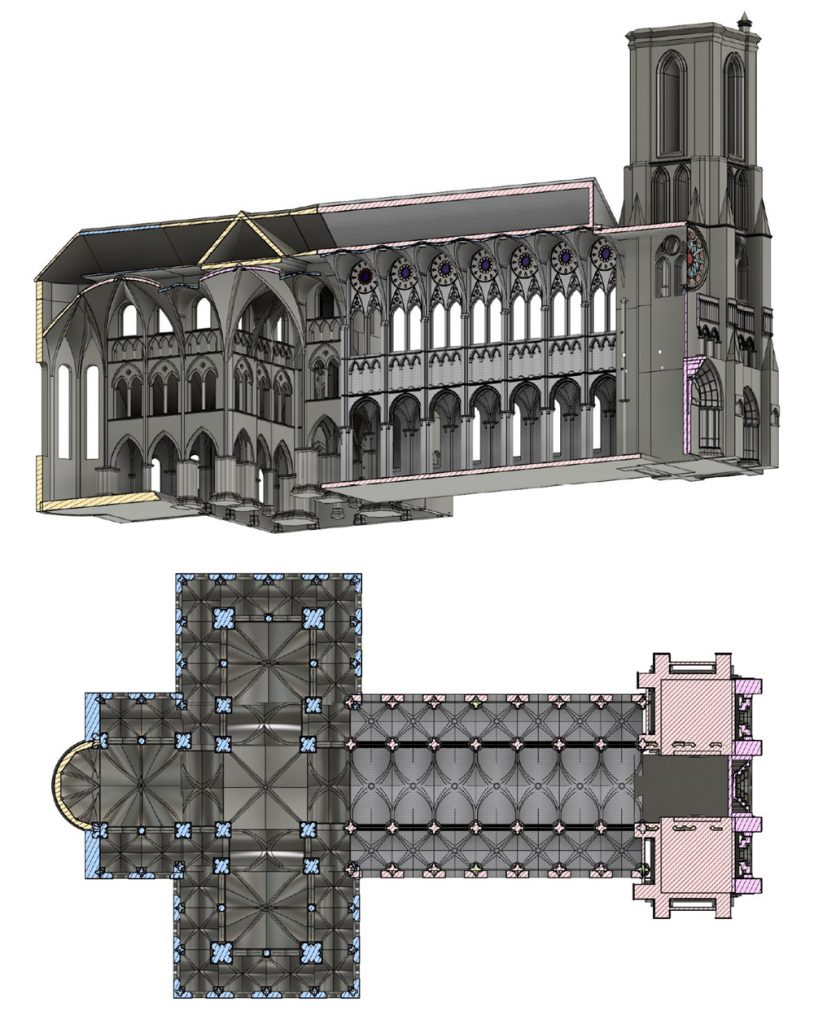 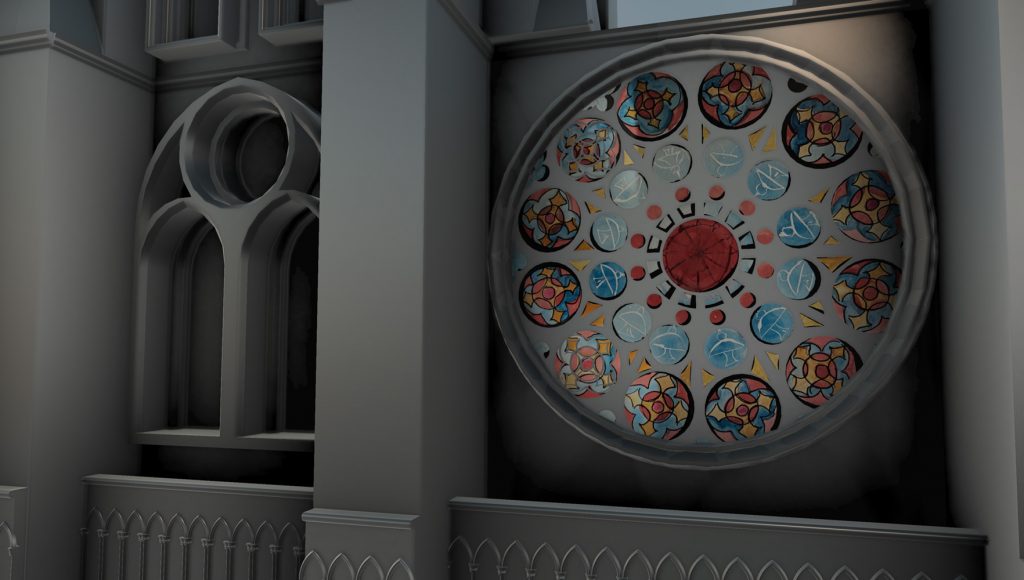 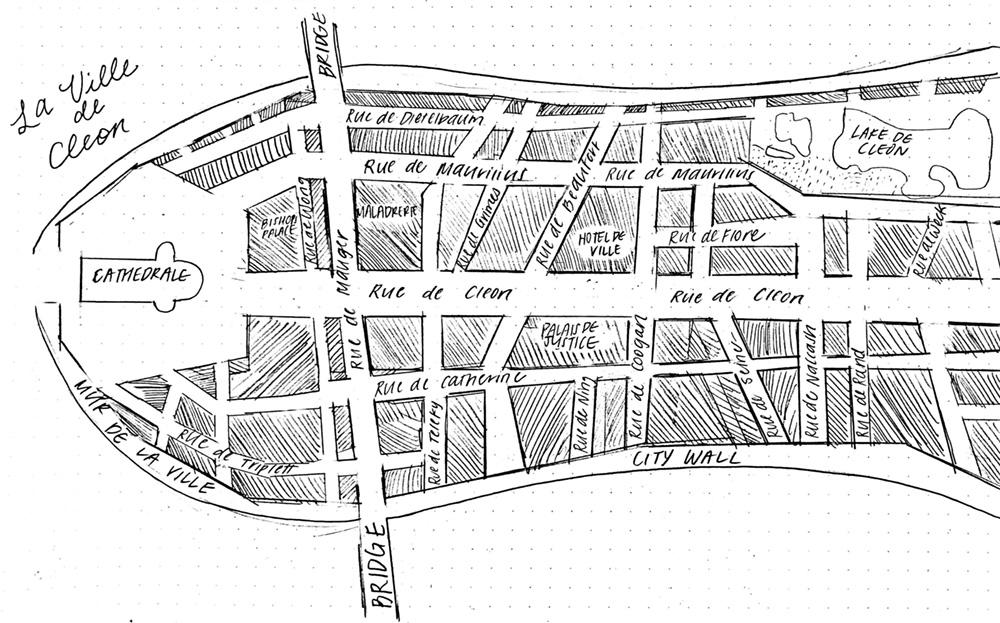