Bridgwater Abbey is a monastery complex  inspired by English Gothic architecture. As a counterfactual model  (one that could have been built, but due to a variety of historical factors was not) Bridgewater Abbey was inspired by a specific time and place. In this case, the east end of the building resembles an early English Gothic style from the first stage of construction in the 12th-13th century when the church was intended to become a Cathedral for the diocese that eventually moved to Wells, England. The second stage of construction in the nave, west facade, cloisters and chapter house were built when the church transitioned into a Franciscan Abbey in the 14th-15th centuries and resembles the English Perpendicular style. Bridgwater is a real town in Somerset England with a rich history from the medieval period. Thanks to the town’s historical society, the city planner for the project was able to locate several early 19th century plans of the town that helped to imagine what the town could have looked like  if it has become a more prominent site that had the means to build a grand Gothic style Abbey in the 14th century. The Bridgwater team produced a history of the construction process, a city plan, and an assembly of the abbey using Fusion 360. 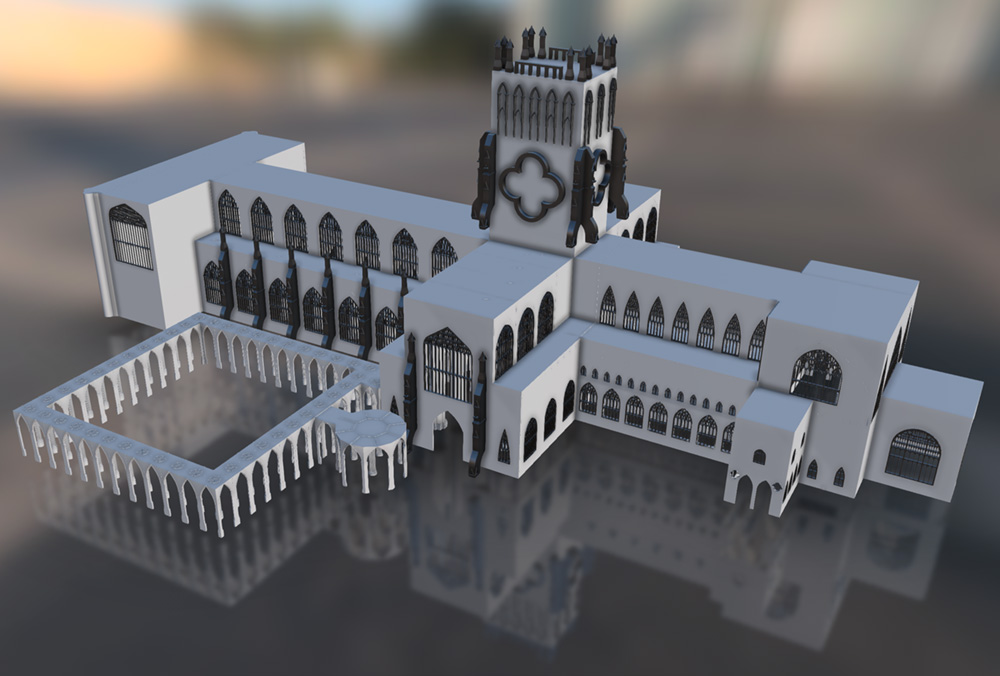 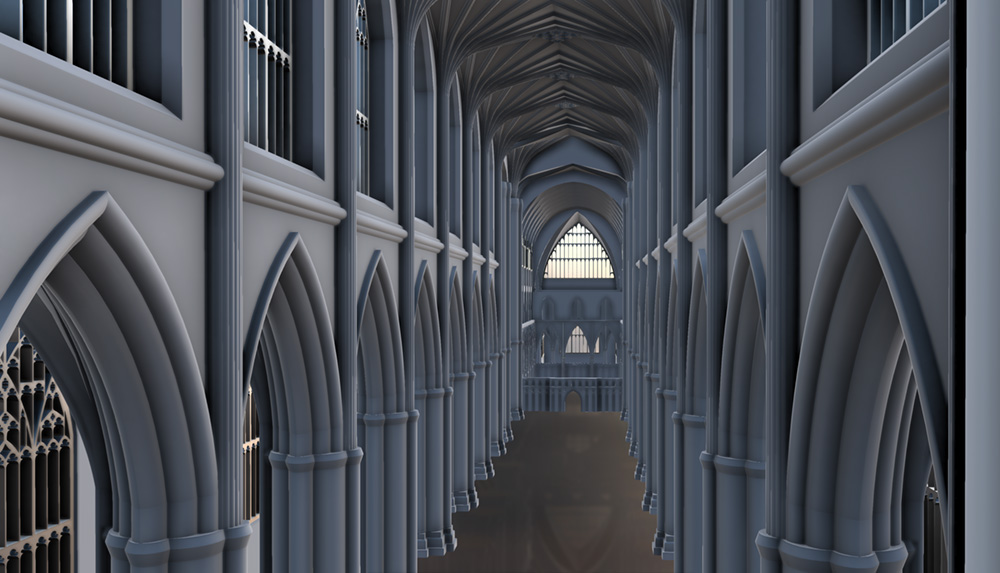 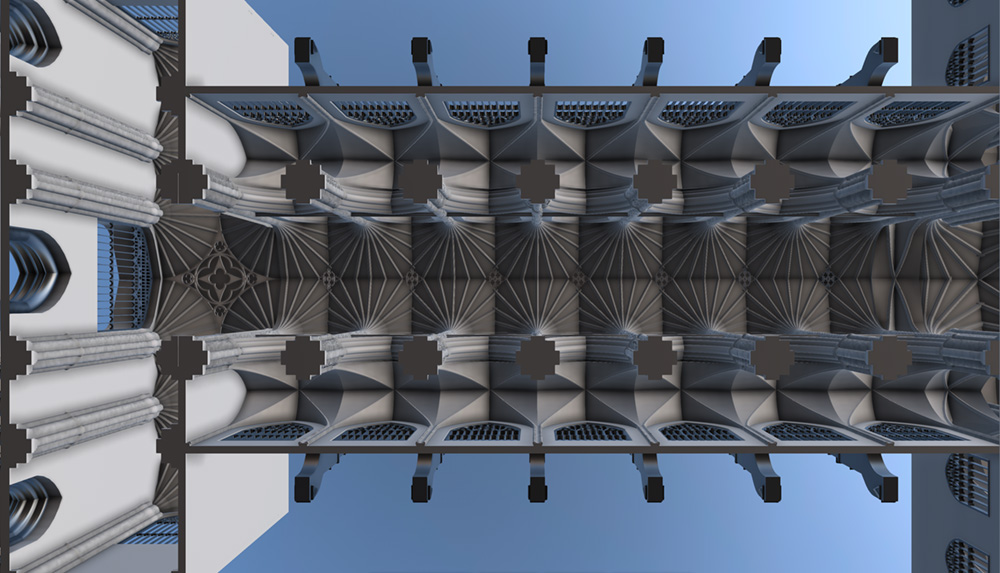 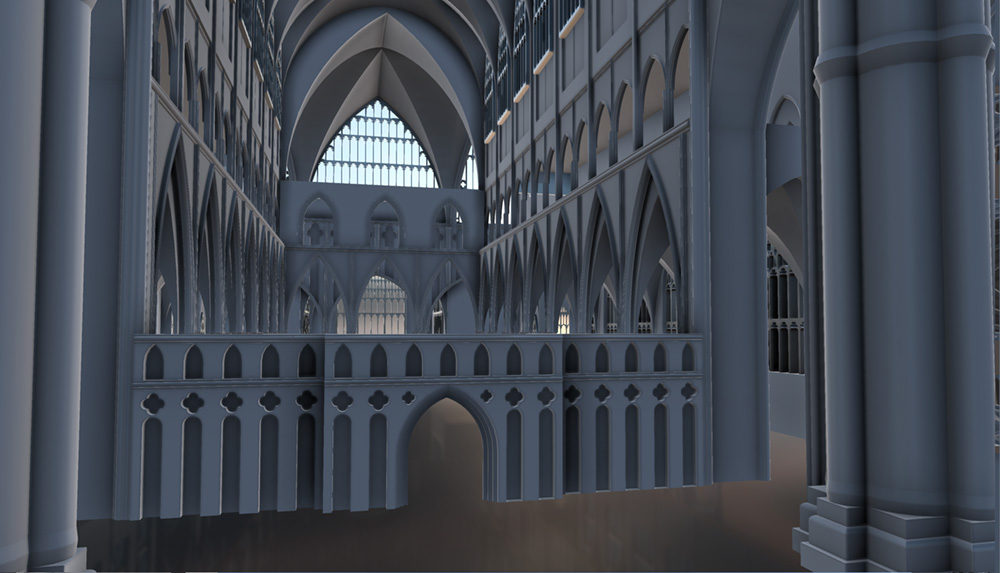 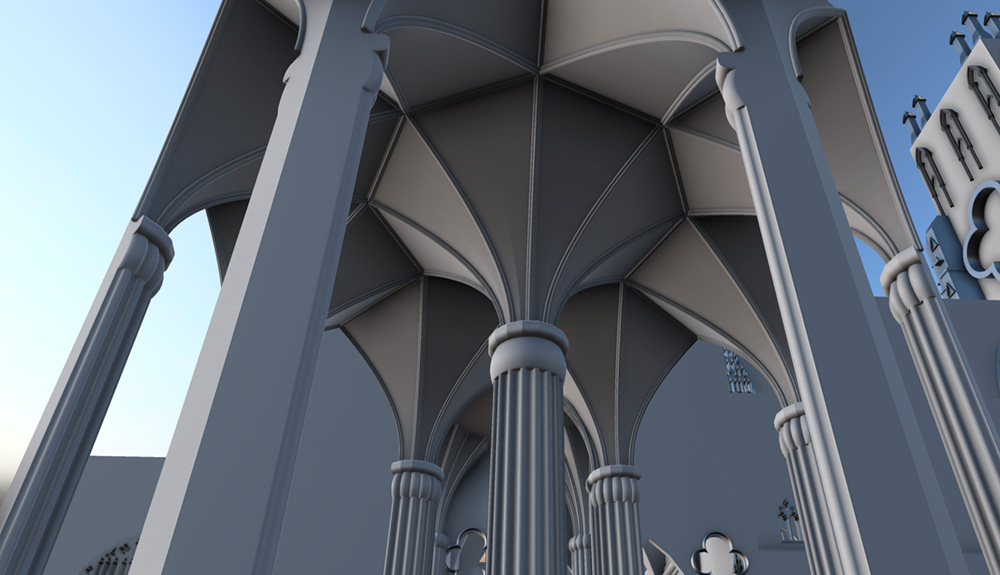 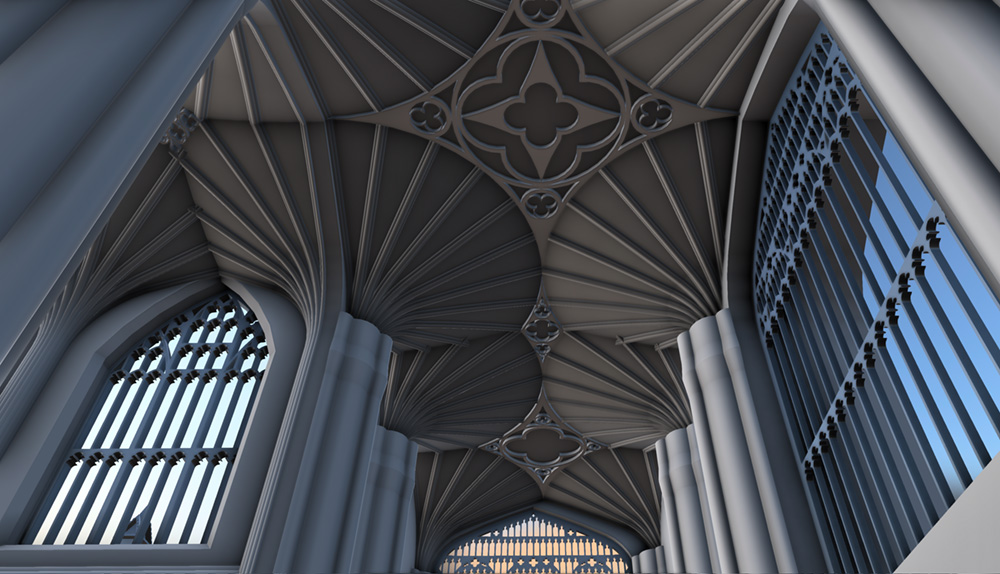 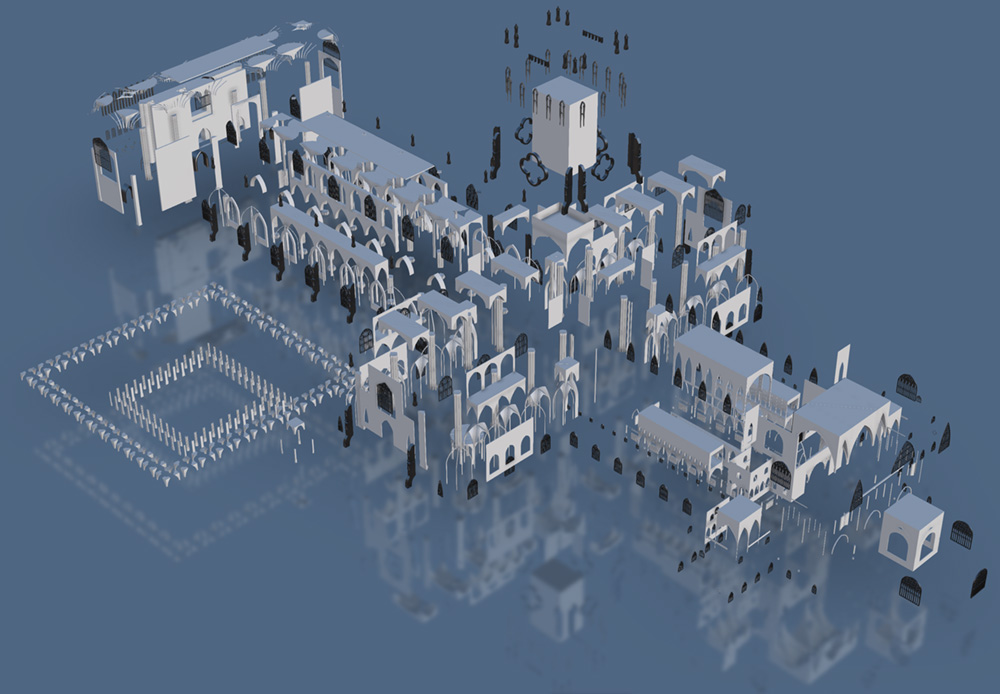