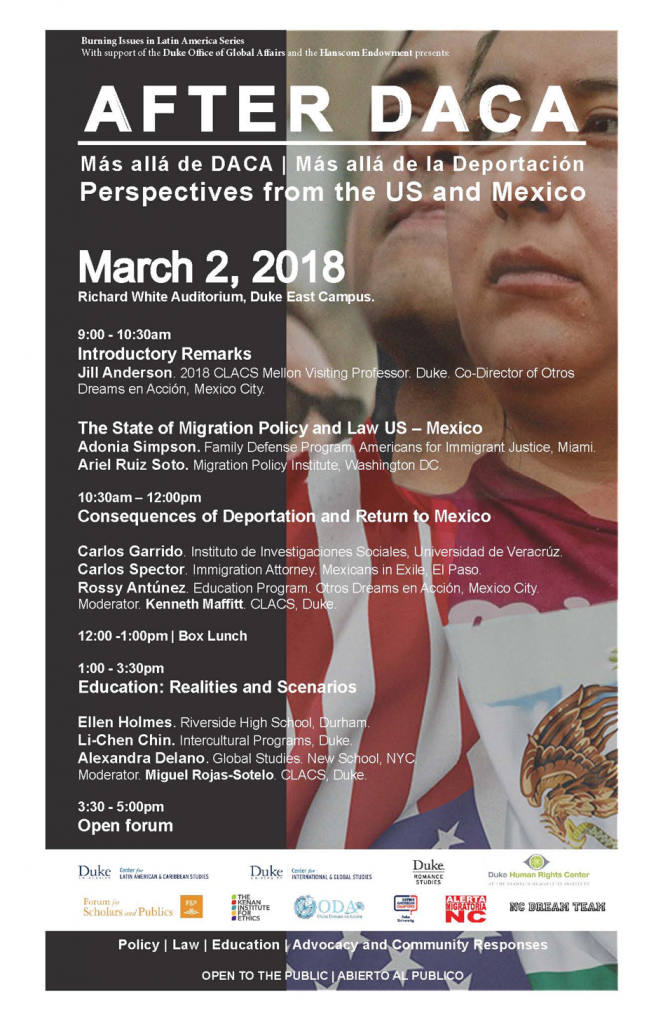 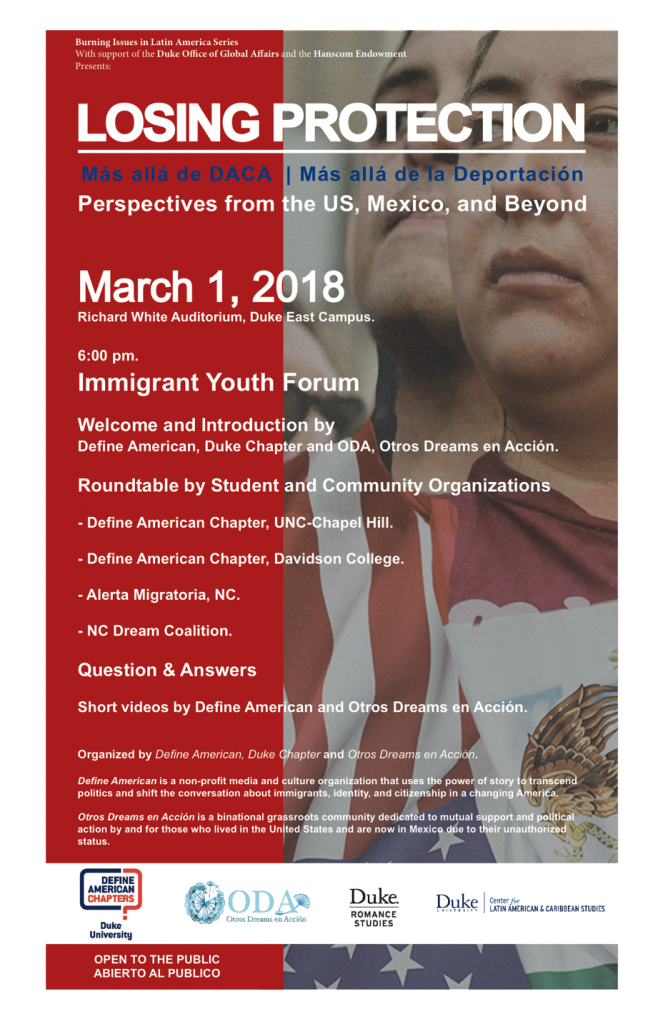 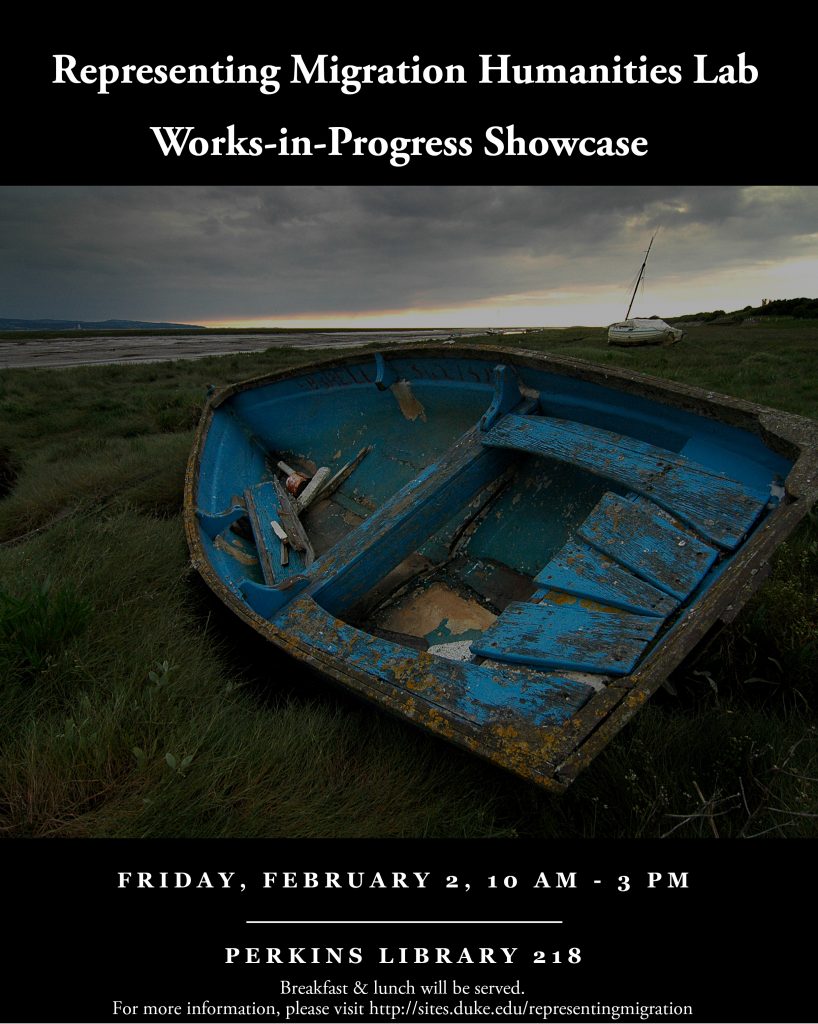 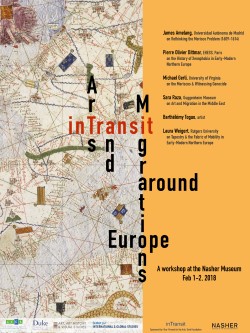 How does the history of migration around Europe change when we consider early modern Muslims, their expulsion from Spain, their crossing to North Africa in 1609? When we look Northwards, at thousands of local working men and women along the Channel, besieged by dynastic conflict, uprooted by religious war across French, Flemish, Nederlandish lands?

The inTransit research group takes these 2 cases to investigate because rarely are these peoples conceived as migrants. We focus attention on groups – religious communities and socio-economic classes – whose figures and own expression are missing from a general picture of migration. We choose to do so by way of the arts. The materials of visual and literary culture offer a telling way into this little-known early modern chapter of migration around Europe.

On February 1-2, we’re hosting a workshop to begin pursuing these questions. Colleagues from the Dept. of Romance Studies, Art, Art History and Visual Studies, and the Nasher Museum have invited a small group of cultural historians, artists, and a museum curator to join our investigation. Our approach involves working with creators and critics engaged with the question of migration today. inTransit combines historical research with today’s art practice, and curatorial thinking. And this work focuses on — updates — what continue to be two hot zones for migrants around Europe: the North African-Spanish passage, the Northern, Channel crossing . We believe that such collaborations will help build a fuller history of migration, and help deepen debates around those who face forced migration now.

The opening discussion on the evening, Feb. 1 welcomes the general public and all those interested in the issues, including in the local area.

Raquel Salvatella de Prada will be showing her work in progress, “Cornered,” a video installation that represents the motivation and struggles of African immigrants leaving their home country and making an attempt, most often failed, to cross the border from Morocco to the Spanish cities of Melilla and Ceuta, the only European cities on Africa’s mainland.

Through the workshop, inTransit aims to contribute to the campus and Durham community-wide debate on migration.

It also marks the first phase of preparing a small experimental exhibition with students set for the Nasher, Oct. 1-Jan. 6 2018.

James Amelang, Universidad Autónoma de Madrid:
on the Expulsion of the Moriscos from Spain

Michael Gerli, University of Virginia:
on the Moriscos & Witnessing Genocide

Sara Razza, Guggenheim Museum:
on Art and Migration in the Middle East

For more information on the inTransit project as a whole, see: https://intransitduke.org 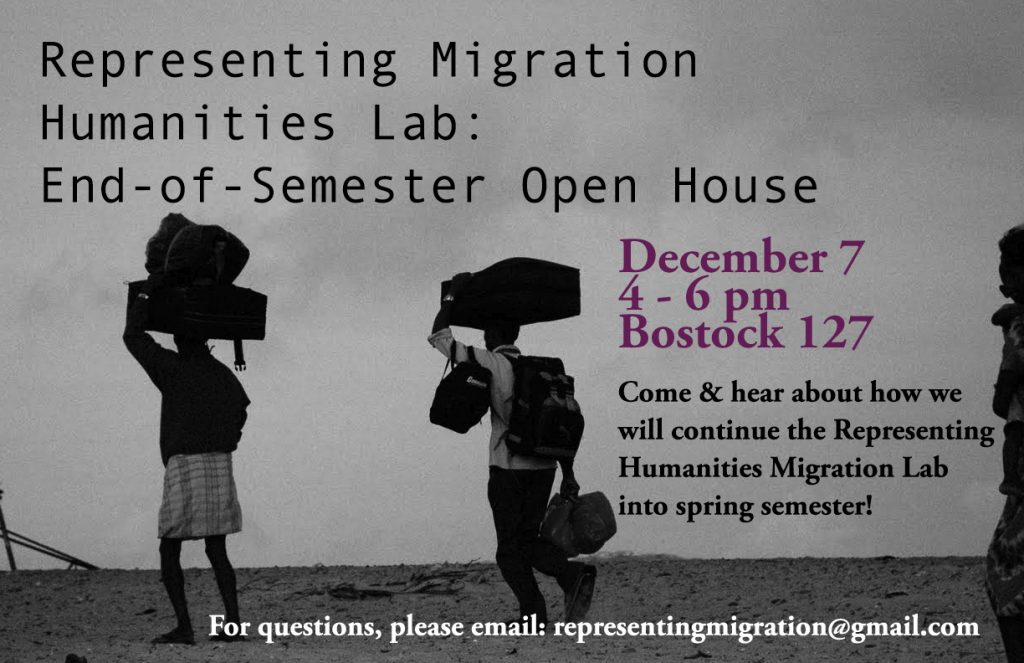 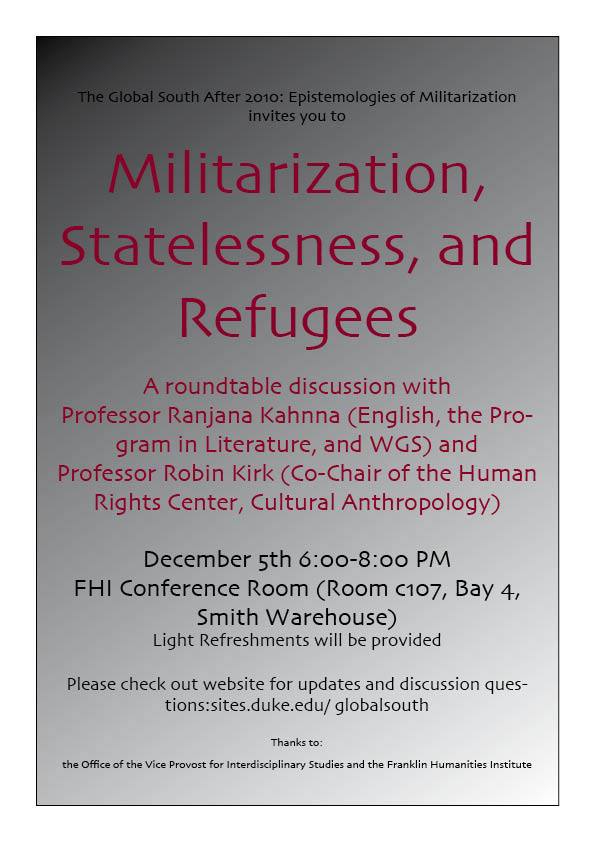 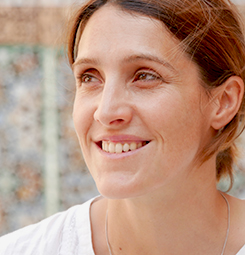 “Cornered (a work in progress)”

“Cornered,” is a video installation that represents the motivation and struggles of African immigrants leaving their home country and making an attempt, most often failed, to cross the border from Morocco to the Spanish cities of Melilla and Ceuta, the only European cities on Africa’s mainland.

The installation features video projections on a stylized Moroccan table with a dome covering the top area and the viewer sees the video projection by walking around the structure.

Raquel Salvatella de Prada is a computer artist and assistant professor of the practice of Visual Arts at Duke University. Her work often focuses on integrating computer animation and motion design with different traditional art forms by collaborating with artists of diverse backgrounds such as printmaking, painting, installation art, poetry and performance. She finds that the combination of her digital medium with physical visual media can be a powerful way to communicate social issues. Her experimental animation work and collaborative performance pieces have been featured at festivals and on stages across the country and internationally.

As always, drinks and snacks will be served.

The next two meetings of the Social Movements Lab will focus on the City Plaza Hotel, a hotel in Athens occupied and run by migrants.

The meeting on Wednesday, November 8th at 3 pm – 4 pm will be a “mapping” session for us to learn about the City Plaza. In preparation, please read and watch some of the following materials:

“This Refugee Squat Represents the Best and Worst of Humanity”
“We Struggle Together, We Live Together”
“The Best Hotel in Europe”

The meeting on Monday, November 13th at 12 pm – 1:15 pm will be a dialogue via Skype with two participants from the City Plaza Hotel in Athens, Olga and Loukia. 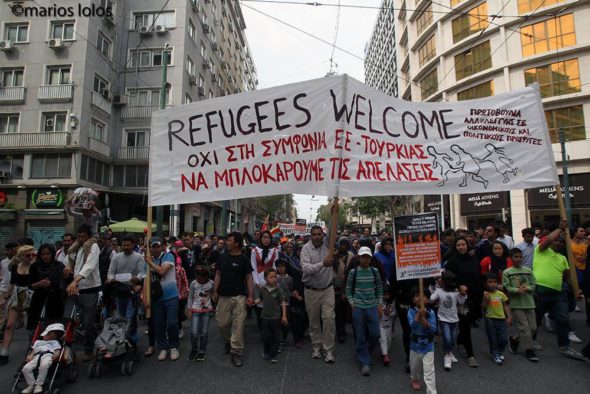 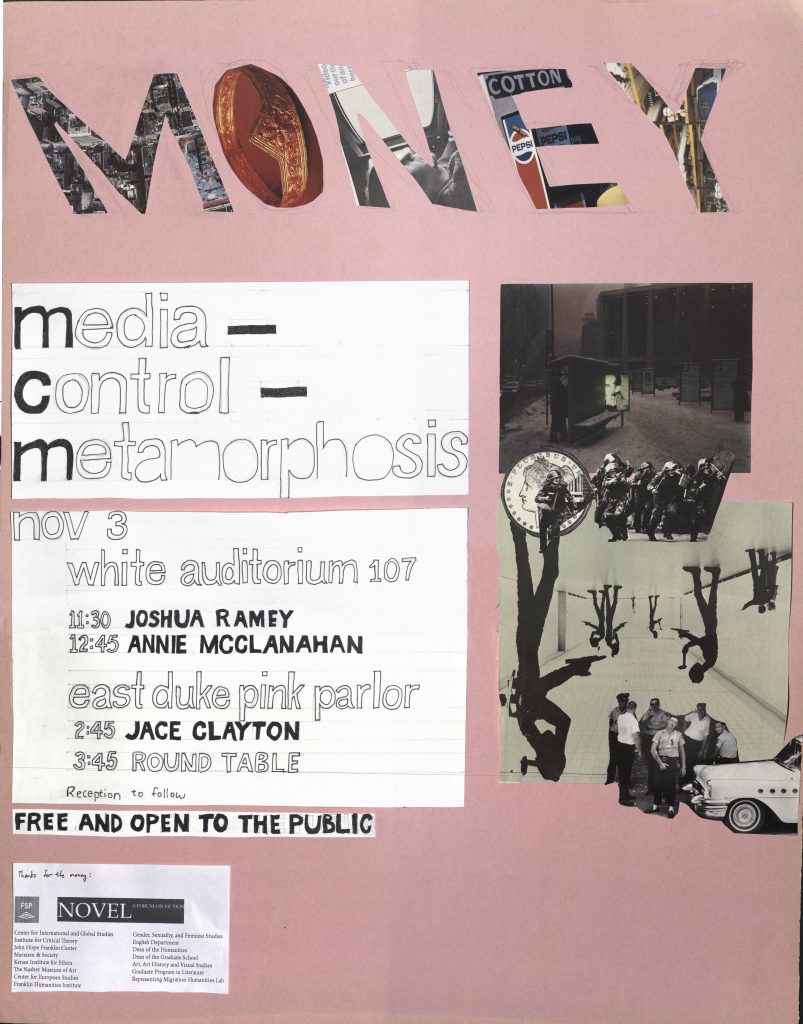