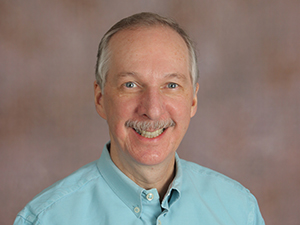 Dr. Richard Brennan received his BA in Biology with Distinction from Boston University and his PhD in Biochemistry from the University of Wisconsin, Madison. His postdoctoral training was conducted in the lab of Professor Brian W. Matthews at the University of Oregon’s Institute of Molecular Biology. After completing his postdoctoral fellowship in 1989, Dr. Brennan joined the faculty at the Oregon Health & Science University where he rose through the academic ranks and became the Richard T Jones Professor of Structural Biology in 2001. In 2005, Dr. Brennan moved to the University of Texas, M.D. Anderson Cancer Center as the Robert A. Welch Distinguished University Chair in Chemistry in the Department of Biochemistry and Molecular Biology. Finally, in 2011 Dr. Brennan became the Chair of the Department of Biochemistry at Duke University School of Medicine and is currently a James B. Duke Professor of Biochemistry. He has published over 130 articles and his laboratory has elucidated the first high-resolution structures of a LacI, MerR, or MarR family members bound to cognate DNA, Hfq-RNA complexes, and the first multidrug-binding transcription regulators bound to multiple drugs.

Beyond his research, Dr. Brennan has a long-standing interest in graduate and postdoctoral education and training and has served on the NIGMS Biomedical Research and Research Training grant study section. In 2004, he was awarded the John A. Resko Faculty Research Achievement and Mentoring Award from the Oregon Health & Science University. He served as a counselor for the Biophysical Society and is a member of several professional societies, including the American Association for the Advancement of Science, American Crystallographic Society, American Society for Microbiology, American Society for Biochemistry and Molecular Biology, and the Biophysical Society. He is currently serving on the editorial boards of Molecular Microbiology, the Journal of Bacteriology and mBio. He was elected Fellow of the American Academy of Microbiology in 2007 and Fellow of the American Association for the Advancement of Science in 2011.