Prior to being donned the “American Eve”, Evelyn Nesbit rose to fame in  the beginning of the 20th century. Beginning as a novice model in New York City, Nesbit quickly became a “Gibson Girl“. Essentially, Nesbit was the Marilyn Monroe of her era. Following her work as a model, Nesbit made the transition to the stage via the Broadway production of Florodora. This is where Evelyn met Stanford White and the makings of the love triangle began. An excerpt from a 2008 radio interview of Paula Uruburu (see below), scholar and author of American Eve, discusses the dynamics of Evelyn Nesbit and the “crime of the century.”

During the the early 20th century, Stanford White was the most prominent architect in the United States. One of his most memorable, and still standing, creation is the Washington Square Arch in Manhattan. 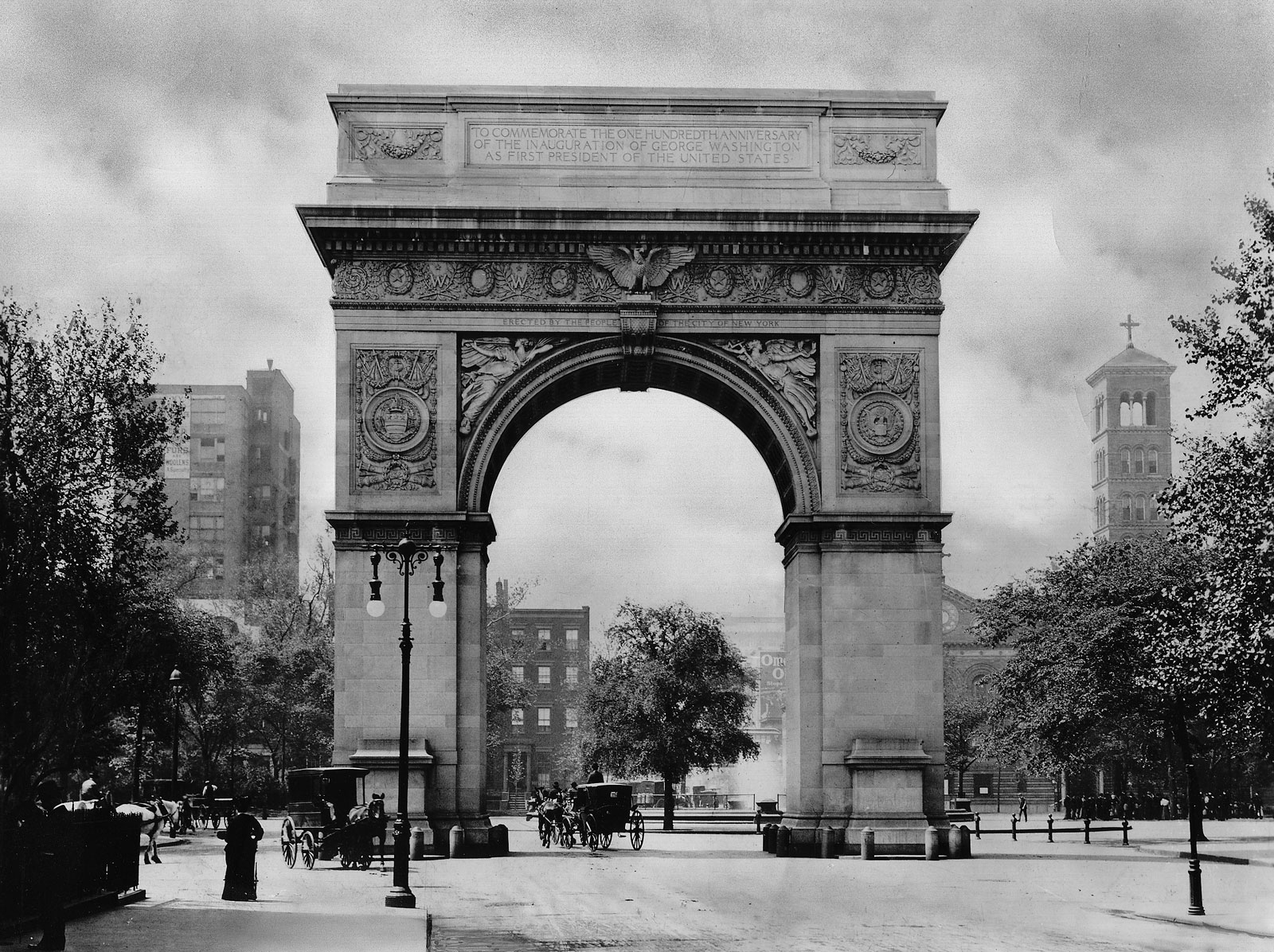 Built twice by Stanford White during the late19th century, the Washington Square Arch was originally constructed to celebrate the centennial of George Washington's inaugural.

After meeting Nesbit at a performance of Florodora, Stanford White began to pursue Nesbit. He quickly became Nesbit and her family’s benefactor. Following White’s seduction of (or drugged and raped) sixteen year old Evelyn Nesbit, Nesbit remained White’s mistress for about a year.

The Shooting and the Trial

After seeing White at a coffee shop earlier in the day, Thaw shot White later that evening at a performance of Mam’zelle Champagne at Madison Square Garden on June 25, 1906. Harry thaw was tried twice for the murder. At the first hearing in 1907, there was a hung jury. In following trial in 1908, the jury found Thaw to be insane and Thaw was committed to Matteawan State Hospital for the Criminally Insane. Thaw was released in 1915.

Harry Thaw was beheld as a hero by the general public. Due to publicly and the financial efforts of his family, Thaw was romanticized as a hero–a protector of women’s virtues.

Following the trials, Nesbit fell out of fame. Now known as “the girl in the red velvet swing“, Nesbit continued to perform but did not captivate the general public as much as she had pre-the love triangle murder.

American actress and artists’ model Evelyn Nesbit, photo of 1913 from The United States Library of Congress