The Schooled Society and its Enemies: Reflections in the History of Educational and Political Thought

If Heather Williams, Robert “Bob” Paris Moses, and Tomiko Brown-Nagin are any indication, the study of educational inequality naturally lends itself to the study of the contestation over rights whose guarantee is the basis for the very legitimacy of State and Court as means of social governance in the first place. This talk draws on the work of the aforementioned and other scholars including rather old and unexpected ones, to raise a set of questions relevant to ongoing actions and discourse over the fate of education in the United States: what are the tradeoffs, so to speak, involved in the historical development of a “public option” in the teaching of the young? For instance, wider involvement of the State gives provenance to “democratic” commitments over “republican” ones which favor the formation of a lettered elite. Yet, as is increasingly apparent, it may well be that procedurally democratic outcomes prove controversial, even scandalizing those who in other instances would rather that knowledge—or at least means of acquiring knowledge—be expanded, perhaps in the interest of something as vaulting in ambition as “justice” itself or as grounded and pragmatic as people “becoming their own leaders.” In the case of scandal, is it better to hold fast to the love of democracy or, for the maintenance of respectability and security of the general welfare, should provenance of education have remained in the sphere of the republican lettered elite all along? The course of events, time and again, has shown a wrestling with such issues, repeating itself despite—not for the lack of—people learning the lessons of history. The answer, especially for those looking to the past for “solutions” to present concerns may well be very—even all too—simple: “whereof we cannot speak, thereof we shall be silent.” 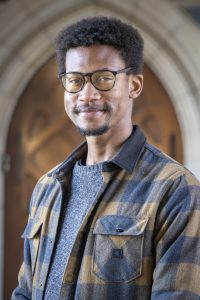 Aaron Colston is a recent Ph.D in History working on the modern United States. He brings a comparative and transnational perspective on issues in education, political culture, and societal development. His current manuscript examines how activist-educators and intellectuals campaigned for literacy on the periphery of the U.S. South and Northeast of Brazil, forming a common “grassroots school” of liberation pedagogy. By promoting rights to education, first-class citizenship, housing, and healthcare among Black and mixed-race populations, this liberation pedagogy confronted the enduring legacy of slavery even into the advent of the Cold War.