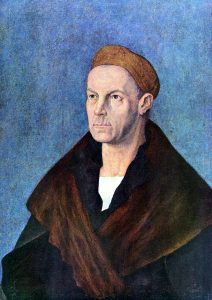 e most significant figure in early capitalism in Germany. Fugger was one of the wealthiest men in the world at the time, so wealthy that through bribes made by Fugger Charles V was elected emperor in 1519. He was known mainly for being a banker who would finance many different famous political and religious figures. He is known as being one of the richest men to ever live having a net worth estimated anywhere from 250 billion to upwards of 400 billion US dollars in todays currency. Along with banking he was known for being involved in the mining business. His connection with the mining business started in 1494 when gained control over the Hungarian-Slovakian mining district. After taking over this business he would use this to expand the business and also expand his own economic connections that would later help him when he became a banker. Fugger used his immense amount of wealth to position himself along emperors and people of power so that what he wanted to get done would get done. Fugger highly apposed the reformation and when Martin Luther was challenging the church and its way of life Fugger aligned himself with the Roman Church and the Emperor of the Holy Roman Empire. During peasant uprisings that were taking place in territories that Fugger had obtained through business deals, Fugger granted loans and sent copper to many powerful figures like the Hapsburgs for exchange of guns to fight back against the reformation movement.