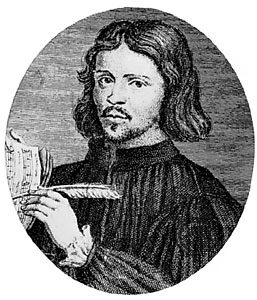 Thomas Tallis was an English composer and musician during the Reformation era. He was born in around 1505 and died in 1585. His life of music started from a choirboy. He learned music there and became an organist of the Benedictine priory of Dover. The environment he raised up was the tradition of Roman Catholic, and he composed Latin liturgical music in his early life as a composer. He produced many Latin motets and votive antiphons.

However, he became one of the first composers who wrote new protestant liturgical anthems in English. One of these songs, If ye love me, is very popular. Tallis and William Byrd were close friends as they shared their work of composing church music. He wrote anthems and canticles during the formative years of the Protestant rite (1549–53), and it is one of the essential things in his work. Tallis married Joan in about 1552.

To learn more about the Reformation in England, visit: England 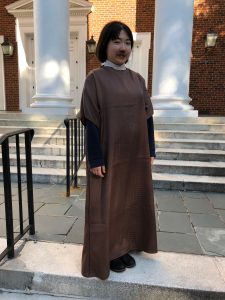 Thomas came to the 21st century! I made a robe and a mustache to become Thomas. Material: tablecloth ($3) and sewing thread