Ambassador Miriam Sapiro brings to Duke a wealth of experience as a senior government official and business leader. She has led teams at the White House and the State Department that addressed foreign policy, national security and economic challenges around the world. She has extensive experience working in the private sector with companies and non-governmental organizations on crisis management and international policy issues. 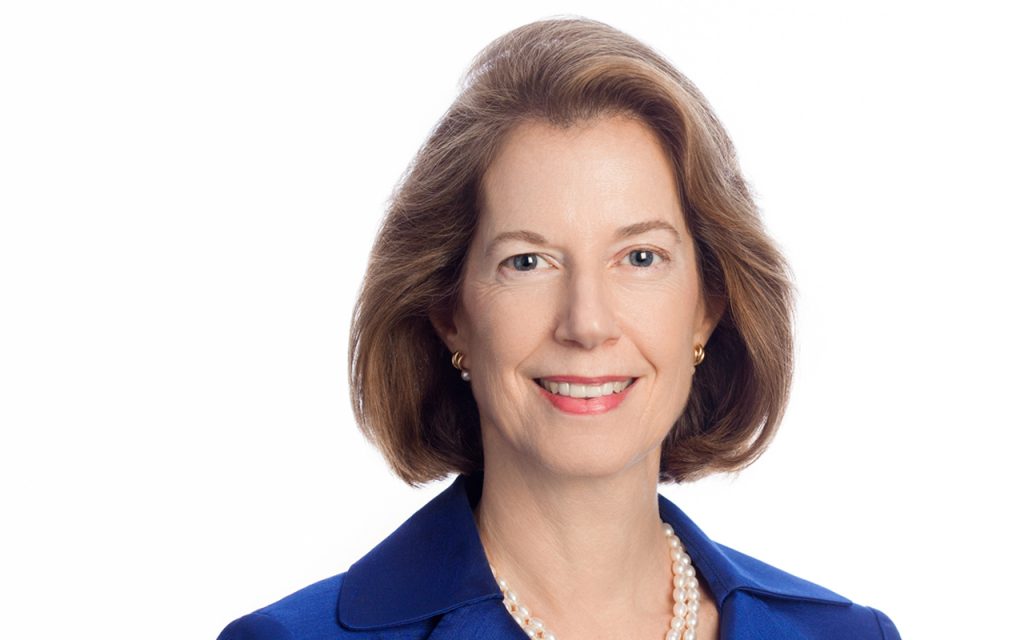 “I am absolutely thrilled to be joining with colleagues at Sanford and the Polis Center to explore how we can help bridge differences in an increasingly polarized country and world. I am looking forward to hosting a series of discussions with students during the Spring 2022 semester that will examine some of the biggest challenges the United States faces in formulating an effective foreign policy and what the next generation of leaders can do to help address them. America’s strength is more than military power; it’s also the power of example that we offer as we build a more inclusive and equitable society here at home.”

Ambassador Miriam Sapiro has held a number of senior positions in the U.S. Government and the private sector. At the White House and the State Department, she led teams that addressed foreign policy, national security and economic challenges around the world. She has extensive experience working in the private sector with companies and non-governmental organizations on crisis management and international policy issues.
READ FULL BIO

Upon confirmation by the Senate, Miriam served as Deputy and Acting U.S. Trade Representative (USTR) during the Obama Administration. After USTR, she joined the Brookings Institution as a Non-Resident Senior Fellow. Her previous government service includes working in the White House at the National Security Council as Special Assistant and Counselor to the President, and as a Director of European Affairs during the Clinton Administration. She began her career as an international lawyer in the Office of the Legal Adviser at the State Department before joining the Secretary of State’s Policy Planning Staff. In the latter role, she helped negotiate the Dayton Peace Accords that ended the war in Bosnia. She is the recipient of two Superior Honor Awards from the State Department.

Miriam is a Managing Director at the communications firm Sard Verbinnen. She serves as a Senior Advisor (non-resident) at the Center for Strategic and International Studies (CSIS). She is a member of the Supervisory Board of the Lufthansa Group, the Board of Directors of Project HOPE, the Advisory Board of Asia House, the Panel of Conciliators of the International Centre for Settlement of Investment Disputes at the World Bank, and the Council on Foreign Relations. She has taught international law as an Adjunct Professor at NYU School of Law, Georgetown University Law Center, and Columbia University’s School of International and Public Affairs.

Miriam graduated Phi Beta Kappa from Williams College with highest honors in Political Science and received her J.D. from NYU School of Law, where she was an editor of the Law Review. She attended St. Antony’s College, Oxford University, as a Rotary Fellow. She is a frequent commentator for major news outlets, including The New York Times, The Wall Street Journal, Financial Times, The Washington Post, NPR, CNBC, CNN, Newsweek and Bloomberg.