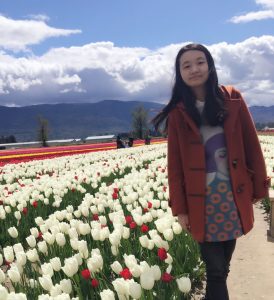 I am a fourth-year Ph.D.  candidate in the department of mathematics at Duke University. My advisor is Jayce Getz.  I’ll be on job market this coming fall.

My research interests lie in number theory, mainly in automorphic forms and L-functions. Specifically, I proved a generalization of the Poisson summation formula arising from conjectures of Braverman and Kazhdan, L. Lafforgue, Ngo and Sakellaridis. We hope to apply the summation formula to show/give insights to the analytic properties of higher rank triple product automorphic L-functions.

I am also interested in topics in arithmetic topology. With collaborators, we worked out an application of A^1-homotopy theory to the count of plane conics meeting eight lines in P^3 over perfect fields.

I am also interested in other topics in algebraic number theory and arithmetic geometry, and I’m especially interested in their connections/applications to the Langlands program.

I received my Bachelor’s degree in 2018 in Mathematics and Music at University of British Columbia, where I worked on modular forms and multiplicative number theory under the supervision of Greg Martin.

Before that, I was graduated from The High School Affiliated to Renmin University of China (RDFZ). The header image is the Corner Tower of The Forbidden City in my hometown: Beijing, China.