The Law in These Parts: A Discussion with Ra’anan Alexandrowicz 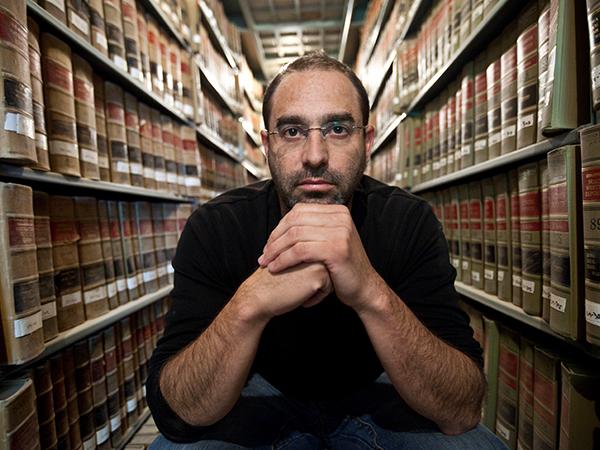 Israeli film director and screenwriter Ra’anan Alexandrowicz comes to Duke to discuss his award-winning film, The Law in These Parts, a documentary that sheds new light on the Israeli-Palestinian conflict from an unexpected perspective. Alexandrowicz interviewed nine military judges in attempt to understand how Israel created a new legal system to control the Gaza Strip and West Bank after occupying them in 1967. Alexandrowicz will discuss, and foster discussion, about the questions his documentary raises: Can an occupation be achieved within a legal framework that includes genuine adherence to the principles of rule-of-law? Should it? What are the costs that a society engaged in such a long term exercise must bear? And what are the implications of the very effort to make a documentary film about such a system?

Ra’anan Alexandrowicz was born and raised in Jerusalem, and graduated from the Sam Spiegel School of Cinema and Television. Following his studies he moved to Tel Aviv, and made the documentary film “Martin” (1999), which won the Wolgin Prize at the Jerusalem Film Festival. It portrayed the story of an elderly Holocaust survivor who lives near the museum at the Dachau concentration camp, and offers tourists an alternative commentary to the official guides’ explanations. His most recent documentary, “The Law in These Parts”, was released in 2011, winning the Best Documentary award at the 2011 Jerusalem Film Festival and the World Cinema Grand Jury Prize in Documentary at the 2012 Sundance Film Festival. Two years later, Alexandrowicz made “The Inner Tour,” followed by the feature, “James’ Journey to Jerusalem” (2003 ). He and his partner, and their two children, live in Jerusalem.