International Law and 50 Years of Occupation 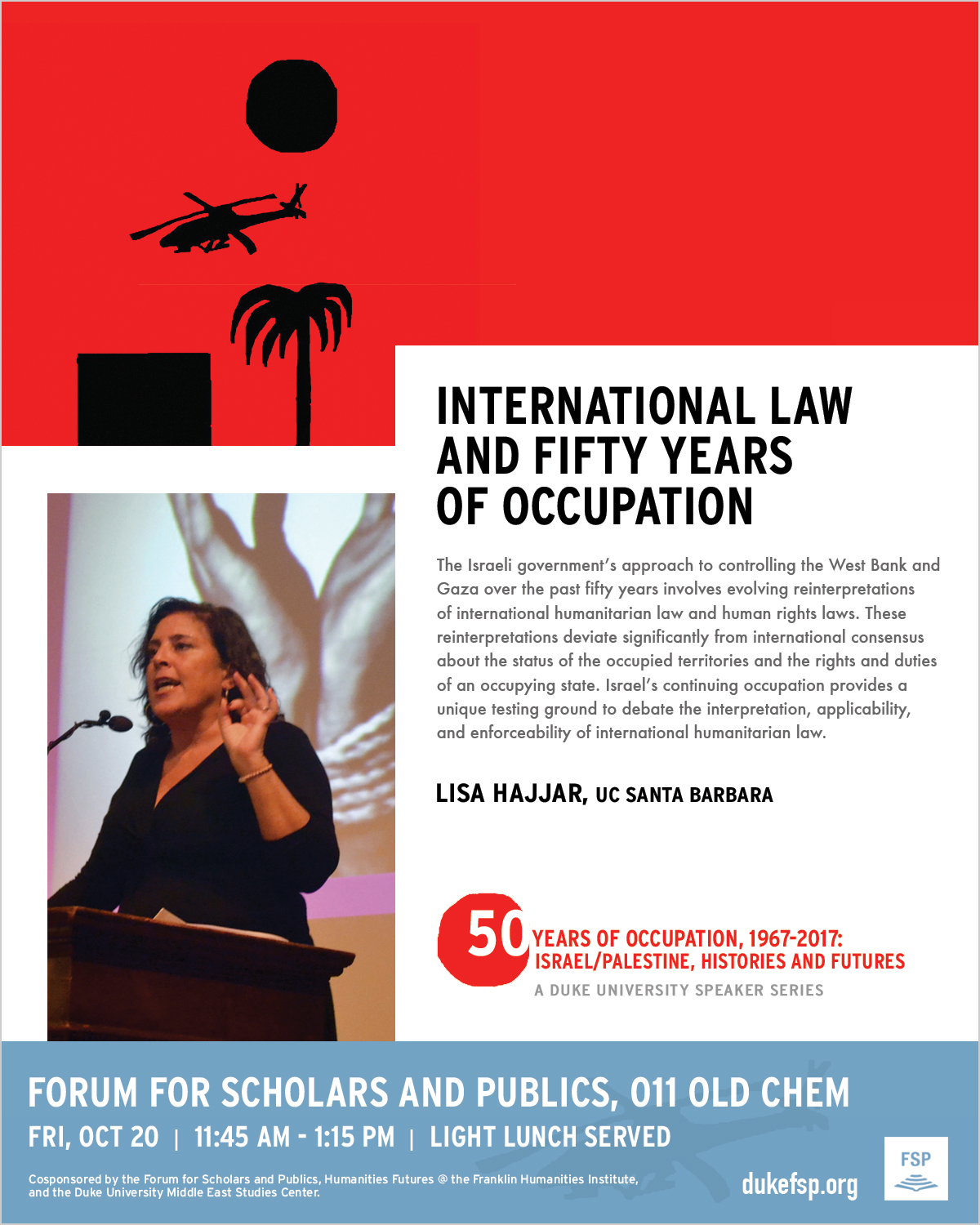 Lisa Hajjar is a professor of sociology at the University of California – Santa Barbara. Her publications include Courting Conflict: The Israeli Military Court System in the West Bank and Gaza (University of California Press, 2005) and Torture: A Sociology of Violence and Human Rights (Routledge 2013). She is currently working on a book tentatively titled, The War in Court: The Legal Campaign against US Torture in the “War on Terror.” Her work focuses mainly on issues relating to law and conflict, military courts and occupations, human rights and international law, and torture and targeted killing.