Enabler or Peacemaker? U.S. Policy and the Israeli-Palestinian Conflict 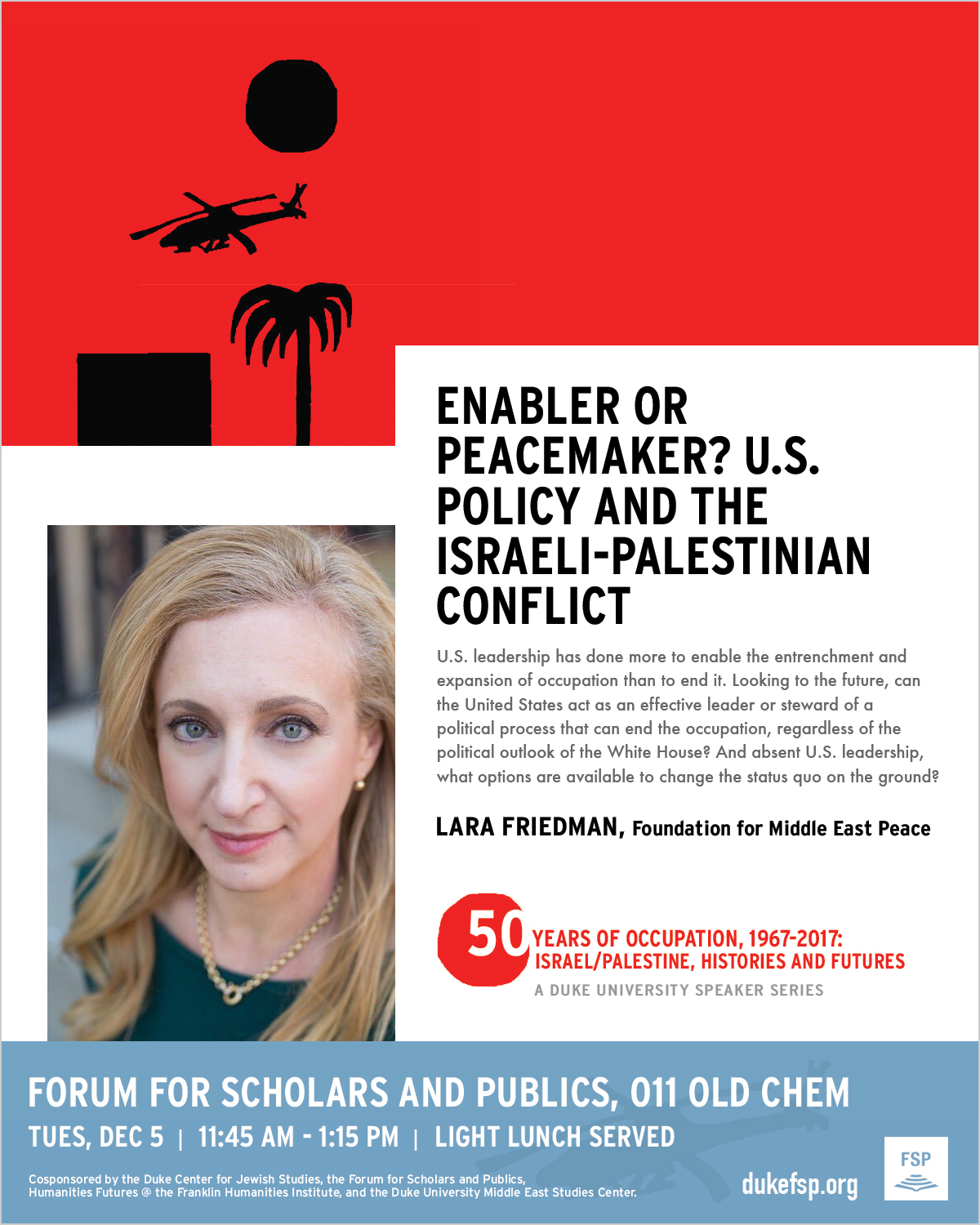 Lara Friedman is the President of the Foundation for Middle East Peace. Previously, she was the Director of Policy and Government Relations at Americans for Peace Now, and before that she was a U.S. Foreign Service Officer, serving in Jerusalem, Washington, Tunis, and Beirut. Lara is a leading authority on U.S. foreign policy in the Middle East with particular focus on the Israeli-Arab conflict, settlements, and Jerusalem, and on the role of the U.S. Congress. She frequently briefs Members of Congress, Administration officials, and others in the foreign policy/national security community, and is regularly published in the U.S. and Israeli press.