The Anthropologist and the Settler: Updates from the Field in Israel/Palestine 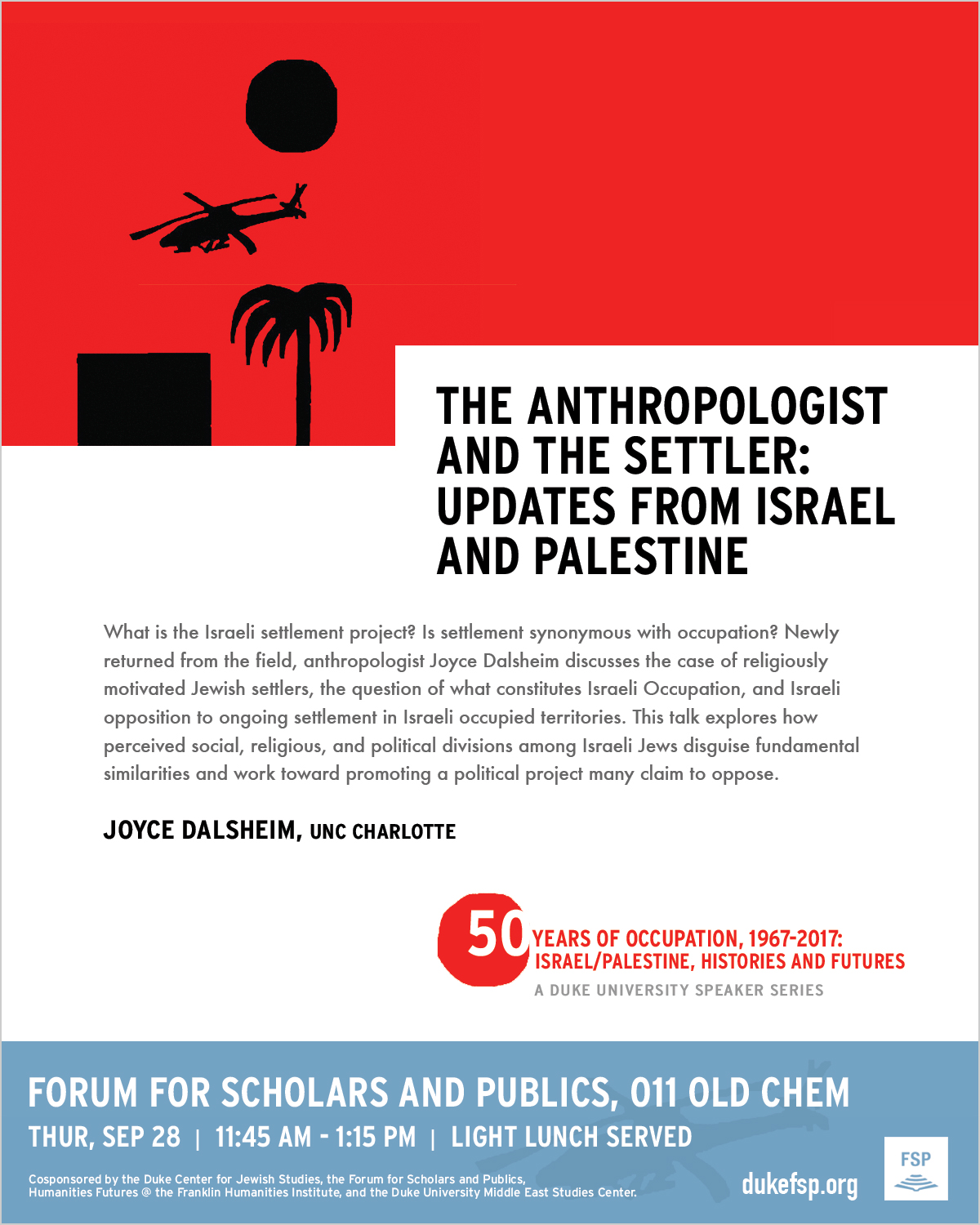 Joyce Dalsheim is a cultural anthropologist in the Department of Global Studies at UNC Charlotte. Her work deals with issues of nationalism, religion and the secular, and conflict, primarily in Israel/Palestine. She has written about conflicts over the Jewish settlement project in Israeli Occupied Territories, the moral grounds of conventional peacemaking, and how contemporary critical and postcolonial theory illuminate issues of sovereignty, citizenship, and alterity among national majority populations. She is author of Unsettling Gaza: Secular Liberalism, Radical Religion and the Israeli Settler Project (Oxford University Press, 2011), and Producing Spoilers: Peacemaking and the Production of Enmity in a Secular Age (Oxford University Press, 2014). Her current research looks at how the Jewish Question is transformed when Jews become sovereign citizens in their own nation-state.