Human Rights on Camera in the Palestinian West Bank 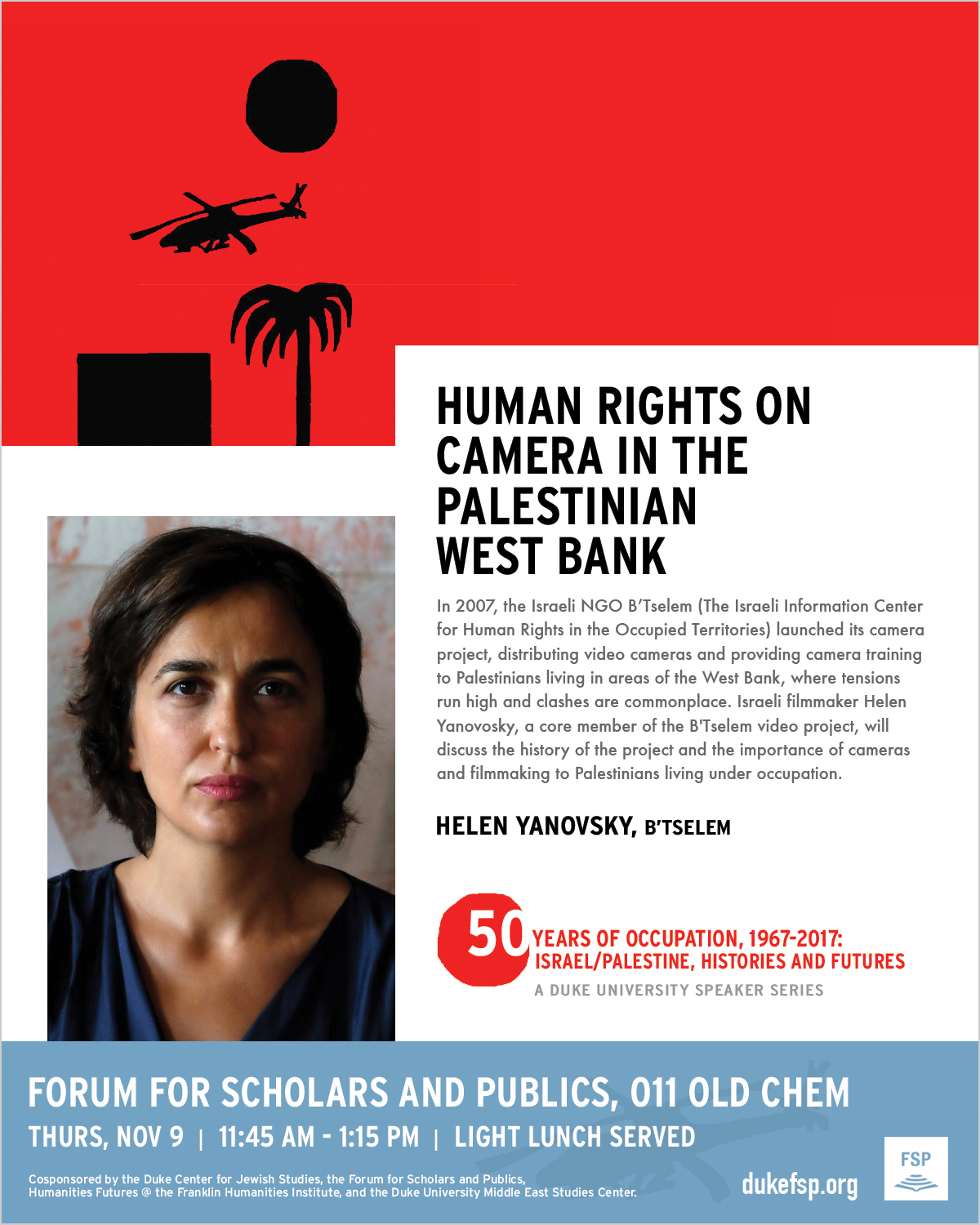 Helen Yanovsky is a documentary filmmaker and B’Tselem’s video archive manager. She holds a BA in Theater and Film from Georgia State University, Tbilisi, Georgia, and an MFA in Film Directing and Production from Tel Aviv University. Her first documentary feature, Jerusalem Boxing Club, premiered at the 2015 Jerusalem Festival. She is also a producer of The Boy From H2 (2017), created in collaboration with B’Tselem’s field researchers and Camera Project volunteers in Hebron, which premiere at the 67th Berlinale.

The Boy from H2 follows 12-year-old Muhammad Burqan, who lives in Area H2 of Hebron, a section of the city under full Israeli control. Israel imposes severe restrictions on the movement – by pedestrians and by car – of some 43,000 Palestinians living there. In Area H2, soldiers routinely detain children on suspicion of stone-throwing. Muhammad, who has nine siblings, is one of those children. His life revolves around his crowded home and the street, where he must deal with the constant presence of Israeli security forces and settlers.