President Trump’s efforts to push Mexico to take a harder line stance on immigration enforcement overlooks the country’s challenge in balancing the enforcement of its immigration laws with providing Central American migrants with humanitarian protection. Rather than pursuing this strategy, the Mexican government’s challenge requires additional investment in its refugee system from the United States to help the country—and the broader region—effectively manage the historic influx of Central Americans seeking humanitarian protection in Mexico and the United States.

In December 2018, U.S. President Donald Trump began a concerted effort to publicly pressure Mexico to clamp down on the number of Central American migrants entering Mexico to reach the United States-Mexico border and claim asylum. While President Trump backed down from his threats to shut down the U.S.-Mexico border, he has continued to push the Mexican government to solely focus on deporting Central American migrants and stop their travel north. However, this strategy overlooks Mexico’s challenge in balancing the enforcement of its immigration laws with providing Central American migrants with humanitarian protection, an effort that requires additional investment from the United States to help Mexico—and the broader region—effectively manage this extraordinary migration event. 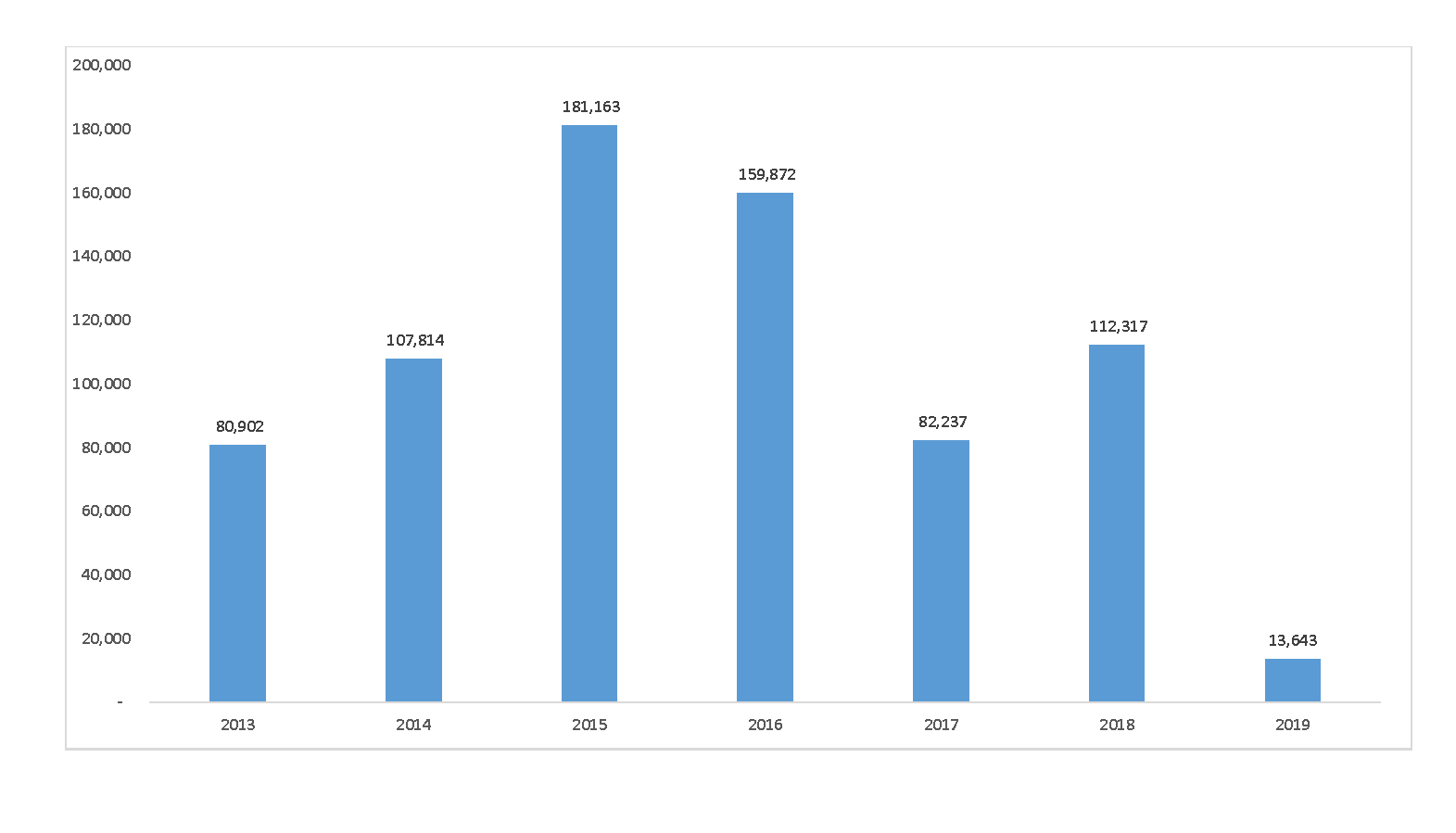 * Note: Data from 2019 only covers January and February of that year.

Mexico has also removed more Central American migrants through assisted returns[1] during this period. As Figure 3 shows, Central American assisted returns increased from 68,772 in 2013 to 138,927 in 2015. Much like migrant returns, the number of Central American assisted returns also decreased in 2017 after Trump was elected to 60,279 before rebounding to 82,795 in 2018. This data shows that the Mexican government has used a range of tools to forcibly or voluntarily remove migrants since 2013, showing that it has made immigration enforcement a key priority. Although the data in Figures 1 and 2 do not present enough information to assess if President Andrés Manuel López Obrador will maintain this pattern in 2019, the Mexican government’s recent crackdown on migrant caravans suggests that his enforcement priorities may not deviate significantly from Enrique Peña Nieto’s administration. 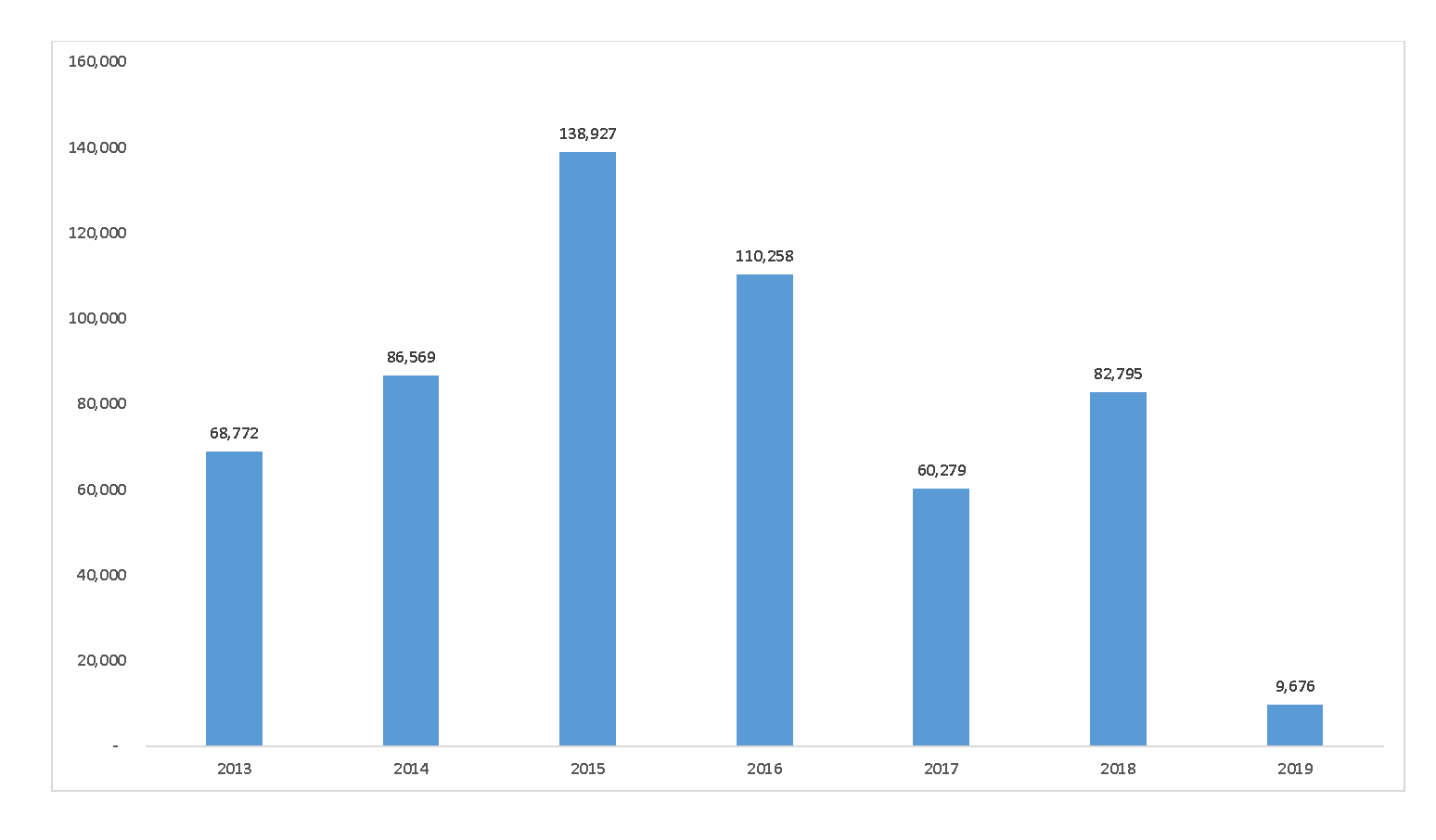 * Note: Data from 2019 only covers January and February of that year.

Still, the Mexican government has not shirked its efforts to provide humanitarian protection to these populations during this period. As Figure 3 shows, the number of applicants who received refugee status increased from 280 in 2013 to 4,195 in 2017, with Hondurans, Salvadorans, and Venezuelans accounting for most of these cases. More applicants have also received “complementary protection”[2] status during this period, with the number growing from 33 in 2013 to 1,591 in 2017, with primarily Hondurans and Salvadorans receiving this status. 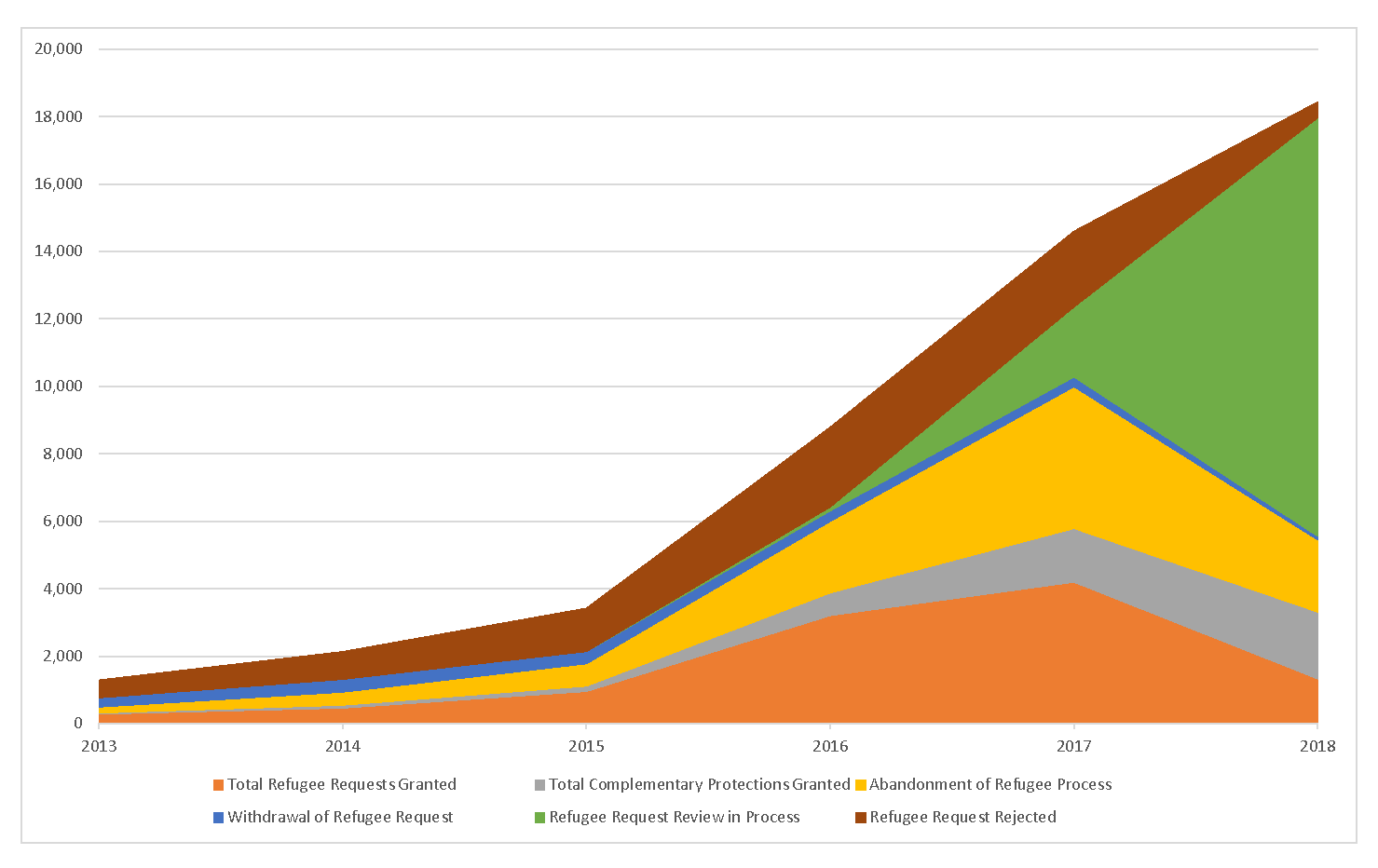 *Note: the 2018 data in Figures 2 covers only January through September of that year.

Additionally, the Mexican government has issued an increasing number of other types of humanitarian-based visas, albeit at much lower levels than refugee and complementary protection designation rates. As Figure 5 shows, the number of individuals who received a visa as “visitor for humanitarian reasons” increased from 623 in 2015 to 13,129 in 2018. In sum, the Mexican government has used a range of tools to provide humanitarian protection to migrants in its territories, demonstrating an effort to balance its enforcement efforts with its obligations to humanitarian migrants entering the country. 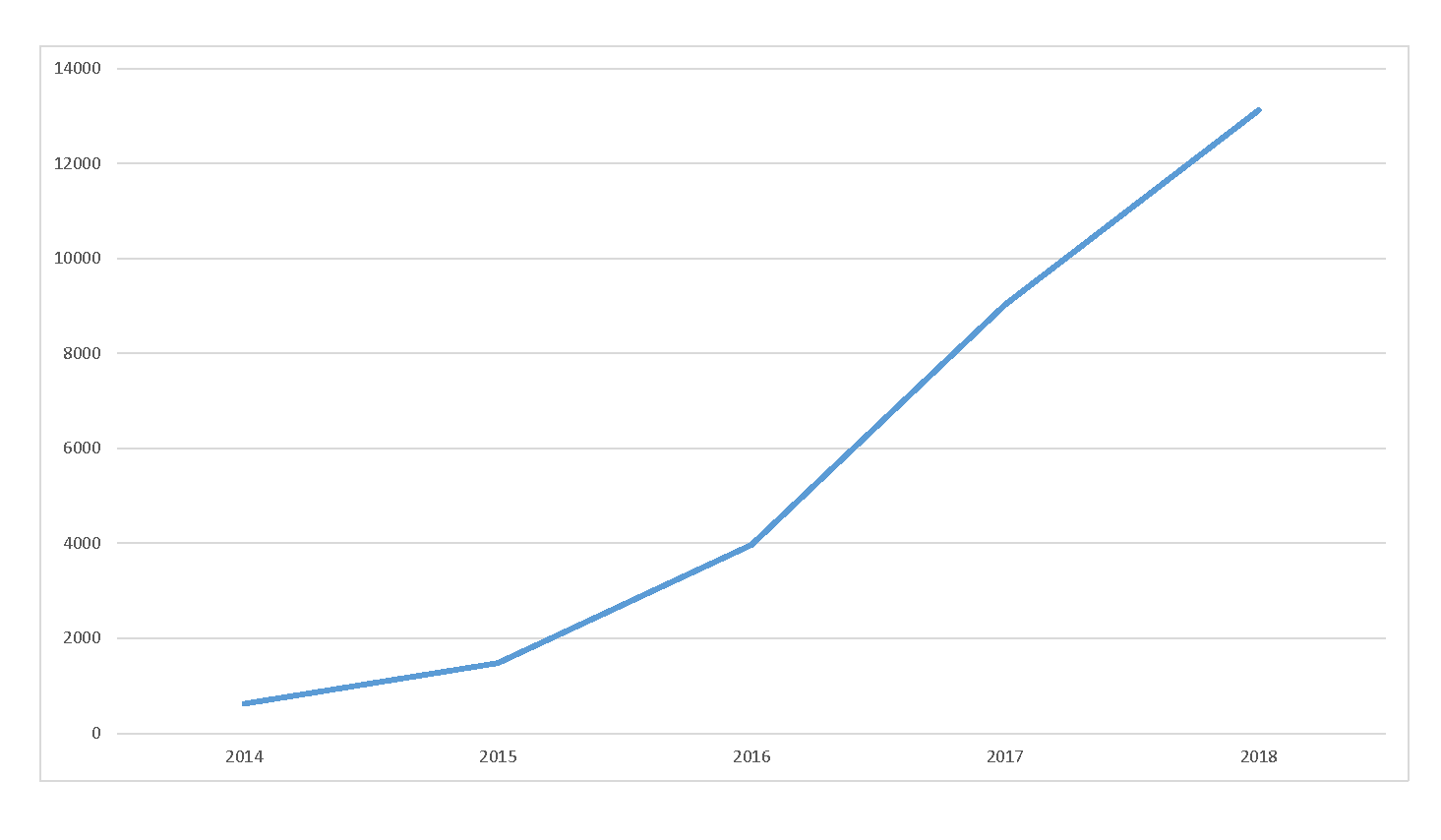 However, Mexico’s efforts to provide an increasing number of individuals with humanitarian protection status faces major administrative and political hurdles. Mexico lacks the resources to manage the influx of these cases, creating a growing backlog that remained at 12,417 cases as of December 2018. The Mexican public has also become increasingly skeptical of these efforts, with an April 2019 survey from El Universal finding that 51.8 percent of its 800 respondents believed that Mexican President Andrés Manuel López Obrador should stop migrants from entering the country.[3] Given that the Mexican Commission for Refugee Assistance (COMAR) estimates that 50,000 individuals will apply for refugee status in 2019, the Mexican government needs additional resources to show an anxious and skeptical public it can manage these flows.

In response, the United States should help Mexico maintain a middle path with its migration policy to manage this crisis. In addition to providing additional funding to COMAR to help the agency hire more staff, upgrade its personnel, and expand its offices, the United States should also work with Mexico to create a permanent Mexican “surge force” that allows the Mexican government to rapidly deploy refugee and humanitarian staff to the country’s southern border to manage extraordinary migration events. To be sure, the United States and Mexico should continue their security cooperation and enforce Mexico’s southern and northern borders against illegal entries and the operations of smugglers. However, these measures should serve the broader goal of ensuring that Mexico can serve as a cornerstone of a regional migration management strategy that balances enforcement and humanitarian priorities to stabilize, manage, and mitigate this extraordinary migration event.

[1] Assisted returns involve instances where nationals from El Salvador, Guatemala, Honduras, and Nicaragua who are 18 years or older and who applied the Mexican government’s assisted return program to return to their home countries.