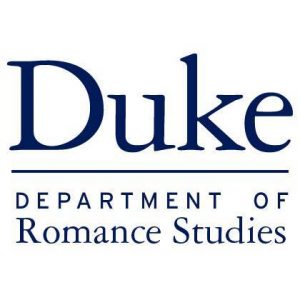 Negotiating Spaces: Positions of Race, Gender, and Sexuality Across the Arts

Dominant historical conceptions of space are shaped by both physical and ideological mechanisms, such as the gendered division of public and private spheres, the race and class-based segregations of urban development, and the policing of non-conforming sexualities. Contributing to these dynamics, accelerated globalization—and the accompanying displacements of populations—has given rise to substantial shifts in the national spaces, cities, and border territories of Europe and the Americas, challenging traditional cultural imaginaries and giving rise to conservative reactions and progressive proposals alike.

“Negotiating Spaces” invites papers which consider space (architectural, geographical, textual, or otherwise) as constructed, conditioned, and coded by a multiplicity of subject positions and forms of encounter. While the “spatial turn” in the humanities and social sciences has placed a strong emphasis on economic and class dynamics, this conference proposes an examination of intersecting matters of gender, sexuality and race as they relate to the production and transformation of space. Of central concern is the “negotiation” of these problems by literary, artistic, and cinematic authors, both in terms of the subjects they represent and their interventions in form and genre. Indeed, artistic conventions often sustain modes of sociability tied to inclusions, exclusions, and distinct types of space. In addition to literary and cultural studies, transdisciplinary scholarship is encouraged from across the humanities, including anthropology, architectural theory, art history, critical race studies, gender and sexuality studies, geography, history, etc. As displacement and encounter with difference are long-standing and global aspects of modernity, papers addressing various historical periods and geographical territories (e.g. Africa, Asia, the Caribbean, Central and South America) are encouraged. Given the global nature of the conference, English is the preferred language, but papers in French, Italian, Spanish, and Portuguese will be considered as well (please indicate this in the abstract).

Please submit 250-word abstracts to rsgradconference.duke@gmail.com by no later than July 16, 2018. Any questions may be directed to the same e-mail address. Accepted participants will be notified by early August.

Suggested topic areas include, but are not limited to: