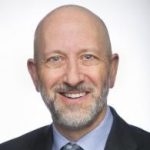 Noah Pickus is Associate Provost and Senior Advisor at Duke University where he focuses on cross-university initiatives including the North Carolina Leadership Forum and the Policy Engagement Program. A Professor of the Practice at the Sanford School of Public Policy, he is also a Dean at Duke Kunshan University with responsibilities for curriculum, faculty and pedagogy. Noah was previously the Nannerl O. Keohane Director of the Kenan Institute for Ethics (KIE) at Duke University, and, prior to that, he was the founding director of the Institute for Emerging Issues under former Governor James B. Hunt Jr. at NC State University.

An American Council on Education Fellow at Franklin & Marshall College, Noah currently co-directs the Arizona State University-Georgetown University Academy for Innovation in Higher Education Leadership Intensive Program. He previously co-directed the Brookings-Duke Immigration Policy Roundtable and is the author of True Faith and Allegiance: Immigration and American Civic Nationalism (Princeton University Press) and Immigration and Citizenship in the 21st Century (Rowman & Littlefield), as well as articles and opinion pieces on innovation, globalization, and higher education.

Noah is the author of multiple policy reports including Breaking the Immigration Stalemate: From Deep Disagreements to Constructive Proposals, Becoming American/America Becoming, Jump-Starting Innovation: 10 Principles to Guide the New Economy, Biotechnology and Humanity at the Crossroads of a New Era; and Liberal Arts and Sciences Innovation in China: Six Recommendations to Shape the Future.

Noah teaches courses on immigration and higher education. He has previously taught at Middlebury College as well as in China and Israel. He has held fellowships from the Thomas J. Watson Foundation, the A.W. Mellon Foundation, and the H.B. Earhart Foundation. Noah earned a bachelor’s degree in the College of Social Studies at Wesleyan University and a doctorate in politics from Princeton University.