Today I had a conversation with a six-year-old about what she wanted to be when she grows up. Recalling my youth I remembered that about 90% of my friends would answer with “mom” when asked this question. She answered that she wanted to be a therapist, and help people. The fact that I was surprised about her answer saddens me for many reasons, but mostly because our heteronormative system entrenches the distinction between boys and girls in all our minds. Watching Frozen ten bazillion times in the last two weeks has helped me learn all the lyrics by heart, and also aided me in analyzing what messages we send into the world for children these days. Frozen in many ways forms one of the most progressive Disney movies so far in terms of the number of messages of misogyny and heteronormativity, guised under the glitter of snow queens and princes (overlooking all the issues with race and class it still has).

I have had so many conversations already in two weeks with young boys about what is considered “girly”, and why they refuse to participate in any activities that would associate them with anything feminine. I have tried to pinpoint where exactly children pick up the binary messages, and the reason I have failed is that they are everywhere. The reality is that movies like Frozen are NOT the only ones that send messages of gender binaries; schools, movies, books, families, and laws all reinforce these gender stereotypes for children. I sometimes hear some of my colleagues inadvertently affirming children’s beliefs about gender because we fall into easy habits of confirming the binaries that make the world more palatable for young children and ourselves.

This made me wonder when gender becomes pertinent to a child’s identity.

When an infant comes into this world their first phase in life, according to Margaret Mahler, forms one of blending the inside and outside world. Mommy/Daddy, the infant, and the outside are tethered to one another, and the baby usually cannot distinguish between the three. As a child matures individuation occurs, the child separates itself to form its own self (or ego). Gender socialization forms an important part of this individuation. 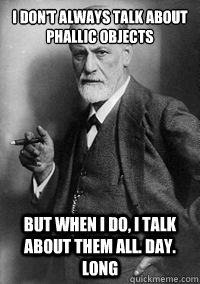 Many theories explain gender socialization: Freud’s psychoanalytic theory, social learning theories and cognitive developmental theories. I can never really get behind on Freud’s psychosexual stages of development, which focus on a child’s genitals. His theories contain some elements of truth, and formed the foundation for many contemporary theories. Social learning theorists contend that the environment can affect a child’s socialization where they learn through reinforcement and behaviors. Meanwhile cognitive developmental theories posit that children learn about their gender “through mental efforts to organize their social world”. All of these theories ignore race, class, family structure, sexuality of parents, and cultural constructions of gender embedded in certain languages and cultures. People think development is universal for all children; NEWSFLASH, no, just no…

A child’s behavior and how the outside world relates to her/him have become predominately defined by their gender. To a child gender identity forms a crucial part of their development. Furthermore they could even develop mental illnesses if they never reach these realizations (mental illnesses and their treatment have also been universalized by Western cultural constructions for the past 60 years, but that’s a whole other issue). According to the “theories” and the “experts”, at the age of five, children should have acquired “gender stability”; they know the permanency of their gender, and realize that certain colors and clothes define gender. Not until the age of seven do children fully understand that people cannot change their outward physical appearance to change their underlying gender (termed gender constancy).

Frozen reflects how we as a society (parents, teachers, sisters, brothers, policy makers, counselors, etc.) have come to accept and reinforce the binaries that will influence the decisions children make in life. What messages we send our children may seem like the tip of an enormously large iceberg, but living in their world every day makes me wonder if a shift in mindset in time could allow for broader systemic change.

1 thought on “Do You Want To Rebuild Society?”