Approved for Release is a short film visualizing psychological experimentation conducted by the United States Defense Intelligence Agency. The main participant attempted to explore a distant place without ever physically traveling there. Transporting his mind through time and space, he detailed a collapsing environment in geologic turmoil. Through the visual presentation of the now released government transcripts, a series of open-ended questions on existence and the consequences of human impact arise. 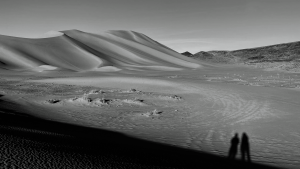 On May 22, 1984, the Defense Intelligence Agency of the United States conducted an experiment attempting to explore the planet Mars without ever physically traveling there. Military officer, Joseph McMoneagle, entered a sensory deprivation tank and endured a process called remote viewing. Transporting his mind through time and space, McMoneagle visualized a collapsing environment in geologic turmoil. 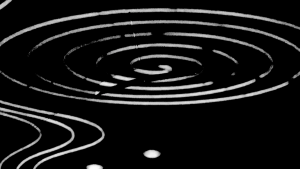 The experiment’s transcription was structured similar to a movie script, an ideal starting point for a film. Yet, beyond its original intention, the nuances of the words allowed for contemplation on the present and past of both Mars and Earth. Rather than absolute truths, so often desired from government documents, this transcript presented an opportunity for introspection, of the self and the collective. 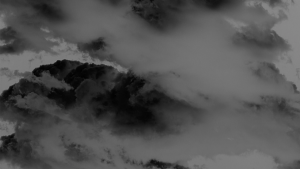 If they were to remove the word “Mars” from the transcript, I could easily think they were talking about the transcendental landscape of the American West. In Nevada, my home state, the stories of science-fiction novels feel eerily similar to local news. To visualize this transcript, I didn’t need to utilize special effects and construct massive sets. Rather, I just needed to go home. 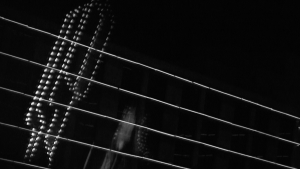 Beyond my own upbringing, Nevada is a microcosm of the relationship between geologic crisis and policy. Hidden within the valleys are systems of extraction. Through its inception into the United States, the land was taken from the Wa She Shu, Numu, Wewe and Nuwu Indigenous peoples. The mining industry quickly began an intensifying system of mineral extrication. As the threat of nuclear war accelerated, 1,360 square miles of land just outside Las Vegas was decimated by nuclear testing. Las Vegas, one of the most rapidly warming cities in the world, continues to market itself to tourists grasping for a consumerist escape. Despite a transcript attached to a parapsychological experience, it displayed striking similarities to the progression of the climate crisis on Earth. 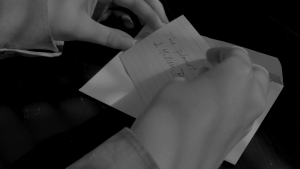 As the American West acts as a visual representation of both Mars and the geologic crisis, it prompts a series of open-ended questions on existence and the consequences of human impact. The short film, Approved for Release, presents an opportunity to consider individual perceptions and assumptions of our own time and space.   EM