I am a theorist working on Quantum Information and Computation.

Currently, I am an assistant professor at Duke University. I have a joint appointment (50/50) at the departments of Physics & Electrical and Computer Engineering.

All my papers can be found here .

The theory of quantum information and quantum computation is an interdisciplinary field at the boundary of physics, engineering, and computer science. On the one hand, it looks at the fundamental limits of nature on computation and communication, and on the other hand, it studies more practical questions, such as how to overcome decoherence and build a fault-tolerant quantum computer, or how to efficiently simulate the ground state and the dynamics of a many-body system. I have broad interests in Quantum Information Science (Read a short overview  of this field).

Here are some of the topics I have worked on in the past: 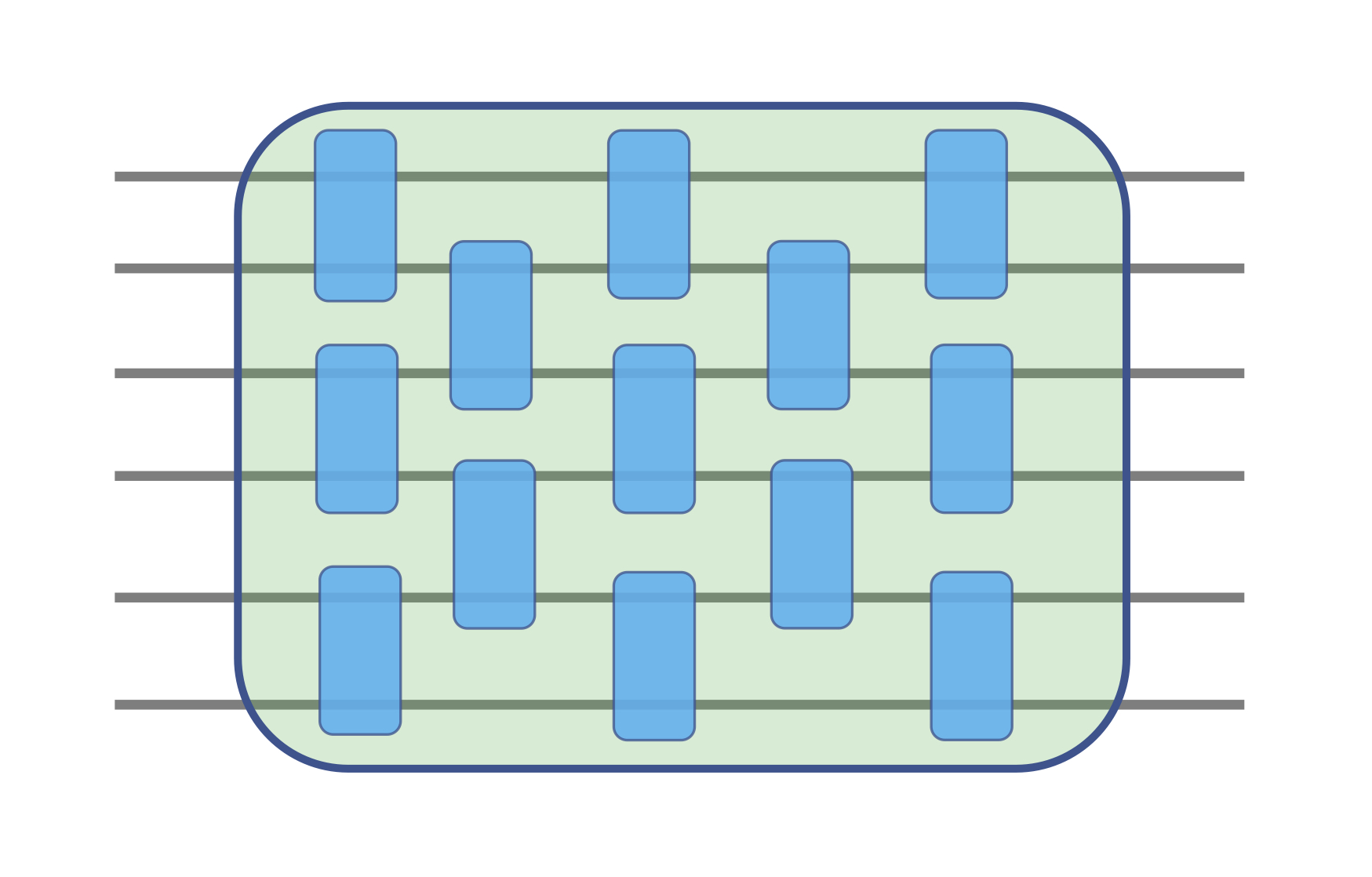 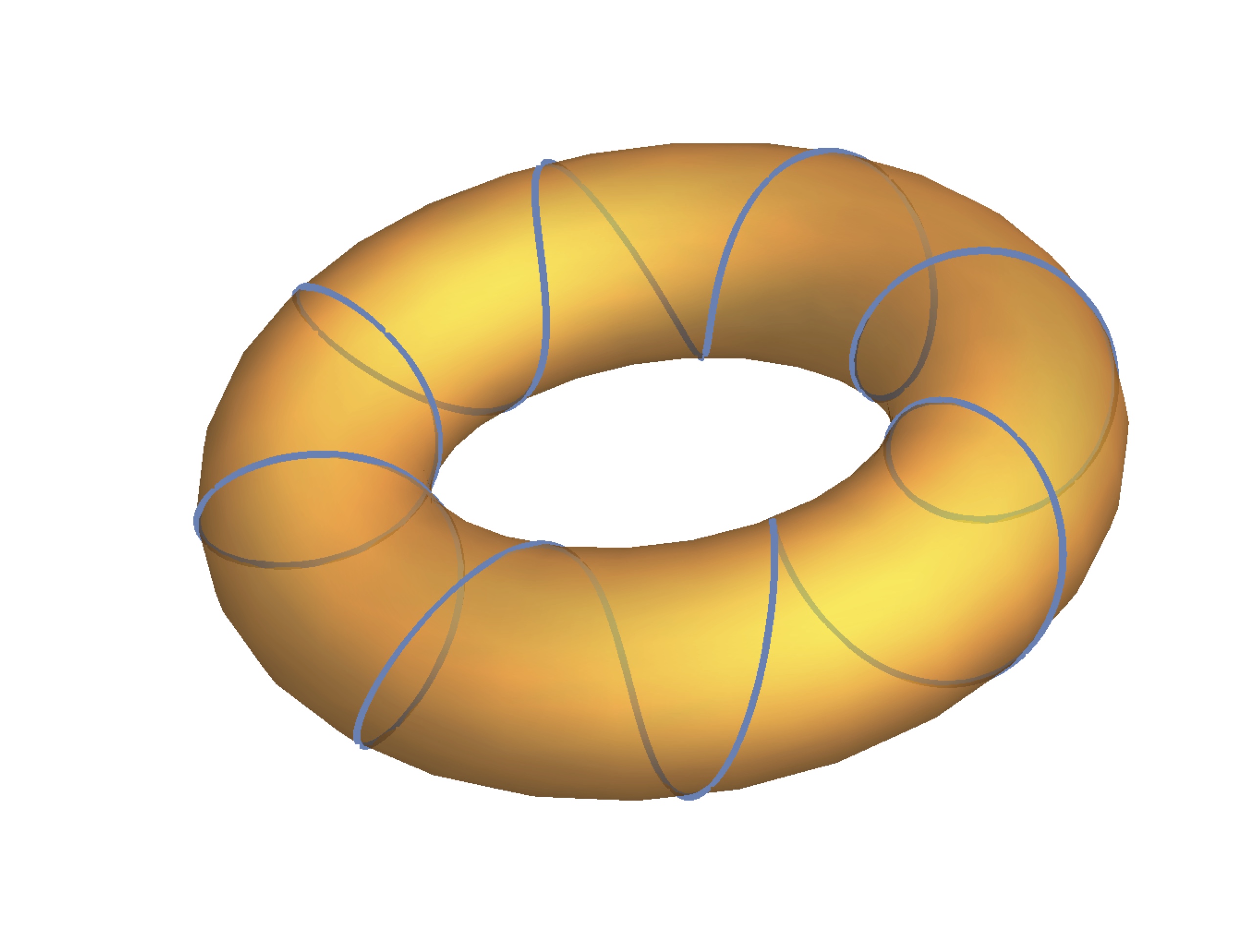 Watch my talk on Local Symmetric Circuits at QIP 2022 .

Overview of the project:

According to a fundamental result in quantum computing, any unitary transformation on a composite system can be generated using so-called 2-local unitaries that act only on two subsystems. Beyond its importance in quantum computing, this result can also be regarded as a statement about the dynamics of systems with local Hamiltonians: although locality puts various constraints on the short-term dynamics, it does not restrict the possible unitary evolutions that a composite system with a general local Hamiltonian can experience after a sufficiently long time.  In a recent paper, I have recently shown that this universality does not hold in the presence of conservation laws and global continuous symmetries: generic symmetric unitaries on a composite system cannot be implemented, even approximately, using local symmetric unitaries on the subsystems. Based on this no-go theorem,  I propose a method for experimentally probing the locality of interactions in nature. In the context of quantum thermodynamics, our results mean that generic energy-conserving unitary transformations on a composite system cannot be realized solely by combining local energy-conserving unitaries on the components. I show how this can be circumvented via catalysis.

Furthermore, we show that any rotationally-invariant unitary on qubits can be realized using Heisenberg interaction, provided that the system can interact with a pair of ancilla qubits. 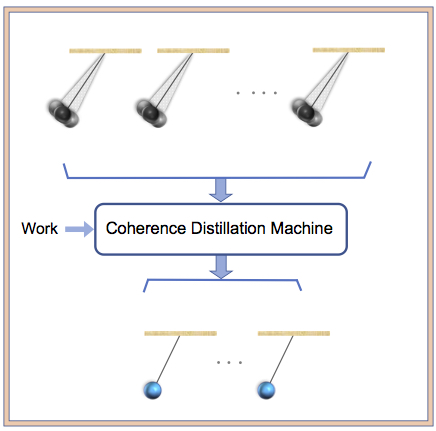 Watch my talk on Distillation of Coherence and Quantum Clocks at QIP 2019 .

What is a Quantum Resource Theory?

If one looks at the scientific history of the theory of entanglement, the turning point is easily seen to occur in the mid-nineties, at the point when researchers in quantum information theory began to consider entanglement as “a resource as real as energy”. It gradually became clear that the entanglement theory should be understood as a framework to study questions about manipulating resource states for performing certain tasks, similar to the theory of thermodynamics. From this point on, entangled states and entangling operations were defined as those states and operations that cannot be implemented when one only has access to Local Operations and Classical Communication. Researchers then began to systematically answer questions such as: under this kind of restriction when is it possible to convert one resource state into another? How do we quantify the resource? What is the resource cost of simulating an operation? Subsequently, motivated by the success of the resource theory approach to entanglement, many researchers started applying this approach to understand other properties of quantum systems, such as coherence, asymmetry and athermality in quantum thermodynamics. 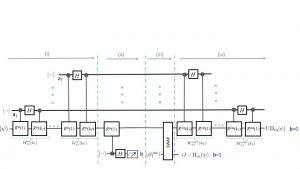 Watch my talk  on Universal Quantum Emulator at  TQC 2019 .

I completed my PhD in Physics in October 2012 at the University of Waterloo and Perimeter Institute for Theoretical Physics in Waterloo, Ontario. My PhD thesis is titled Symmetry, Asymmetry and Quantum Information, and is available here.  After PhD, I worked at the University of Southern California (Nov 2012-Aug 2015) and MIT (Sept 2015-Dec 2017) as postdoctoral researcher. I joined Duke university as an assistant professor in January 2018. 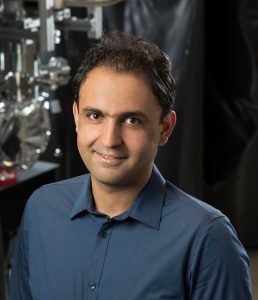