Want to animate an image?

Perhaps give these a try:

On Friday the 14th, we watched this video of Duke’s Dr. Peter Haff (Environmental Engineer) in conversation with media philosopher Erich Hoerl. The students were asked to shutter their devices and instead take notes, in the style of RSA Animate, using marker and paper. I sketched notes too… 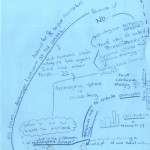 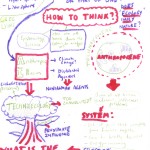 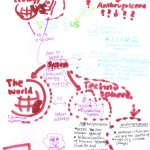 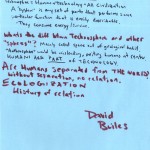 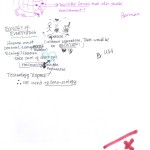 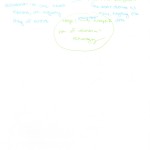 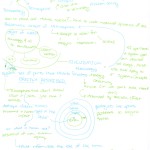 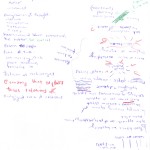 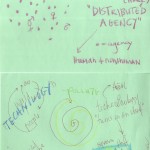 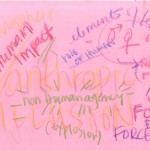 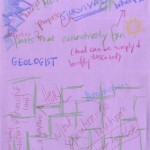 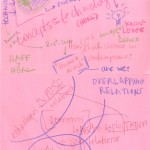 A week without technology may not seem as far fetched as other popular challenges happening nowadays. But when we consider how much technology influences our lives, we can see how giving up technology for a whole week can set us back weeks in terms of work and communication. Technology not only connects us to others, but it also provides us a sense of responsibility. We rely on technology to help us with our work and careers. Without it, we wouldn’t be able to keep up the fast paced life it provides us. This challenge may not be useful as a long-term commitment, but it can grant us the realization that our lives heavily rely on its advancement.

Companies out there have realized how technology is integrated in modern day society. Google for example, has manufactured Google Glasses, a product that can provide you with basically everything a laptop and cell phone can right in front of your eyes. With the practicality of Google glasses, it’s expected of them to be as popular as other technological products, but on the contrary, according to Forbes, “Google Glass will go down in the annals of bad product launches.” But why? Mostly, it’s due to the fact that people “can’t identify an actual use for the product.” It’s a product “ahead of its time,” with a confused potential-customer base. All in all, it’s a new product, which has earned some consumers. Buy utilizing Google glasses, people augment their realities since they see the world through technology, literally.

Technology in the larger context

Information technology might strike us as something intangible and the theory of which only computer scientists and coders can grasp. However, neither the intangibility nor exclusive intelligibility is the case here. True that one must have some knowledge about computer science to construct and understand computer architecture, that is not the whole picture of the generation, transmission and reception of information. The physical reality of information science has been neglected by the public because of its complexity and, one might say, the inconvenient truth behind it.

The core of the physical make-up of information devices, i.e. computers and cellphones, comes from the earth. I may sound like Mr. Obvious right now but this piece of fact has been dismissed/ignored by the public because it is trivial compared to the awe that can be created out of the earth’s product. In other words, the short term gain of conveniency and impressionability outweighs the long term benefit of resource sustainability. Luckily silicon is the second most abundant elements on/in earth and it happens to be the semiconducting element that creates all the awes of information technology. Even though we are not close to depleting all the metals as to depleting crude oil and coal, Jussi Parikka was grave about the reality: “Too often, the extraction of Earth has simultaneously poisoned it, for example, the coltan (columbite-tantalite) mines in Congo, which have fueled bloody wars there.” Industrialization has done this – sucking all the resource out of the earth and turning them into disorganized energy form called heat – at an increasing speed for the past hundreds of years. So information reform, as a natural part of scientific revolution, requires the same process of extracting from the earth and produces the same result of poisoning the earth. Is it too late to stop?

Well, we won’t stop because we are humans who try to profit from everything. One way to look at the issue is that technology reformers have shrunk the size of our devices that require less resource to produce. Also, techno innovators like the Berlin-based artist Martin Howse seeks alternative ways to program computer such as utilizing the byproduct of the nature. “His latest project,” introduced by Motherboard, “Earthboo, boots computers from the naturally-occurring electricity from the earthm, which literally codes the computer. What appears on the screen is actually art.” (Sayej) Projects as such might seem like a freelancer’s recreational product that has no practical use whatsoever. But utilizing what is present, i.e. solar power, geothermal energy, magnetic field etc., will outlast the short-sighted way of consuming energy. The ideology of environmental sustainability should be applied in all subjects of study and industries including information technology. The question we face is not “to be, or not to be” (or is it?), but “to live harmoniously within the environment (and live long), or to have total control over the environment (and die young).”